Athlete of the Week: Devin Crowe 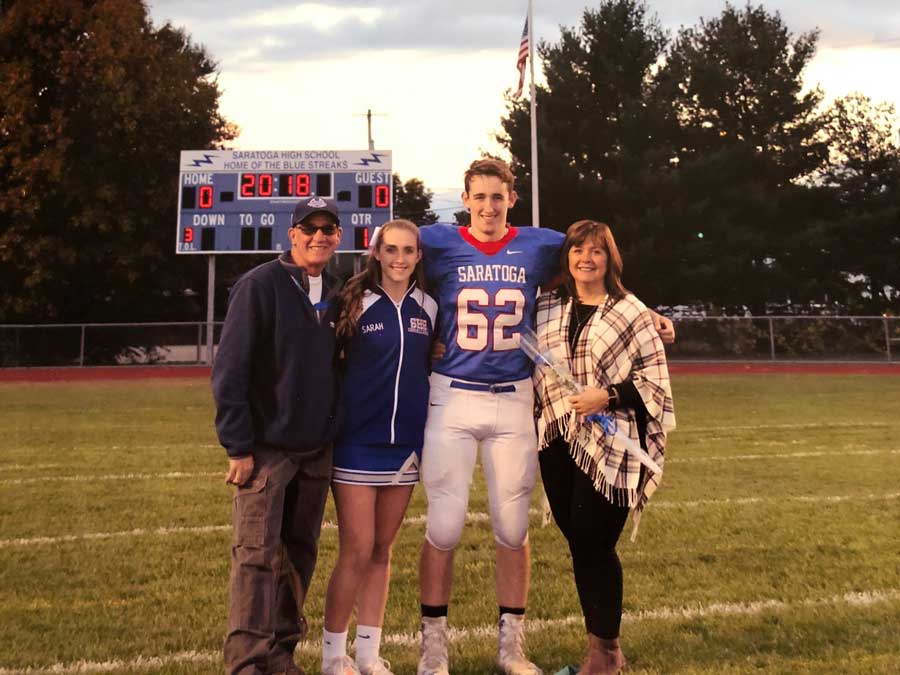 SARATOGA SPRINGS —  Devin Crowe, a 17-year-old senior at Saratoga Springs High School has been wrestling since the fifth grade.

“I got involved because my cousins were wrestling, and I just decided that I wanted to do it. A lot of the kids in the program made me decide to stick with it. Brant Robinson was wrestling at the same time and so we all just started together on modified and then we just kept going,” Crowe explained.

Crowe is a co-captain this year with Brant Robinson and Doug Cooper.

“I like being captain. I like showing the younger guys what is expected of you, how to carry yourself in school, and also how to help the team out when you need it. Maybe when you’re not necessarily supposed to win a match, you’ll still go out there and you’ll fight the entire match. Just don’t have a quitting attitude no matter what the situation is,” Crowe stated.

Crowe was also a captain on the football field where he plays right tackle and defensive end.

“Wrestling definitely helps me with a lot of balance and footwork and stuff like that. During the off season we’re lifting for football so that helps me get a lot stronger. The only thing it doesn’t help you with is getting bigger,” he laughed.

“You’re trying to be bigger for football and smaller for wrestling,” he explained. 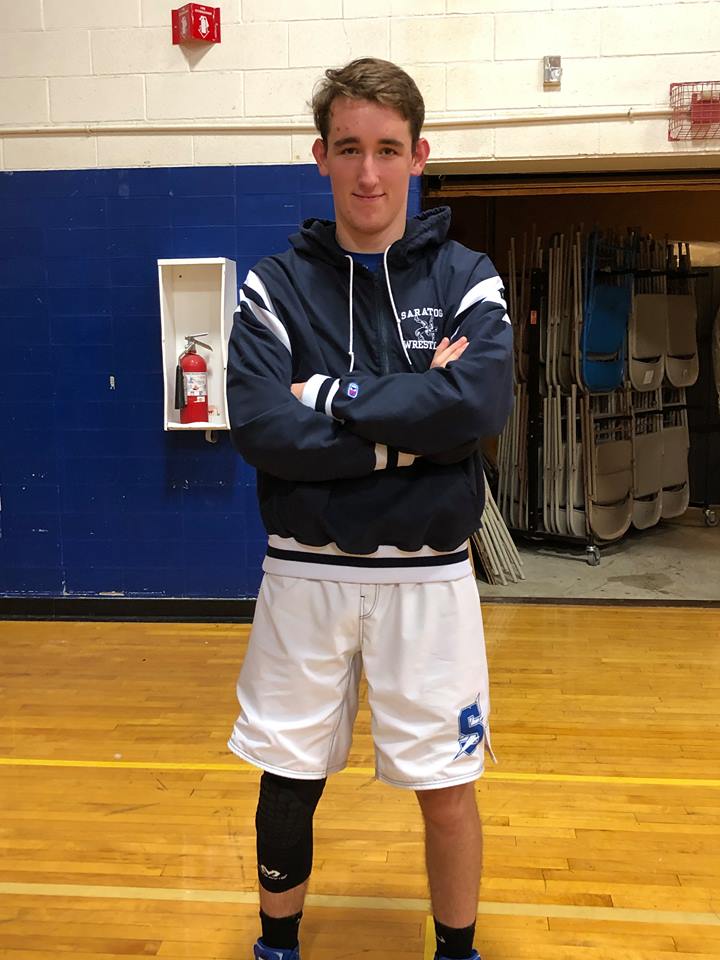 Crowe manages it all by only focusing on one sport at a time. He isn’t mid-football and thinking about what weight he needs to be to wrestle.

“You just take it one sport at a time and go with it,” Crowe said. Crowe manages his wrestling weight, 182, by not eating constantly and not snacking as often. His favorite go-to snack when he can pig out is ice cream. So far this season, he is 8-2.

“Obviously with football, it doesn’t matter how you’re feeling for that individual day. You’ve got to get the whole team on the same page but when it comes to wrestling, you’ve got to get everyone just to have a goal. You have to have a goal in mind for every match and then if you can get everyone to think of that and put their best foot forward, that’s all you can ask them to do. Obviously, you want to win as a team, but you can’t always dictate what the other guys do,” Crowe said, stating the difference between football and wrestling season.

Crowe loves both sports but does have a preference for football, simply because, “you can eat as much as you want all the time,” he laughed.

He is considering playing football in college and is thinking of studying mechanical engineering. His “senioritis” hasn’t hit him yet, he’s averaging a 93 for the school year so far. His biggest support system is his parents, Mike and Cindy, and his grandpa, Dave Gougler.

To catch Crowe in action, check out Sports at a Glance game schedules on page 42.

More in this category: « Saratoga Blue Streaks Wrestling Preview Local All Star Moments »
back to top