SARATOGA SPRINGS — Kerry Flaherty, a senior at Saratoga Springs CSD, has been playing basketball since she was four-years-old and has been on varsity since the eighth grade. Her long-term dedication has paid off. She has officially scored 1,000 points, joining an elite club only a few have succeeded at. Flaherty only plays basketball, which she does yearround with AAU team Albany City Rock. She’s also a part of the Unified Basketball Team at Saratoga, which is a team of athletes and mentally disabled athletes who play a few games each spring. Flaherty’s friend got her involved last year. She is a shooting guard on the court and is committed to Holy Cross to play basketball on a fouryear full scholarship, but she is unsure what she’ll study for a major.

“I’ll just see what fits when I get there,” she said.

She scored her 1,000 point on a foul shot against Colonie. 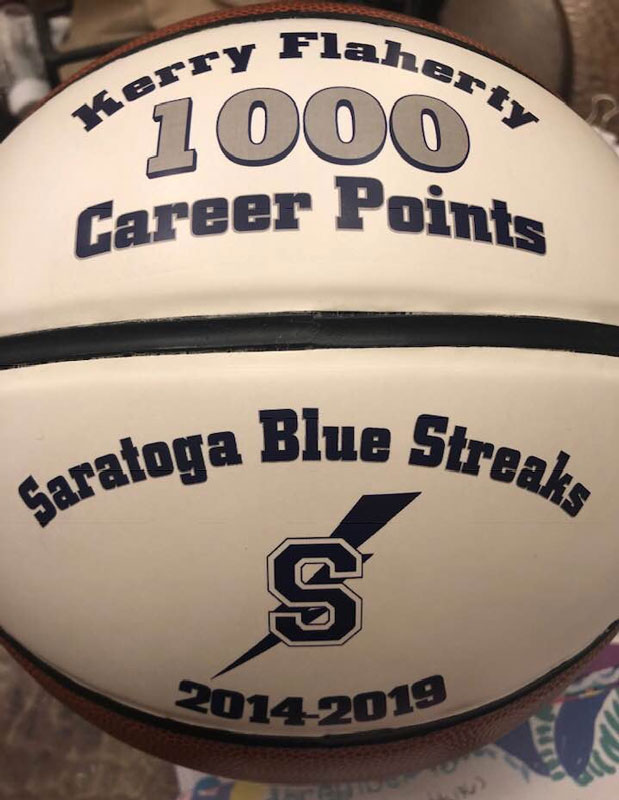 “It was a great accomplishment and I’ve been looking forward to it for a while, so I was happy to get it over with in the beginning of the season,” Flaherty explained. She says the varsity team consists of some of her best friends, “It’s really fun playing together,” she insists.

“It was a great accomplishment and I’ve been looking forward to it for a while, so I was happy to get it over with in the beginning of the season,”

As far as academics go, she is also thriving.

“It’s good, senior year is definitely fun. I don’t take as many classes as previous years and I have more freedom, so I enjoy that,” she commented.

Flaherty credits her parents, Rich and Mary, as her biggest support system.