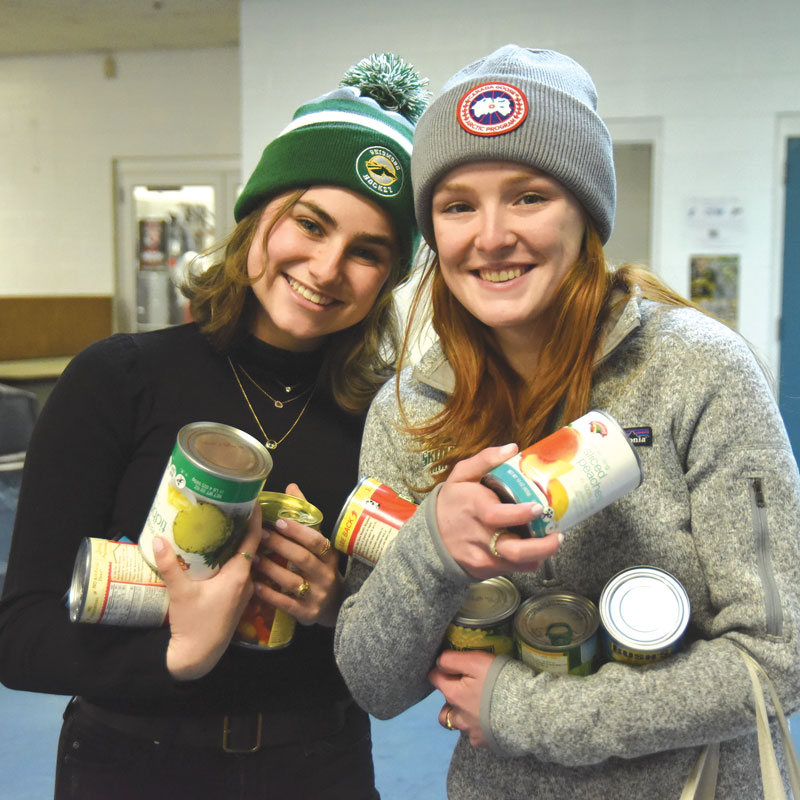 SARATOGA SPRINGS — On Friday, Feb. 1, the third annual Hockey Night was held at the Weibel Ave. and Vernon Ice Rinks. Three years ago, Skidmore College Hockey coach Robert Hutchinson and Saratoga Springs High’s hockey coach David Torres thought of a way to have the Saratoga residents come out and support not only their teams but noble community causes as well.

“Each year we pick a charitable foundation or organization to work with,” said Hutchinson. “This year we went with the Wilton Food Pantry. We heard there was a substantial need there.”

“UMass is a good team, they are one of the top 10 in the country. We knew it was gonna be a tough game,” explained Hutchinson.

“We gave up two early goals which spotted them a lead. We were playing behind most of the game which is tough to do against a really good team.”

Come the third period, the Thoroughbreds got on the board with their only goal of the night, scored by forwarding Matt Wolf. The season isn’t over for Skidmore; they have one more game on Friday, Feb. 8, against Suffolk University before they compete in the playoffs.
“Our sole focus is to get back on track and get the confidence going again and find a way to put the puck in the net. And make sure guys are executing the systems and staying connected for 60 minutes,” said Hutchinson.

Friday night’s game will be to raise funds for the Do it For Daron Foundation, which aims to raise awareness, inspire conversation and transform youth mental health. Knowing that they are improving a community through the sport they have dedicated their lives to helps the team to bring motivation going into the next game.

“I (Hutchinson) think it helps to create a little more motivation… community involvement as a priority.
Read 838 times

More in this category: « Aidan Holmes: Athlete of the Week Local All Star Moments 2.8.19 »
back to top