Vincent Santilli: Athlete of the Week 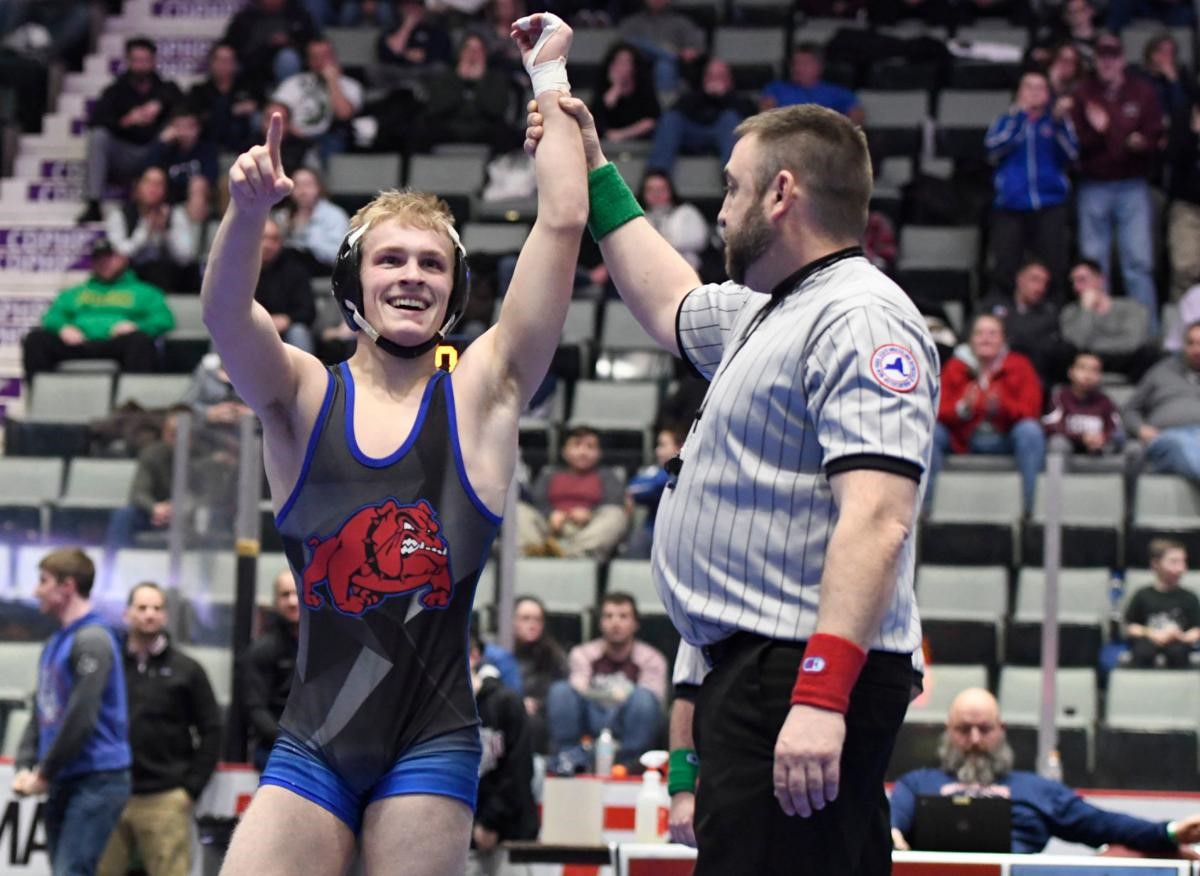 View the embedded image gallery online at:
https://saratogatodaynewspaper.com/today-in-saratoga/sports/item/9678-vincent-santilli-athlete-of-the-week#sigProId2e8a931c49
Photos provided.
SOUTH GLENS FALLS — Section 2 Champion wrestler Vincent Santilli demonstrates how values taught through sports transfer into everyday life.
Santilli, 17, is a senior three-season athlete at South Glens Falls High School. While he plays both soccer and lacrosse, this year he excelled in wrestling as he took home the gold at the Section 2 Division I tournament 1st.
Stacked against two previous competitors from Queensbury and Niskayuna, going into this match Santilli expressed, “I knew I had to do well, and that I had to wrestle my best ever."
Wrestle to his best he did as he won sectionals and progressed to state. Unfortunately, he did not make the top six at the podium.

This past season Santilli used his role as a team captain not only to help motivate his teammates but to instill a sense of team camaraderie in a sport that is heavily focused on the solo performance on the mat. Though a team player, Santilli's favorite aspect of wrestling is going solo to the mat, for the sense of accountability he embodies.
“When playing a team sport you have other people to rely on in a game and if you make a mistake, it might be made up for somewhere else, but in wrestling, it's all you,” said Santilli. “If I mess up it's only me and I have to make up for myself. It kind of helps me with my everyday life. Like in school or a job - I’ve got to be responsible.”
For most student athletes, being responsible means keeping your grades up and showing up to practice, but for a wrestler, making and keeping to your weight class is an additional task to take on.
"An hour before I had to wrestle at the state tournament, I had to lose two pounds...things like that are really tough. But It helps me stay disciplined not only at practice but at home."
In life, many things that are unexacting happen, and it’s an important value to take the obstacles and grow from them. Santilli thanks a minor injury for being a contributing factor in him winning sectionals.
"If I didn't hurt my pinky, I wouldn't have learned to wrestle intelligently and strategically. I don't think I would've won sectionals. I wouldn't have been as focused."
Focusing may be something that Santilli thinks he developed over the course of this season, but his condensed academic and extracurricular schedule shows that this is a skill he’s established through his high school career.
What many may not know is that during the week of states, Santilli was also one of eight student chairpersons for the South High Dance Marathon, which raised $837,859.97 for varying charities.
Santilli hopes to continue his development on and off the mat as he ventures to college.
Read 1121 times

More in this category: « Skidmore Hockey Looks Ahead for Next Season Rockin' Robotics »
back to top