SARATOGA SPRINGS — The Spa Catholic Saints are back for another season, with their sights set on high goals.

Head Coach Alphonse Lambert heads into his 32nd season coaching the legendary team, that was 20-3 last year in the Waseren League, and have been the league’s champions for the past two years.

“Tradition never graduates. The program as of right now, we know what’s expected and we work hard,” said Coach Lambert. “We just try to take one inning at a time…that’s how we’ve been successful.

This year’s team is a veteran team of mostly juniors, seniors and one sophomore. Coach Lambert can name a few outstanding players to look out for this season including Dylan Custer, Dante Merin, and the team’s captains Nicholas Winslow and Terel Tillman.

“He’s (Winslow) a fantastic hitter,” said Coach Lambert. “Nick is one of the best catchers in the area of the catholic districts.”

Tillman, a right-handed pitcher and shortstop is a two-time MVP of the Waseren league and three-time all-state player. According to his stats, and coach Lambert, “he’s one of Spa Catholic’s all-time greatest players.” Team captains Winslow and Tillman are not only talented players but enthused leaders.

“We like to have everyone involved and be a leader because we just do better, and the chemistry is better,” said Winslow.

Coach Lambert would like to focus this season on sharpening up basic skills.

“When you have a team that has a lot of talent, sometimes they do things that are unconventional,” said Lambert. “Sometimes fundamentals get lost in the shuffle, so you have to bring it back to the beginning.”

The Spa Catholic Saint’s first game of the season will be Monday, April 1 versus Hoosic Falls at Hoosic Falls. 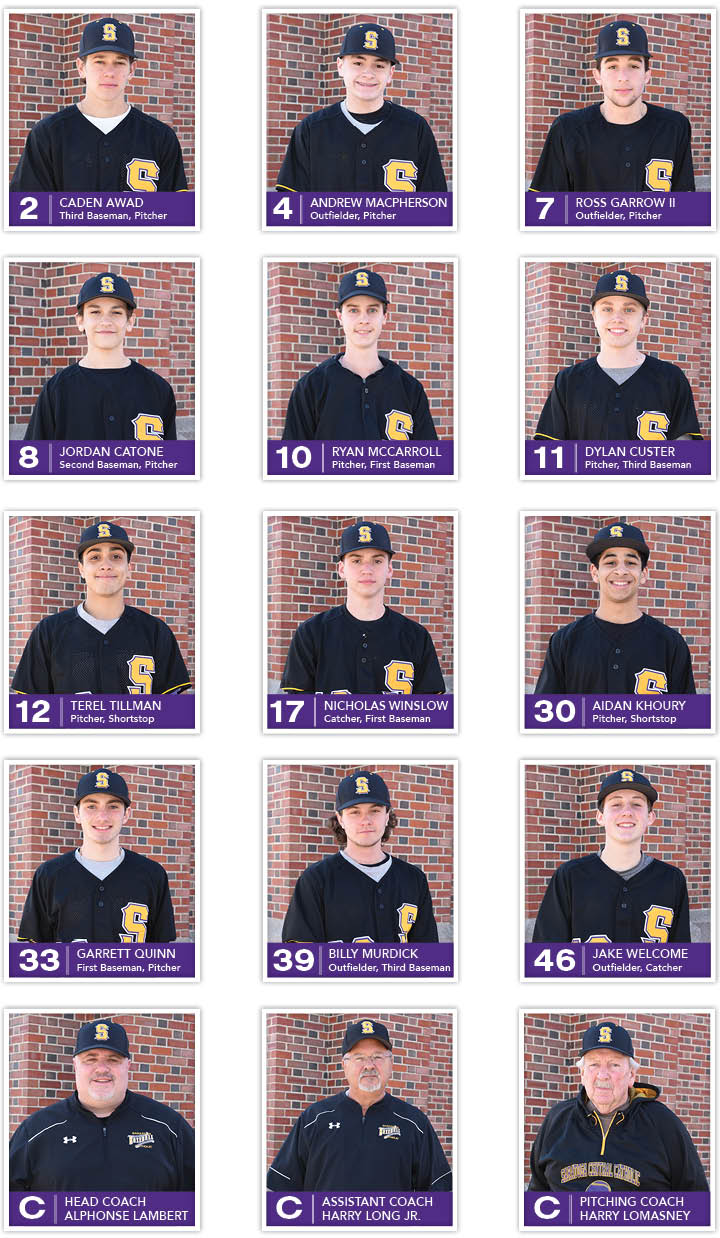 More in this category: « Nine-Year-Old Spa City Ninja to Appear on America Ninja Warrior Horse Trainer Denied H-2B Visas for the 2019 Racing Season »
back to top