Jack Voce: Athlete of the Week 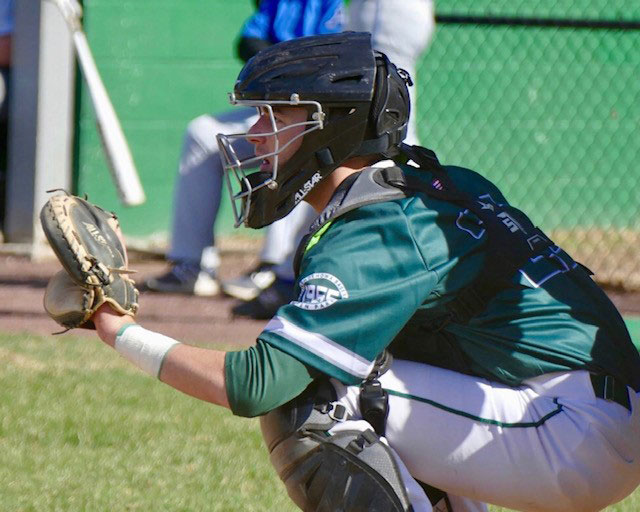 View the embedded image gallery online at:
https://saratogatodaynewspaper.com/today-in-saratoga/sports/item/9872-jack-voce-athlete-of-the-week#sigProId8138a3f932
Photos provided.
CLIFTON PARK — Shenendehowa’s Junior class president and the varsity baseball team catcher Jack Voce, shares how sports aided in his growth as both a player and a person.
Voce began playing baseball at seven years old with the Halfmoon Mariners as their first baseman, until age 11 when he tried his hand at catching. He was inspired by his older brother to take up the sport. Over the years, Voce received a lot of support with his game from his brother, father, and coaches.
"My biggest fan is my mom. My biggest supporters are my parents, my brother — now that he moved to college, that actually made us closer,” said Voce. "It's nice to see that my brother acknowledges my accomplishments, and he's proud of me.
Another person who had a prominent hand in shaping Voce into the player that he is today is Norm Hayner, co-owner of Hayner Sports Barn.
"Everything he taught me — he has all this wisdom. He pushed me to be a better person, better player, on and off the field," said Voce.
Hayner has aided him for nearly every year of his baseball career. Off the field, he’s inspired Voce and taught him humility, and how to stay positive in a game that has a lot of failures.
“He taught me how to focus on what's next and not what happened," said Voce.
His ability to lead his peers on his team and fellow students is certainly another skill he’s acquired through his years playing baseball.
"I've just become more alert, humble, and a leader...I can't be afraid to tell someone what to do. Being a leader helps with being a catcher."
For the past year and a half when Voce is not practicing, he is giving back to a community of young athletes by coaching at youth camps. Voce is continuing to grow and learn as a player and leader and would like to seize more opportunities to inspire the upcoming generation of baseball players.
"I just like to see how kids develop and how I can teach them what I learned, what I know, and just help them succeed."
Read 1451 times

More in this category: « Madison Chandler: Athlete of the Week Baseball Opening Day Weekend at East Side and West Side Fields »
back to top