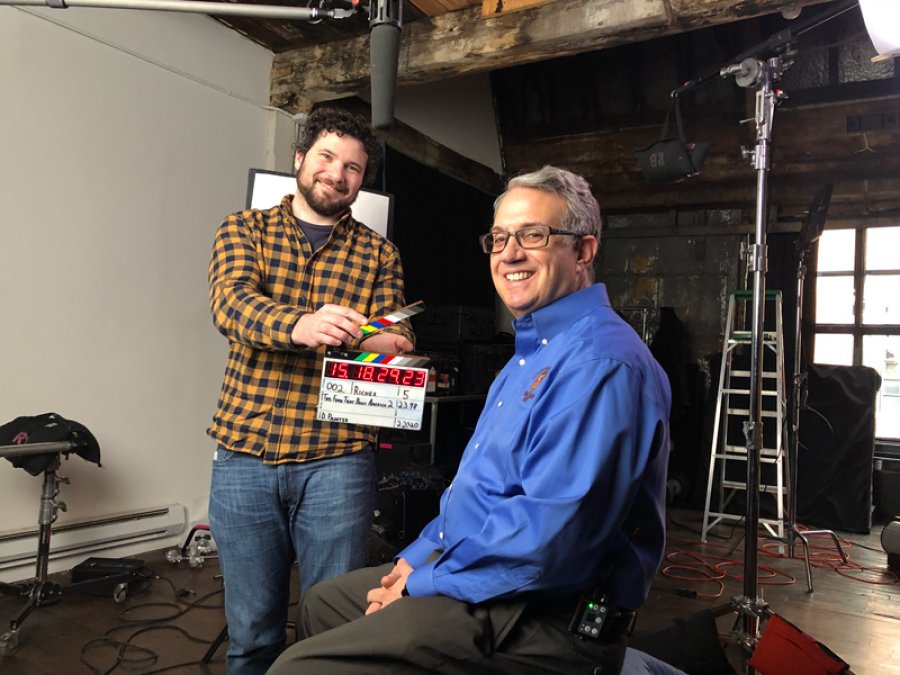 Q. Have you always lived in Saratoga Springs?
A. I grew up in New Jersey and went to college at Syracuse University. I’ve lived in Houston, Connecticut, Massachusetts, and Albany. Now I have a house on the lake in Saratoga.

Q. How would you describe what you do?
A. I am a chip historian.

Q. How did you get interested in chips?
A. While looking at art for my recently purchased home on Saratoga Lake in 2004, Michael Noonan, protégé of George Bolster, first told me about the various versions of the myths and legends surrounding Moon’s Lake House and the Saratoga Chips. He had original photographs of Moon’s Lake House, George Crum Speck, his sister Aunt Katie Weeks Adkins, and some of the early boxes, which he later sold to me. I was fascinated by the fact that the original name for the potato chip was the “Saratoga Chip” and wanted to determine how the name spread across the U.S. and abroad and was later phased out, something nobody else had ever done.

Q. Do you have any chip memorabilia or collectibles?
A. I have the largest collection of Saratoga Chips [brand name memorabilia]. I have a 40x40 display with bags, tins, machinery, and signs. It took me a long time to get a picture of an Aunt Jemima Potato Chipper (dates back to the 1900’s). While I have the photo, I have never been able to find the actual chipper. I once did a presentation for a Brown Bag Lunch at the Saratoga Springs Public Library and one of the attendees told me he had one. By the time I got done meeting attendees after the presentation, he had left, and I did not get his name and wasn’t able to determine if he actually had one or if he was willing to sell it.

Q. In your opinion, what is the best chip flavor and the worst chip flavor?
A. I like the traditional kettle chip (not a fan of spicy chips).

Q. What is your go-to chip brand that you snack on?
A. A lot of companies send me chips, so I’m always eating new ones. When I go to the store, I’ll pick up the 40% Less Fat Cape Cod Chips, but all chips have their distinct niches.

Q. Can you give us an interesting trivia fact about chips?
A. Most people assume they are made with Idaho or Maine potatoes. But most of the potatoes used to make potato chips come from Michigan.

Q. You have made quite a few media appearances. Do you want to name some of the things you have been featured in?
A. I have done two segments for the History Channel’s “The Food That Built America” on Frito-Lay and Pringles. I have been interviewed by CBS, NBC, the Boston Globe, and various other television and radio stations, newspapers, and magazines. I am prominently featured on The Chips That Took Over The Snack World podcast (produced by History Channel’s “The Food That Built America”). I have partnered with the Saratoga Springs Lions Club to put on two chip festivals. Recently, on March 25, I did a Zoom fundraiser for the Saratoga Springs Preservation Foundation.

Want to learn more about potato chips? Check out Alan Richer’s website at togachipguy.com, his blog “My View of the World Through the Prism of the Potato Chip”, and his Toga Chip Guy Facebook page.