Social Distance Gets Soul on Sonic Saturday in the Spa City 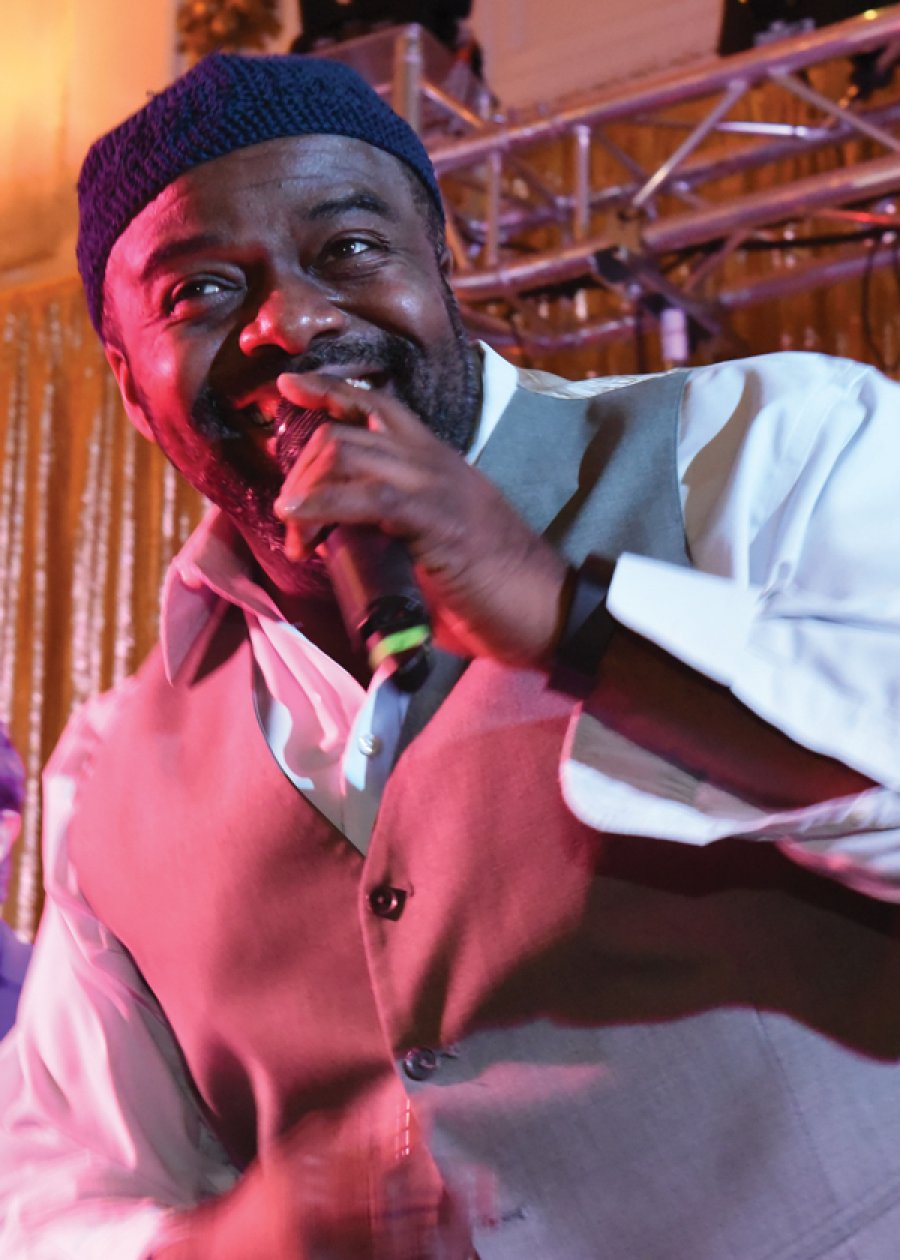 SARATOGA SPORINGS — Billed as “the ultimate social distancing concert - in motion,” local musician Garland Nelson and the Soul Session band will perform live music atop of a slow-moving flatbed truck Saturday. The event takes place noon to 1 p.m., and again 1:30-2:30 p.m. on Saturday, Dec. 19, down Broadway,  onto Lake Ave., then onto Circular, and back again. 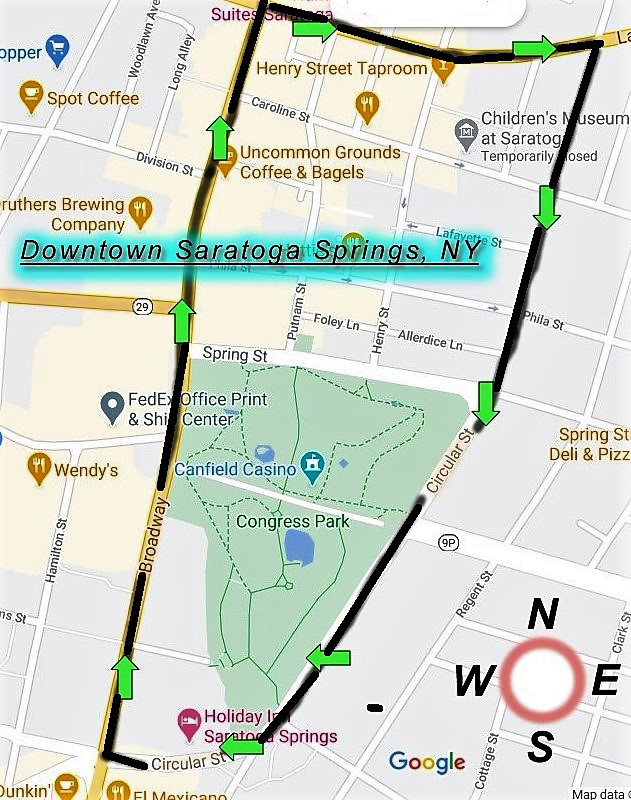 Garland Nelson: Changing the World One Note at a Time 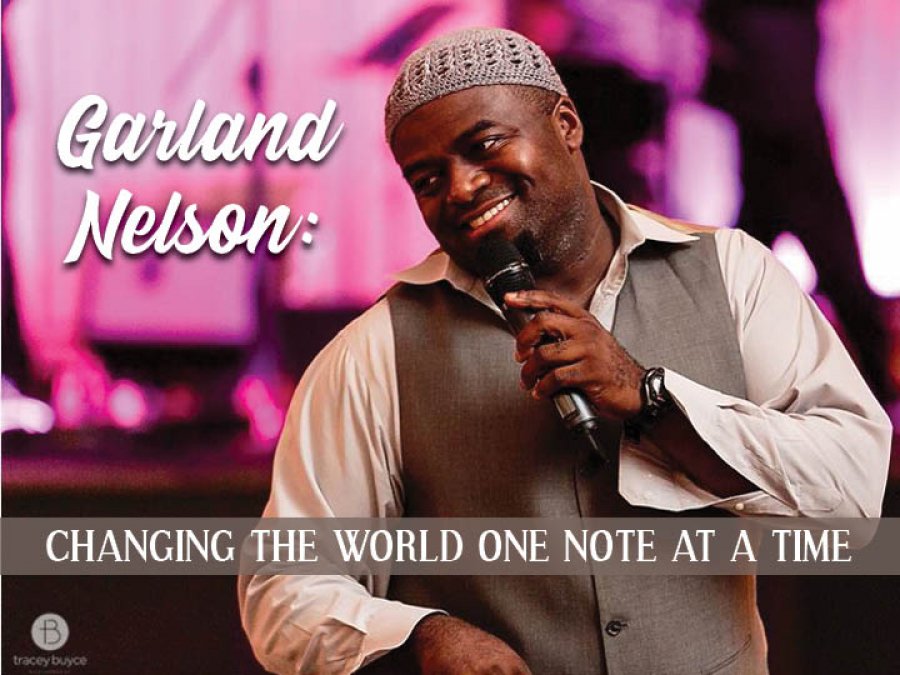 Every artist is driven by a burning passion.
For Garland Nelson, that passion is service towards others.

“Service was the objective and music became the delivery mechanism,” he says.
“It’s who I am as a man.”

Growing up in the Bed-Stuy and Crown Heights sections of Brooklyn, Nelson had a love for all kinds of music.  He'd raid his uncle's massive record collection, admiring and mimicking all he heard -- a lot of B.T. Express, Commodores, and Earth, Wind & Fire. He had always enjoyed singing along and harmonizing, but had never attempted to turn his passion into a career until one fateful day when, two years after graduating from Skidmore College, he went to an Open Mic Night at Bailey's Cafe, the Saratoga Springs nightspot previously known as the Golden Grill, which was "the city's last black club, so to speak."

"Even after the remodel, there was still a spiritual power to this place,” Nelson recalls. "Open Mic Night attracted everyone who was in the local scene, mostly hailing from a
folksy kind of background.”

Singing a cappella, Nelson performed "Let's Stay Together" by Al Green, "Don't Let Me Be Lonely Tonight" by James Taylor, and a gospel song, "He Looked Beyond My Faults."

"People were like turning around and saying 'Oh, my God, who is this guy?'  I said, “Thank you very much” and everyone was clapping like crazy. A friend chased me into the bathroom and said, "What you just did tonight, I want you to do next week."

From that moment on, “it was off and running,” says Nelson.

Exploring New Genres
"As I began my career, it became evident to me that the thing that made me feel best about helping people also coincided with this artistic expression," he says. "They just kind of found each other.”
In 2001 he joined a regional nine-piece band called the New York Players. Three years into his five-year tenure, he joined three friends in creating Soul Session, a soul singer-fronted acoustic outfit that has become a mainstay on the fundraising, private parties, and wedding circuits in the Capital Region and around the country.

Nelson has an almost magical ability to connect with audiences, the result of a decision he made early in his career to be an entertainer, performing all styles of music for a wide demographic: classic R&B, Hip Hop, worldbeat, and more. He had not acquired a love for rock, but he knew his audiences liked it, and so, he says, "I had to diversify quick. I had to have an appreciation for that diversity, and develop a love to go into this music."

Nelson’s intuitive side took over and he developed a fascination with understanding how recordings were produced. This helped him not only understand the artistic complexity that went into developing this music, but truly enjoy the music.

He hasn't lost his love for the music he grew up with. That would always hold a place in his heart, but he began exploring, and excelling at, different genres.

Continuity is Success
In 1999, Nelson was selected to represent New York State in a national talent competition, and was flown to Nashville to compete against performers from the other 49 states. While waiting in the green room for the 'Ns' to perform, Nelson started singing and harmonizing with the competition for creative fun. Rather than being intimidated by these remarkable musicians, Nelson saw this as an opportunity and began to think about how incredible it would be to work with talent like them back home.
'I was no longer seeing it from a competition perspective. What I noticed instantly and what changed in me was that everyone has something to get out of themselves.”

This helped fuel the business aspect of Nelson’s career. In this moment, the "producer" aspect of his career began. Nelson had a blast being able to just jam out with all of these talented musicians regardless of the competition's outcome.

Nelson didn’t win in the end. Looking back, he thinks this may have been for the best. He enjoys the freedom of being able to perform anywhere, anytime. While he thinks it would be great to perform at Madison Square Garden and make it big, he also knows there are tradeoffs. "That’s a different kind of success where you can’t sit down at Spot coffee and just kick it without being inundated by 40 million people.”

Everyone has to figure out what level they want and how they view and value success. For Nelson, "continuity is success for me.”

Nelson is an all-star talent whom the Saratoga community is fortunate to have. He can be found performing at various locations in the area, such as the Diamond Club Restaurant and Firestone 151. On May 18, Soul Session will perform at the American Cancer Society's 2019 Gala of Hope. 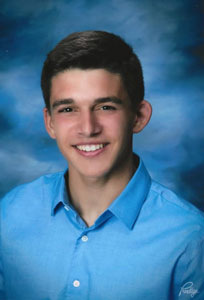 The SMARTACUS Creative Group is a student-driven creative agency dedicated to supporting the economic development of Upstate New York. A senior in Jill Cowburn's journalism class at Saratoga Springs High School, Jake Somoza has a dual interest in journalism and sports, runs the 400 and 800 meters on the track team, and sings in the SSHS choir.
Published in Lifestyle
Read more...
Friday, 03 June 2016 15:08

SARATOGA SPRINGS – This is a great story. It’s a local business story, and a ‘market moving’ trend story. It’s also a hospitality story, with food/beverage and entertainment thrown into the mix. But what makes this a great story is that it is, ultimately, an American story – the type of story America should be more about.

It is a story about two hard-working, highly credentialed local gents who once started as line staff, worked their way up for years, and are now getting the opportunity to take the reins of a landmark location and make it their own.

Chances are, if you are at all interested any aspects of Saratoga Springs nightlife, you already know these guys. Perhaps you are one of their thousands of FB friends and/or customers. But we are a newspaper of record, so let’s make it official:

Meet Sam Bottini and Matt Beecher: the new co-owners of Bailey’s Café - on the landmark corner of Phila and Putnam streets. And they can’t wait to show you what they have in store to make your good times greater – just in time for summer!

“I’ve been scouting out these two for quite some time,” noted Joe Richardson, former sole owner (and still a partner) with Sam and Matt. Indeed, like a savvy baseball general manager who just added Derek Jeter and Clayton Kershaw to his lineup, he can’t be more excited for the season to start. “These two will bring it all: Passion, dedication, and new energy. With them on board, we’ll be able to pursue things we have wanted to do, and take Bailey’s to a new level,” Joe said.

One of many cases in point: A new Sunday Brunch is already in effect. You can enjoy it this weekend from 10 a.m.-2 p.m. Eggs Benedict and more, washed down with a Mimosa, or perhaps Sam’s signature Bloody Mary, or maybe Matt’s specialty Mojito or Margarita. “People have begged us for about five years to do this,” Joe Richardson stated, “and we now have the proper team in place to get it done.”

They certainly have the bona fides to know how to make a specialty drink special. For relatively young men, Sam and Matt have each built impressive hospitality resumes. Sam has done several jobs at Gaffney’s, starting as a service bartender and working up the ladder. He also had a stint at the prestigious Albany Country Club as a bartender, and most recently held several key positions at Putnam Den. Matt is a six-year veteran at Harvey’s and has had corporate hospitality training from international casual dining conglomerates.

In other words, they know what they are doing – and how to make sure you have the best experience possible.

Other signs that Bailey’s, which took the market by storm when it was first founded in 1999 and into the first years of this millennium, is poised for a big-time revival are starting to coalesce. For one thing, the outdoor patio has been glammed-up with some new furniture and general sprucing – the place just looks brand new, and that all leads to…

Check it for yourself: A perfect opportunity to meet the new owners and crew is coming on Saturday, June 18 from 1 to 5 p.m. at Bailey’s inaugural clam bake. $12 gets you a dozen clams plus potatoes and corn, but for those that like to indulge it’s 2 for 1 clams for the same price. It promises to be a festive afternoon with giveaways galore. They are still gathering some really good prizes that I’ve been sworn to secrecy about – but these are examples of what they’ve already lined up for the day:

- A Shipyard Brewery tour, plus a gas card from Saratoga Eagle to get you to Shipyard HQ in Portland, Maine

- A Corona CanJam game. Those in the know will want this one

If there’s one thing I know, these gents are mighty motivated. Expect this list to grow substantially before showtime.

Looking ahead a bit, we find a few summer music anchors are in place as well. Bailey’s has always had the physical layout to put on well-attended performances, but it was the performing lineup that packed the place.

One who will tell you, if you ask him, that Bailey’s helped to launch his career into the realm of the mega-mega and mighty, is none other than Garland Nelson, The Soulist/Visionary behind the powerhouse Soul Session, and all it has become. Write him in the music lineup for ten consecutive Thursdays, beginning in late July. So that kinda adds a Willie Mays here: a legend at the top of his game.

Also, an interesting pickup is the “Dark Day Blues” franchise on Track Tuesdays, a treasured staple in many venues to date, and administered by the textbook texture and talent that comes out of George Fletcher’s Folding Money – George’s secret desire has always been to be Ichiro – and now he is.

Overall, everything to report at this point from Bailey’s indicates progress is being put in motion, by a new management team that gives it a real shot to reclaim a valued nightspot on the local scene. Indeed - an opportunity to elevate it to new heights, in short order.

Its no stretch to forecast that there will be a sea change in the hospitality market this summer. And that sea’s current will flow to the intersection of Phila and Putnam Streets.

For more information about everything, visit baileyscafe.com or call 518-583-6060.