unfortunately for it, will struggle for buzz

The gate-to-wire “winner” of the Derby, Maximum Security, was disqualified and placed to 17th after he lost his path and obstructed War of Will and Long Range Toddy. The call made sense and was fair. Too bad we won’t see Maximum Security run in the Preakness.

“No, we’re not going to run in the Preakness,” West said Monday on NBC’s Today morning show. “There’s no Triple Crown on the line for us, and there’s no reason to run a horse back in two weeks when you don’t have to.”

Um, except when it’s the Preakness because Maximum Security is a) the best horse as he proved in Kentucky and b) this is the only time these horses get to run in this race. There’s no Preakness next year.

This would have been a great chance to further prove that his horse could win cleanly and redeem the DQ from Louisville. It sounds more like sour grapes than anything.

Thankfully there will be no more than 14 horses for the Preakness Stakes, because the real rub of the entire matter is the issue of 20 horses in the starting gate for the Kentucky Derby. We all know why Churchill Downs Inc. does it, but it makes no racing sense from several perspectives. Having six extra betting interests creates countless dollars that rake through the till.

One, these horses are babies. A 14-horse field is big for them, let alone 20, with at least five to six of those horses categorically junior varsity in talent and ability.

Two, how many jockeys have ridden in a 20-horse field? Only the ones that run in the Derby have the experience and even then it’s one time a year. Take jockey Kent Desormeux. While on TVG following the Derby, he made several great points.

“I appreciate my tenure in Japan,” he told TVG. “There’s 14 races a day and there’s 20 horses in every race. Our local riders have no idea what it’s like till they ride in the Kentucky Derby and they ride against 19 other horses. It’s reckless.”

Often we talk about the horses, but jocks dealing with 19 other horses, and on top of that an often muddy track, makes this race reckless and unsafe.

Three, the crowd is a factor and with such a big field, many get strung out wide and they’re that much closer to the screaming throngs of fans, sober or not. It’s yet another wild card that makes an already young, skittish, nervous, maybe even scared horse that much more unpredictable.

Luis Saez, Maximum Security’s jockey, is a seasoned rider with over 2,100 wins and $100 million in earnings. Even he couldn’t keep his horse from bolting. And, in an abominable decision made by Kentucky Horse Racing Commission, it suspended Saez for 15 days for losing control of his mount.

And for anybody who doesn’t think 14 horses breaking from the gate isn’t impressive, look at any Breeders’ Cup race and ask yourself if that looks boring. Ask yourself if there aren’t enough betting interests. Ask yourself if the most deserving horses aren’t in that race instead of the deserving and a few stragglers soaking up betting dollars that won’t pay out and creating traffic and danger in an already crowded field.

Twenty horses is the classic toothpaste-is-out-of-the-tube argument. There’s too much money at stake and there’s no way to isolate any mishaps to field size.

Of course, the people with the power would be the jockeys. If they felt it was unsafe and made a strong, concerted case to reduce field size because they felt threatened by the entire ordeal, then that’s the only chance field reduction has. That’s also six fewer mounts for jockeys. It’s not black and white.

I remember back in 2008 when a rainstorm blew through Saratoga and flooded out the far turn. Many of the jockeys warmed up their horses and said they were done racing for the day. Too unsafe and racing was cancelled.

Granted that wasn’t Derby-level racing, but the jocks had the power and they said they weren’t about to risk the lives of themselves and the horses.

Twenty horses is a spectacle. It’s impressive to behold and it’s uniquely the Derby. But those bottom horses only create unnecessary traffic and it’s only a matter of time before a catastrophic event happens mid-race. Good thing the Preakness has a max of 14.

By this point, horse racing has run out of eyes to bruise.

Toward A “Smart City” 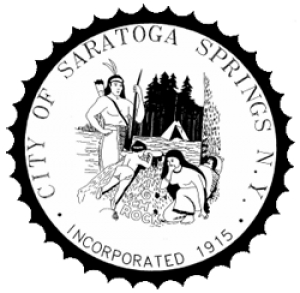 SARATOGA SPRINGS – A city that is doing well can reach for an even better quality of life for all it’s citizens, by investing in its infrastructure. Two weeks ago (Issue of February 5), we detailed the commitment that the City of Saratoga Springs was making to develop and promote solar technology for itself and its citizenry. In the same vein, a presentation made to the Saratoga Springs City Council by Commissioner of Finance Michele Madigan on Tuesday, February 16 detailed a path where the city would become a leader in developing and providing high-speed broadband to all stakeholders in businesses, schools, government, hospitals and the public at large.

Commissioner Madigan announced the formation of a “Smart-City Commission,” that is composed of representatives of a diverse community that would benefit from access to broadband. The Commission’s mission statement detailed the broad goals they hope to accomplish. Stating that, “…Broadband and Internet access at globally competitive speeds are no longer optional luxuries, but have become essential resources for residents, businesses, service providers, and government,” the new Commission will work towards making Saratoga Springs become a model intelligent Community.

The concept of a “Smart City” is one of the core ideas of the Intelligent Communities Forum (IC). IC hosts an annual competition each year known as the “Intelligent Community of the Year Awards: Smart21 Communities of the Year”. As the members of the “Smart-City” Commission work through the application, the hope is for a specific, detailed pathway that accounts for the unique needs of our community will emerge, and further help strengthen and inform the “Smart City” Commission about its vision, mission, objectives, and our region’s strengths and challenges. Completing the application is thus a near term goal of this Commission.

This will entail a detailed assessment of broad indicators that provide communities with a framework for future planning and development, as they work to build prosperous local economies in the Broadband Economy, and are a cornerstone for attaining Smart City status. These will include:

- Broadband: Intelligent Communities express a strong vision of their broadband future, develop strategies to encourage deployment and adoption, and may construct infrastructure of their own.

- Knowledge Workforce: Intelligent Communities exhibit the determination and ability to develop a workforce qualified to perform knowledge work in every area of the economy.

- Innovation: Intelligent Communities pursue innovation through the Innovation Triangle or “Triple Helix” – relationships between business, government and institutions such as universities and hospitals, help keep the economic benefits of innovation local, and create an innovation ecosystem that can engage the entire community in positive change.

- Digital Equality: Intelligent Communities promote digital equality by creating policies and programs that provide offline citizens with access to computers and broadband, by providing skills training and by promoting a vision of the benefits that the broadband economy can bring to their lives.

- Sustainability: Communities that use fewer resources to create products and provide services are also more efficient and productive, which is key to continued improvements in their standard of living.

- Advocacy: A community’s leaders and citizens can be a barrier to progress or can become its most powerful advocates for a better future. Intelligent Communities work to engage leaders, citizens and organizations as champions of change.

The “Smart City” Commission has an impressive composition, including some of our City’s best and brightest leaders in information technology, diversely drawn from the City’s schools, colleges, medical facilities and business, as well as government. Some appointments are still pending, but as currently constituted, the members have more than enough intellectual power to put the City of Saratoga Springs on the road to become a Smart City in the near future: