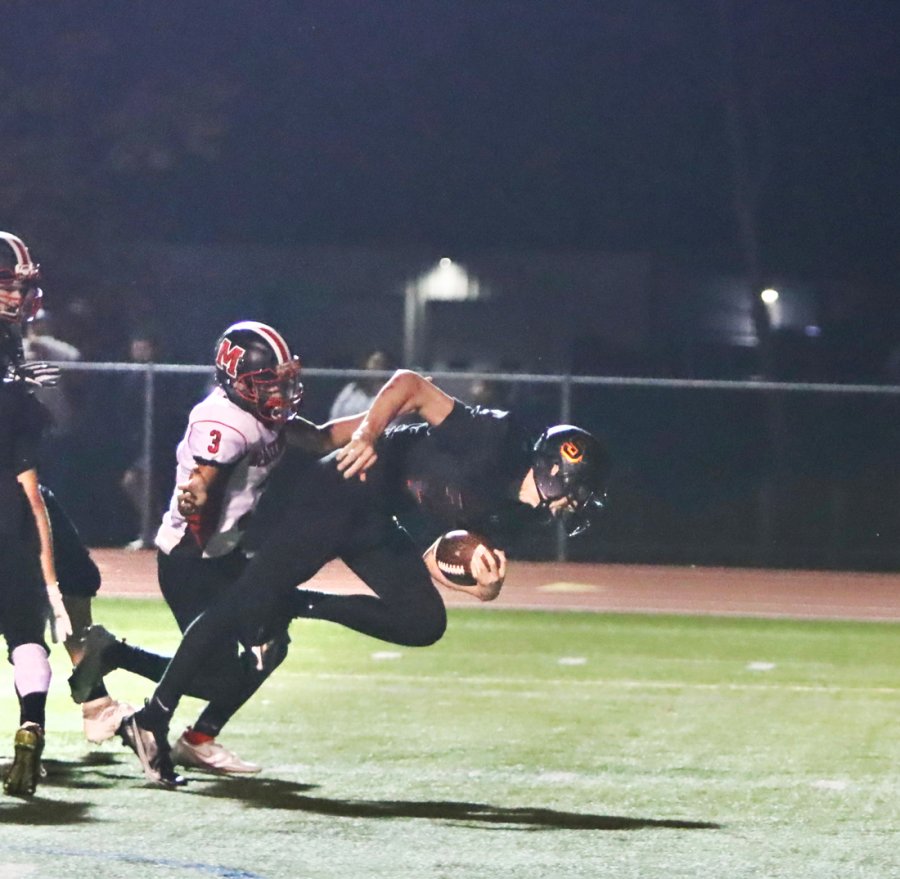 The Black Horses Varsity Football Team had another shutout win in post-season play – a 52-0 defeat against Ogdensburg Free Academy in the Class C State Quarterfinals on Saturday, Nov. 20.

In the first quarter, R. Dow got the scoring started with a 1 yd. TD run, followed by a pass from O. Sherman to Z. Bowen for the 2 pt. conversion.

N. Abruscato rounded off their scoring in the fourth quarter with a 2 yd. TD run.

On defense, Abruscato and C. Nastacie had fumble recoveries.

Schuylerville advances to the Class C State Semifinals on Saturday, Nov. 27 at noon at Middletown High School. They will face Dobbs Ferry, who beat James I. O’Neill 56-28.

D. Marcus scored the first TD of the game in the first quarter on a 4 yd. run. Marcus also opened up the scoring in the second quarter for the Tuskers with a 32 yd. TD run. M. Kapica added a 1 yd. TD run, and M. Fitzsimons also scored on a 1 yd. TD run to make the score 28-0 at halftime.

In the second half R. Dass scored on a 36 yd. TD run and a 52 yd. punt return. S. Swee scored on a 44 yd. TD run to round off the scoring for Somers in the fourth quarter. L. Savino was 6 for 7 on extra point attempts.

Somers kept BH-BL off the board until the fourth quarter, when R. Mareno scored the first TD for the Spartans on 25 yd. fumble recovery. J. Joseph followed up with a 38 yd. TD run with less than three minutes remaining in the game.

BH-BL’s Head Coach Shell was on the sidelines for the game after his ejection during the Section 2 Class A Superbowl against Queensbury was rescinded; officials determined that Shell was not the individual who provoked the 2 unsportsmanlike conduct penalty flags.

Somers advances to the Class A State Semifinals, a rematch against Rye.