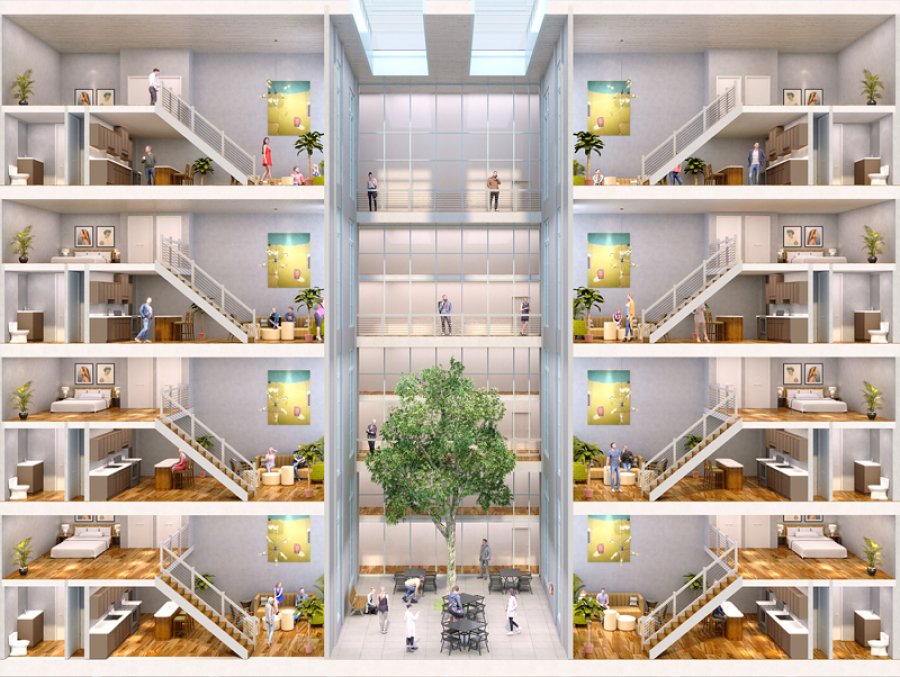 VICTORY — A once-burgeoning mill a top a historic landscape has been targeted for a large-scale residential reuse that could transform this small Saratoga County village located on the north bank of Fish Creek.

The village of Victory, located in the town of Saratoga, counts approximately 600 residents and borders the village of Schuylerville. It played an important role during the era of the Battle of Saratoga in the 1770s and a century later served as the home of the Victory Manufacturing Company – employer of several hundred people. After hitting its peak in the 1870s, an economic downturn in the early 20th century forced the company known for creating high quality cotton goods to begin laying off employees.

The mill – built in the early 20th century and standing just north of the site of the original 1846 plant – was last occupied in 2000. This week, the Saratoga County Industrial Development Agency approved $41.9 million in tax incentives over a 30-year period in connection with a plan that calls for the redevelopment of the mill to house 186 apartments.

The 186 apartments atop the 6.6-acre property would include 127 one-bedroom and 59 two-bedroom apartments with rents anticipated to range from $800 to $1,300 per month, says Larry Regan, president of Regan Development Corporation.

The anticipated residents filling the apartments of the converted five-story building Regan says, “commuting professionals looking for a place that is not in a downtown city, who want more of a suburban location in a cool retro-fitted building, and who want a large, good-price-point affordable apartment.”

Regan Development has been involved in quality developments and revitalization throughout New York, New Jersey and Connecticut for a generation, most recently a complex that combines 72 workforce rental apartments at the mixed-use five-story Swinburne Building in Albany.

“This would not only be a boon to the community for the residential, but we’re looking to do a brew pub with a group that would have their brewery operations in the back on the lower section, with a patio that faces the Fish Creek. That section is very picturesque. We’re also looking to build an amphitheater for outdoor concerts in the warmer weather,” Regan said.

“We worked very hard to come up with something that’s not just a residential use, but a mixed-use to try and synergize economic redevelopment and revitalization of the building and the village. We want to make this right, not only as a residential spot but as a destination for people to come and enjoy.”

Following the departure of the building's last tenant in 2000, its assessed value fell from $3.7 million to about $650,000. A Malta resident purchased the lot in 2003 with designs of renovating it for mixed-use space, but nearly $460,000 in unpaid taxes were accrued before the project could get started. Harmony Group Capital, led by developer Uri Kaufman, subsequently secured the Victory building, and the sale to move forward with the Regan Development project may come as early as June.  Regan says approvals have been secured from the local Planning Board and Saratoga County IDA, and village building permits have been filed.

“Timewise, right now, things are in a state of flux because of the state budget - we’re using a fair amount of state resources here - and because of COVID; costs for things like lumber and metal have gone up substantially, so we’re sort of waiting in a queue and hoping things can move forward for a potential June closing,” he said. “If not June, then we’re hopeful for a year-end closing. So, this is going to happen. Everything is in place.”

Construction would start as soon as a scheduled closing date is secured. The construction process is anticipated to take about two years, Regan said.

“We’re very pleased with the relationship we have with the village, with the town, with the county and with the state. Everybody’s coming together to make this happen. It’s just a matter of waiting COVID out - and then hit the ground running.”