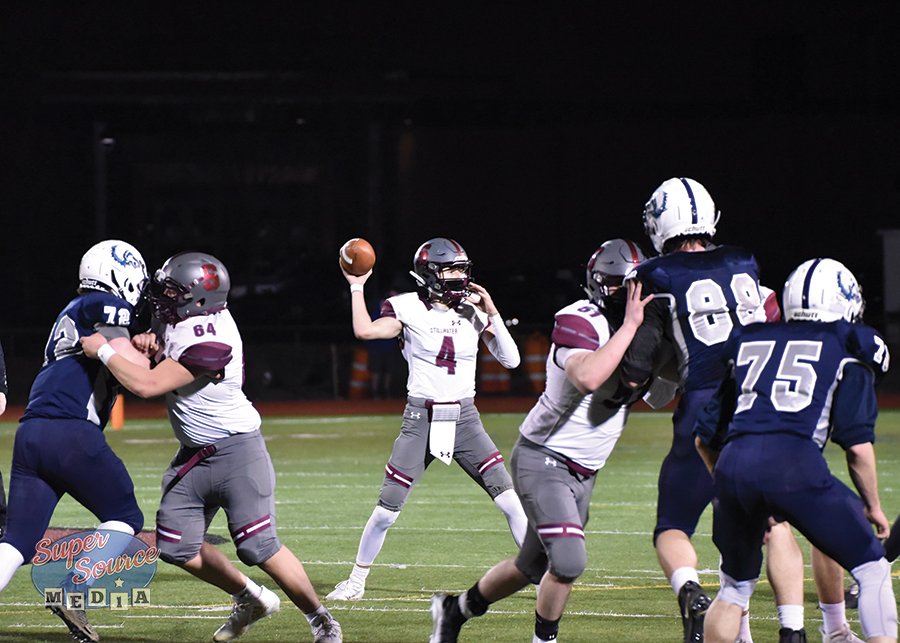 Section II kicked off the “Fall II” varsity football season with games this past weekend on Friday, March 19 and Saturday, March 20.

SARATOGA SPRINGS — CBA (Christian Brothers Academy) started off their season with a 40-0 win over Saratoga Springs on Saturday in their Class AA away game. CBA ran away with the game in the second quarter, where they scored 26 of their 40 points.

Brenden Simek had 2, 1 yard rushing touchdowns and 1 receiving touchdown on a 25 yard pass from Jack Gregory. Dylan Jones scored twice, once on a fumble recovery and off a 33 yard pass from Gregory. Jake Lacobaccio had one score on a 3 yard run. Stewart was 4 for 5 on extra points.

BURNT HILLS — Burnt Hills got their season started with a big win over Ballston Spa on Friday night. The final score of the Class A match-up was 35-12.

Rocco Mareno got the scoring started for Burnt Hills on a 58 yard pass and the first completion from QB Caeden LaPietro. LaPietro threw 7 times with 5 completions for 118 yards, also rushing for 85 yards and a touchdown. Jaleel Joseph scored on a 6 yard run, and Jake Pausley also scored on a 1 yard run. Michael Puglisi scored on a 35 yard interception return. Sbuttoni was 5 for 5 on extra points.

“It’s good to be back out on the football field. We were asking for spring football and we finally got it,” said Ballston Spa Varsity Football Coach, Greg O’Connor. “I’m sure both teams wish it was a cleaner game…but we had a short pre-season, and it’s a work in progress.”

MECHANICVILLE – In the Class C match-up between Schuylerville and Mechanicville on Saturday, Schuylerville came away with the decisive win of 38-0.

In the first quarter, Sam McGarrahan scored on a 6 yard TD run. Ryan Dow completed the 2 point conversion on a pass to Zach Bowen.

In the fourth quarter, O. Sherman scored on an 11 yard TD run.

Mechanicville was limited to 38 total yards. D’Ambro had six carries for 20 yards and passed for 22 more yards. Sanchez also had 9 carries for 14 yards. Recieivng, Johnson had a catch for 14 yards.

STILLWATER - Stillwater lost in a close contest against the WarEagles on Saturday. The final score of this Class C match-up was 12-8.

In the first quarter, Brody McCabe got the scoring started for the WarEagles with a 37 yard TD pass from QB Cole Clarke. In the second quarter, Stillwater took the lead on Isaac Cutler’s 32 yard run and 2 point conversion from Tyler Paffen to C.J. McNeil. Clarke then ran 35 yards for a touchdown in the third quarter to take back the lead for the WarEagles. Late in the fourth quarter, the WarEagles turned the football over on downs near the 20, but they sealed the deal in the next play with an interception by B. McCabe.

Defensively, Clarke had 9 tackles and Andrew Jeckel had 10.