Cars for a Cause: Classic Car Show Raises Money for Scholarships

Hosted by former SSHS business teacher and classic car enthusiast John Grady, each year the show raises money for the SSHS scholarship fund. The fund provides graduating seniors with $15,000-$20,000 each year. According to Grady, the show raised $750 for the fund in its first year, and $1,000 in the second. Some of the cars at this year’s show included a 1976 Corvette Stingray belonging to Ron Delaney, a 1970 Volkswagen Baja Beetle belonging to Wendy Davis, a 1948 Austin A40 Devon belonging to Dave Insognia, and many others. 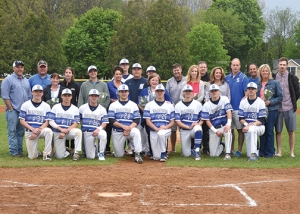 SARATOGA SPRINGS — The Saratoga Race Course giveaway prize of the replica of the race track is being replaced with the iconic baseball cap.