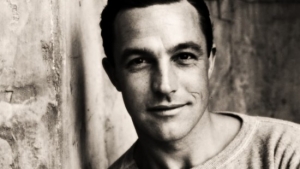 SARATOGA SPRINGS— Attention dance and pop culture enthusiasts: Mark down August 9 on your calendar, as the National Museum of Dance (NMD) will have it’s own version of “Saturday Night Fever.”

Also, John Travolta, whose iconic performance in Saturday Night Fever pushed the dance and cultural phenomenon of Disco to the forefront, will be the recipient of the Museum’s Lifetime Achievement Award.

Ms. Michele Riggi, President of the Museum’s Board of Directors, also stated that the August 9 Gala will mark the grand opening of a special facility at the Museum— The Mr. and Mrs. Ronald A. Riggi Theater. This will be a 48-seat film screening theater, but will provide the additional community asset of serving as a “black box” theater for live performances as it will be equipped with a stage.

“The foundation laid out by our founders (Mr. and Mrs. Cornelius Vanderbilt Whitney and Mr. Lewis A. Swyer) gave us a great platform to grow upon,” Ms. Riggi said. “In my nine years as Board President, I’ve been fortunate to help elevate and broaden our program offerings.”

But the Museum’s robust financial health during Ms. Riggi’s tenure, through our economy’s uncertain economic times is a remarkable achievement. “We’ve gone from $5,000 in our bank account to over a million,” Michele Riggi noted.

She shared the nominating and election processes for the Museum’s Hall of Fame Induction and Lifetime Achievement awards, which are different. “For The Hall of Fame, we have a nominating committee of about 50 dancers, educators and others in the discipline. A preliminary list of several is generated and this is discussed for about six month among the committee members.” Ms. Riggi notes. “Eventually the Board of Directors receives a list of six nominees, and votes on the eventual winner(s).”

For the Lifetime Achievement Award: “This is initiated by the Board and the President. We are looking for a person who has had a broad impact on popular culture, which includes dance but includes much more.” She said.

At press time, Michele Riggi could confirm that Patricia Ward Kelly, Gene Kelly’s widow will be in attendance at the NMD Gala, and will also be delivering a presentation about Gene Kelly’s life and times the following day at Skidmore’s Janet Kinghorn Bernhard Center.

As for an appearance by John Travolta?

So that may or may not happen. But if history tells us anything, in the long run it’s a losing proposition to bet against anything Michele Riggi is “trying” to do.