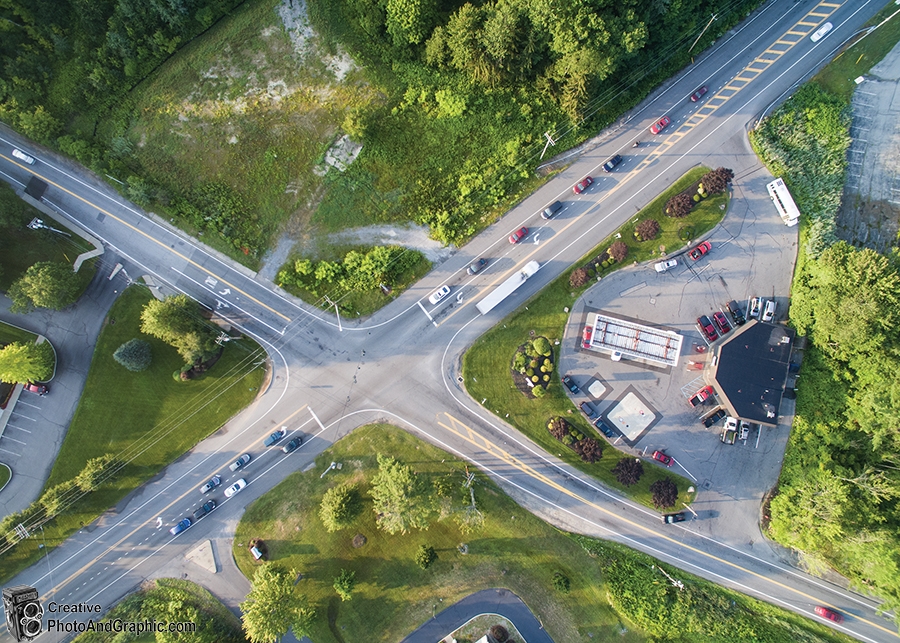 MILTON — Town officials are reviewing site plans for a new Stewart’s convenience store at the intersection of Route 50 and Northline Road.

Stewart’s Shops is proposing to build in an empty lot on the eastern side of Route 50, directly across from its existing Northline Road store, starting sometime next year.

“We will be progressing through the required approval process in hopes of this becoming a 2018 project,” stated Maria D’Amelia, the spokeswoman for Stewart’s Shops, in an emailed response to related questions.

“This is part of an overall reinvestment we are making in our shops,” D’Amelia explained. “We anticipate about a dozen of these types of projects across our market areas this current year, where we replace an existing shop with a brand new build, whether on the same property or a nearby location, depending on availability of property that allows us to expand.”

“The property in Milton was purchased some time ago, seizing an opportunity at the time for potential future development that we are now ready to move forward with,” D’Amelia said.

The company has a similar project underway at the intersection of Routes 67 and 147 in Charlton. Another store was recently built right behind an older one on Route 50 south of the Village of Ballston Spa.

On July 27, James Easton, an associate at Clifton Park-based MJ Engineering, provided details about the Milton Stewart’s project to the Zoning Board of Appeals (ZBA).

Stewart’s Shops is seeking the approval of two zoning variances from the town.

Easton said there is “a large wetland area” off Northline Road— toward the back of the empty lot—that would require special consideration by town officials.

MJ Engineering prepared a site map for the “draft area variance” application that was submitted to town officials. The map shows 13,500 square feet dedicated to “wetland mitigation” next to a large area for storm water retention.

The ZBA members discussed specific aspects of the proposed Stewart’s, including the configuration of a new gas canopy and proper setbacks from the intersection, but they did not take a formal vote.

Recently appointed ZBA member Megan Soden asked Easton why a certain question regarding wetlands was left unanswered in the application, to which Easton responded by citing the technical requirements of the state Environmental Quality Review process.

“I think Stewart’s is great for the area,” offered ZBA member Eric Smassanow after last week’s meeting. He had voiced a number of concerns but said they centered mainly on the approval process for this particular project.

Kimberly Weaver, the zoning board chairwoman, said the Stewart’s proposal goes next to the Milton Planning Board for review.

According to Smassanow, planning board members will address the overall design and traffic aspects of the proposed Stewart’s. He said he prefers a zoning board vote on the gas canopy and setbacks after that review is complete.

“How do I know what I’m voting for if we don’t have a final design?” Smassanow said.

Easton and the zoning board members also discussed the subsequent construction of office space on the site of the existing Stewart’s.

But D’Amelia indicated in her email that “the fate of the old shop has not yet been determined” for the Northline Road project.

She added that upgrading the Stewart’s stores in these ways is not only a financial investment, but reflective of local consumer demand as well.

“Easy food options are fueling many of these projects throughout the company, as we evolve to meet the needs of our customers’ busy lifestyles,” she wrote. “They’re looking for quick, quality foods and beverages they can easily grab throughout the day.”