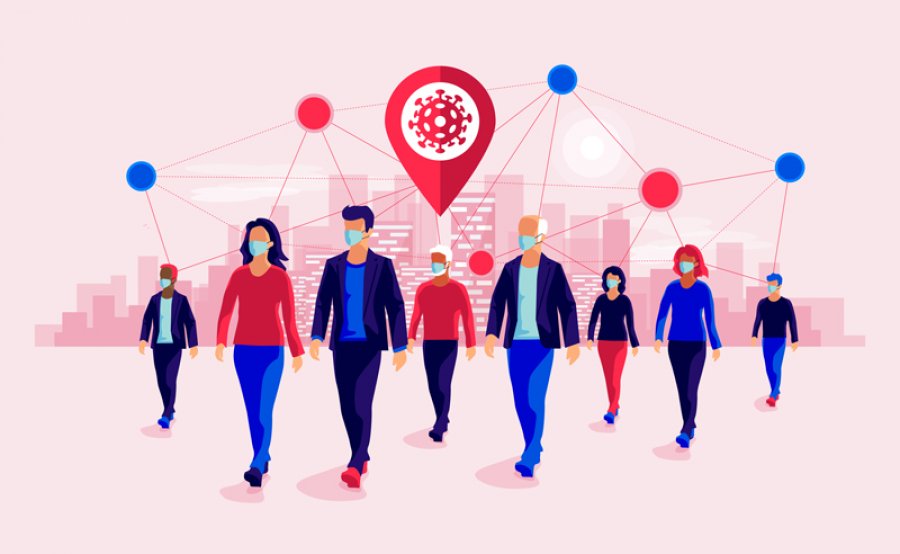 In May, the Board authorized Saratoga County Administrator Spencer Hellwig to hire as many as 50 Contact Tracers at the rate of $25 per hour – the costs to be paid from the appropriated $1 million fund.

Seven months later, with the number of cases nearing a total of 4,000 in Saratoga County, $800,000 of that $1 million has remained unused, and only 23 Contact Tracers employed.

“We authorized 50 Contact Tracers. In November it came to my understanding that we only had 23 Contact Tracers,” says Tara Gaston, one of two city supervisors who represent Saratoga Springs at the county level. “Whether anyone in leadership knew about it, I don’t know, but that’s when I learned we had only hired 23.  Before that, it hadn’t been discussed. And it was about this same time that we determined that New York State - which had promised us to be able to use their Contact Tracers – was going to limit our access.  So, it became an even larger concern,” she says.

“I do think mistakes have been made - some at the individual level, and some as a result of the Board of Supervisors not setting this forth as a priority,” Gaston says. “When the request was made for 50 Contact Tracers, we were under the impression that was sufficient, and we were also under the impression that if it was insufficient someone would come and tell us.” There are 21 municipalities represented by 23 supervisors from all across Saratoga seated at the county board. “We have not done what we should have done. I should have done better. We all should have done better.”

A second measure she introduced targets $100,000 of the $800,000 remaining in COVID county funds for the purchase of PPE and masks for distribution in the community.

The $100,000 PPE allotment is broken down this way:  $75,000 targeted for masks to be distributed to the general public in the community; $25,000 specifically set aside for any form of PPE – masks, gowns, gloves, or face shields – targeting the local population at higher risk like EMS workers, police officers, and “communities of lower economic power,” Gaston says, such as those who are unhoused.

Saratoga Springs City Supervisor Matt Veitch expressed his support for both resolutions. The county Board subsequently approved both measures.

After spiking in the spring, local infection rates subsequently were reduced and remained below 1 % through most of the summer. The 7-day rolling average COVID-19 positive infection rate doubled from 0.6% on Oct. 1 to 1.2% on Nov. 1 in Saratoga County. From Nov. 1 to Dec. 1, it more than tripled to 3.8%, and has subsequently continued to rise – by mid-December climbing to near 6%, the highest 7-day average rate registered in Saratoga County since April.

Here’s how it is designed to work: When a person tests positive, a COVID Contact Tracer works with the person to identify and reach out via phone and text to anyone they’ve been in contact with while infectious to trace and contain the spread of the virus. People who have come in close contact with someone who is positive are then asked to stay home and limit their contact with others. The Tracer will also connect persons infected with support and resources they may need through quarantine, such as help getting groceries or household supplies, child care, medical care or supplies.

Saratoga County’s contact tracing program operates 8 a.m. to 8 p.m. every day. This week’s vote by the Board authorizes the additional hiring of up to 25 Contact Tracers at the rate of $25 per hour, and up to five Supervising Contact Tracers at a rate of compensation of $30 per hour.

On Nov. 19, the county’s Department of Public Health posted a flyer indicating it was seeking individuals interested in working as Contact Tracers. A subsequent notice, posted Dec. 11, indicated a large number of applications had been received and that no new applications were being accepted. It is unclear whether the Board’s actions of Dec. 15 would trigger a new “Contact Tracers Wanted” request. The Dec. 11 post informs: Please check back on Dec. 18 for an update. The Saratoga County website may be found at: saratogacountyny.gov.