Athlete of the Week: Ashton Capone 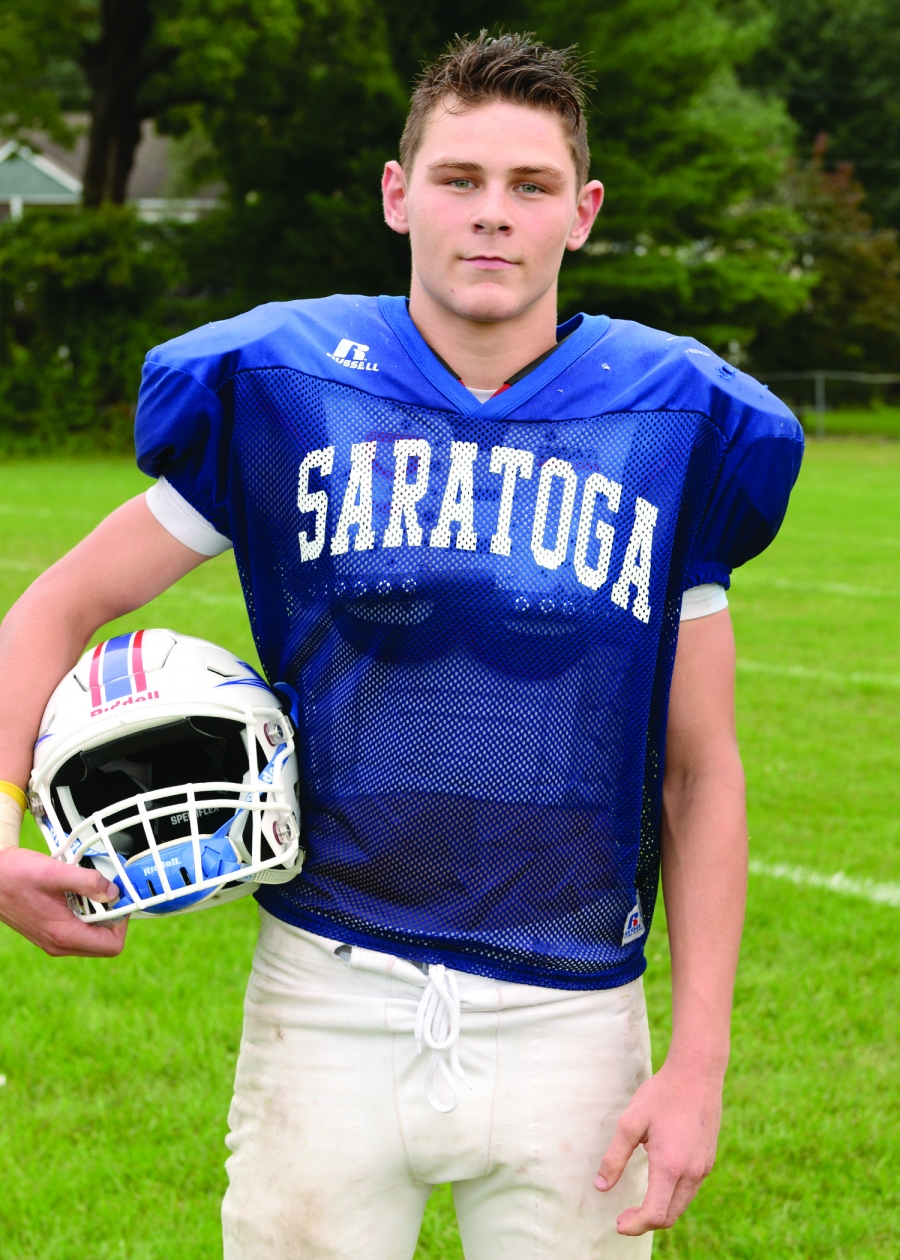 SARATOGA SPRINGS — Ashton Capone, a senior at Saratoga Springs High School, recently reset the school’s record for number of touchdowns in a game with six, following up with five touchdowns the game afterward.

“Honestly, it felt like a big accomplishment but like I’ve said before, all of the credit has to go to the line, obviously, because without them the hole wouldn’t open up,” Capone said.

Capone has been playing football since he began Pop Warner in sixth grade; he is a running back and outside linebacker. Before his record-setting game, his most touchdowns in a game this season was two. He recently decided to stop playing baseball in order to focus solely on football and the sport that would help him succeed the most at football, track. He runs in the winter and spring.

“Growing up, I really enjoyed baseball and looked forward to it and then eventually, I played it for the school, and then after that I decided to just play travel. After travel, I’m coming down to where it’s, you know, getting later in my years and I’ve got to start focusing on football,” Capone said.

He cites track as “playing a big role in building speed for football.”

“I found out that I did fairly well in spring track and managed to take a sectional title, so I’m focusing on that in spring and winter,” he explained.

He played shortstop and was a starting pitcher on the baseball field.

“I already knew my plans in what I wanted to pursue, and that was football, I’ve always had a passion for football. So, it has basically come down to what is going to help me for football and baseball wasn’t really that. I knew my weakness going into this season was going to be speed because I worked all summer on building strength; and so I knew that I had to compliment it with speed. So I knew I had to give up baseball because it came around the same time as track and when it came down to it, my main priority was to build speed,” he stated.

Capone plans to continue playing football in college, he just explored SUNY Cortland and is visiting Pace soon. He wants to study physical training. To him, this football season isn’t all about winning. His team is a group of friends who get together every Thursday night to play video games, eat dinner, and talk.

He credits his parents, Fahren and Patrick Capone, as his biggest supporters. The Longest Yard is his favorite football themed movie.

“That’s a favorite from my younger days,” he explains.