A New Mayoral Candidate with a Vision for The Future? Not so Fast 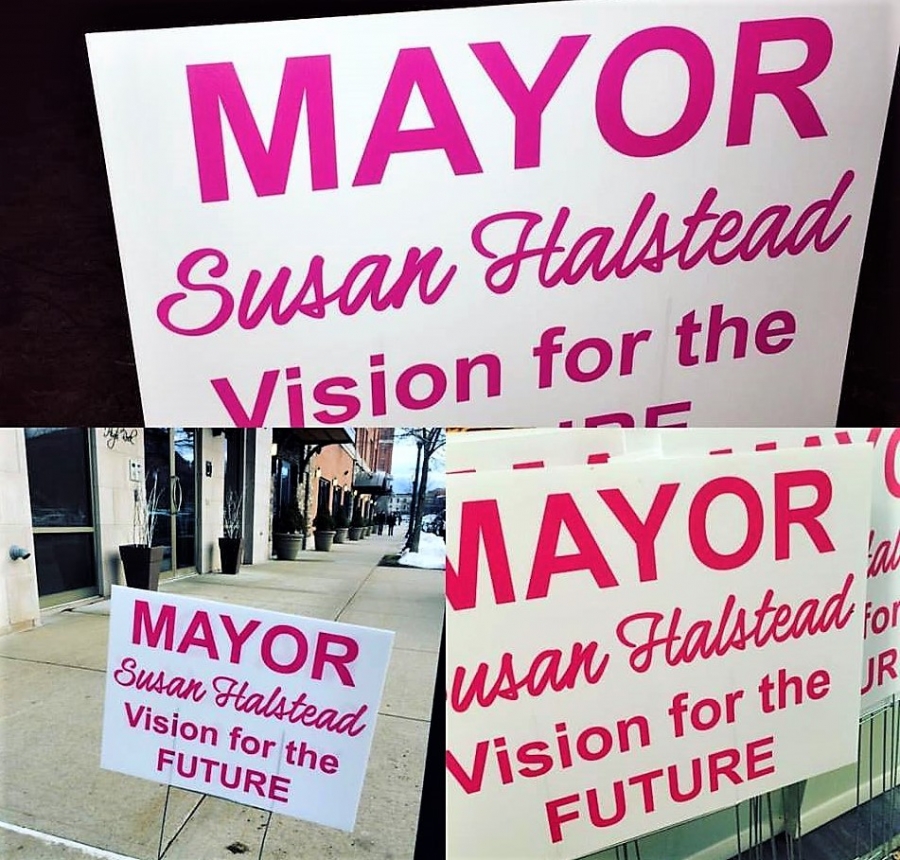 SARATOGA SPRINGS – The mysterious man you may have noticed creeping across the fringes of city neighborhood lawns in the pre-dawn hours last weekend has been identified.

“I cooked up an idea that I thought would be a little bit of fun,” admits Todd Shimkus, who in his weekday role serves as president of the Saratoga County Chamber of Commerce. “It actually turned into a lot of fun.”

Shimkus and city resident Susan Halstead have engaged in a traditional April Fool’s Day duel that dates to Halstead’s time as chamber chairperson. At that time, Halstead contacted board members about a special Executive Session being called to inform them that Shimkus was embezzling funds. “He was on a golf course in Florida and his phone just started blowing up,” Halstead laughed.

“April Fool’s Day is her favorite day of the year and she is ruthless,” said Shimkus, who hatched his plan several weeks ago, by ordering political-style lawn signs to announce Halstead was running for mayor.  “I thought adding “A Vision for The Future,” was pretty funny,” Shimkus said, referring to the word-play that points to Halstead’s ownership of a local vision center.

“I identified friends of hers in the city and at five o’clock in the morning I got up, drove around and put signs in their yards. I didn’t tell anybody what I did and then (on Facebook) pretended to be in Virginia for the day.”

Shimkus eventually fessed up, a day later. “She texted me and had a sneaking suspicion that it was me.” In November, city voters will head to the polls to elect a mayor for the next two years. Halstead was asked if she, after all, was considering tossing her hat in to the political ring. “De-fin-ite-ly NOT,” she said with a laugh. “It was a Todd Shimkus April Fool’s Day prank. And he paid me back big-time.”