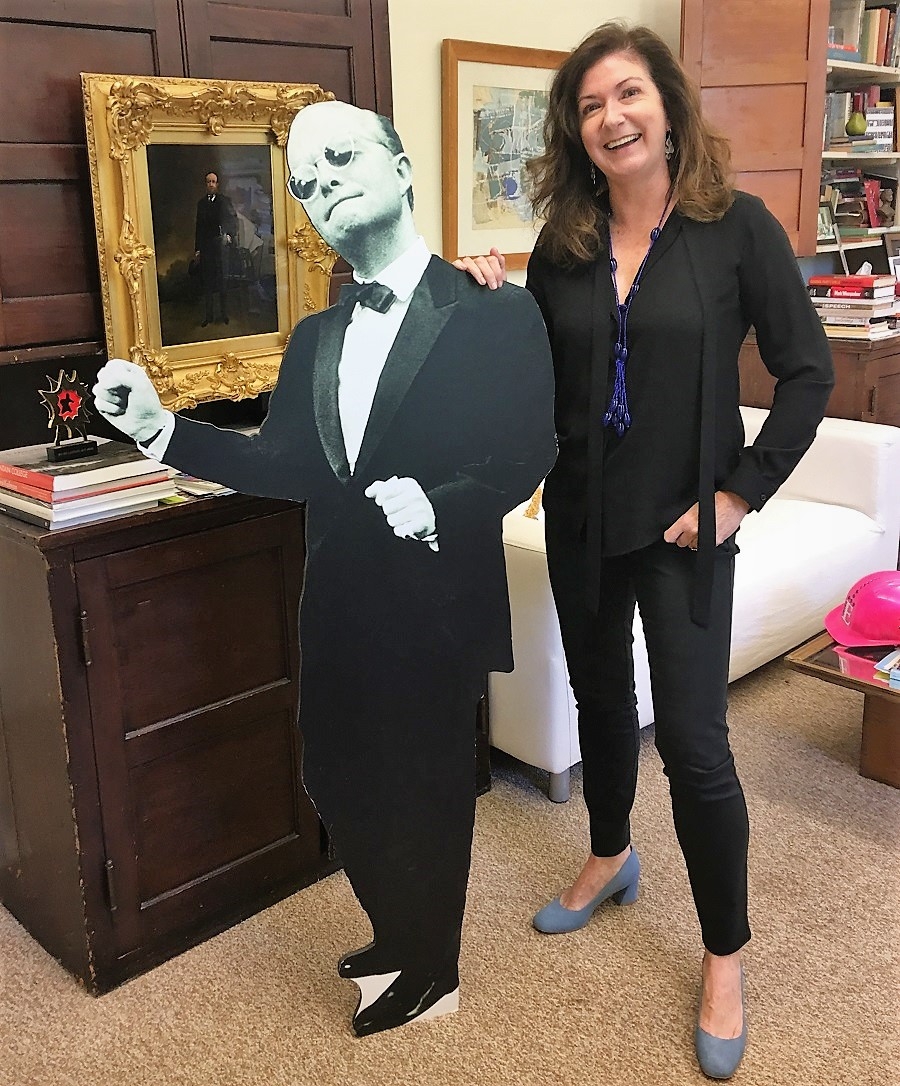 Yaddo’s annual summer benefit will feature Terry McMillan, best-selling author of “Waiting to Exhale,” “A Day Late and A Dollar Short,” “The Interruption of Everything,” and “How Stella Got Her Groove Back,” among others. The event will take place at 8 p.m. on Thursday, June 22. Proceeds from the benefit play a crucial role in ensuring the artists’ residency program continues to flourish. More than 6,500 individuals have created works at Yaddo – from literature and paintings, to photography, sculpture, music, dance and film – that have helped shape culture and touched millions of lives. For ticket information, go to: https://www.yaddo.org/.

What are some of the best things Saratoga has to offer?

I’ve been here 17 years now and I love the number of trails for walking, running, and biking. Also, the combination of spending the day outdoors being very relaxed and then in the evening being at some of the most sophisticated art offerings in the world. You’re always combining both sides of your brain, in one beautiful place.

The mansion at Yaddo is nearing 125 years old and is set to undergo a restoration.

The work at the mansion begins next month. It’s a two-year process that will stabilize the building and include some modest upgrades. We’ve raised $6.5 million in a $10 million campaign, which is going very well and ahead of schedule, so we’ll be able to keep Yaddo at its very best for another century.

You will come up that wonderful driveway, you will still see the mansion, but nobody really gets to see past the mansion. This is going to take you behind West House – which is our mini-mansion - and will take place on the Great Lawn under a tent, which allows you to see where the graveyards and the guest areas are. When we have the event in the mansion we have to cut it off at 200 people. This will allow us to have more people come this year.

There has been an active outreach into the community in recent years.

There are two parts to the Yaddo in the Community Initiative. One is a partnership with Northshire Bookstore where we co-host events featuring leading authors who have a Yaddo connection. (Yaddo will present An Evening with Gail Godwin at 7:30 p.m. on Monday, June 5 at Northshire Bookstore, 424 Broadway). It’s a celebration of the author and it’s also where people can meet some of the current artists-in-residence.

There is also a program with the Saratoga Springs High School where we have had some of the junior and senior students choose an archival project associated with Yaddo. The students did a lot of research, were able to access to papers in the Yaddo archive and got to do some one-on-one interviews with Yaddo artists.

In addition to the restoration at the mansion, what else is in store for Yaddo in the future?

There are plans for landscape improvements and interventions which will really help the public areas of the grounds. Right now, we get over 50,000 visits a year and we want to make it a little easier for people to park and spend a whole afternoon picnicking, so you’ll begin to see some work going on in the public areas.

We’ll also be working a little more on balancing ways of having more spaces for readings and concerts during which the community can be invited in without undermining the retreat. So, there’s a lot going on and the next few years will be exciting.