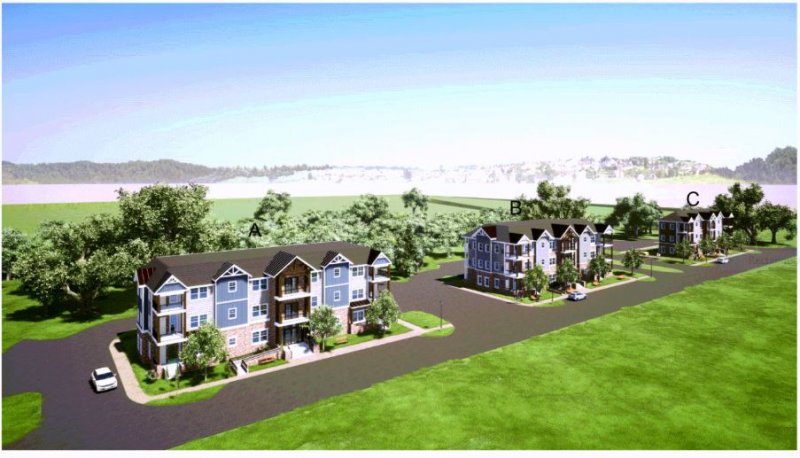 Rendering of proposed apartments at Station Lane, on the west side of Saratoga.

SARATOGA SPRINGS — The city’s three Land Use Boards – the Planning Board, Design Review Commission, and Zoning Board of Appeals have resumed their public meetings, which are currently held virtually via Zoom videoconferencing. They may be viewed by visiting the city of Saratoga Springs website at saratoga-springs.org.

This week, the DRC is expected to preside over architectural reviews regarding Station Lane Apartments - a new three-building, 39-unit apartment complex on the city’s west side, and Bethesda Episcopal – a mixed-use 4-story building at 26 Washington St.

Additionally, a popular Stewart’s Shop, which has operated at 402 Lake Avenue since 1990, is seeking an area variance that will redevelop/expand the current shop into a 4,130 square foot convenience store, with two gasoline fueling canopies. The improvements will “bring the building into closer aesthetic alignment with its surroundings,” according to documents filed with the city.

More in this category: « Tick Tock: Preparing to Enter Phase 1 Community Development Applications Reopen for 2020 – Deadline is May 22 »
back to top