Vaccine Update: More than Half of All Saratoga County Residents Have Received at Least One Dose 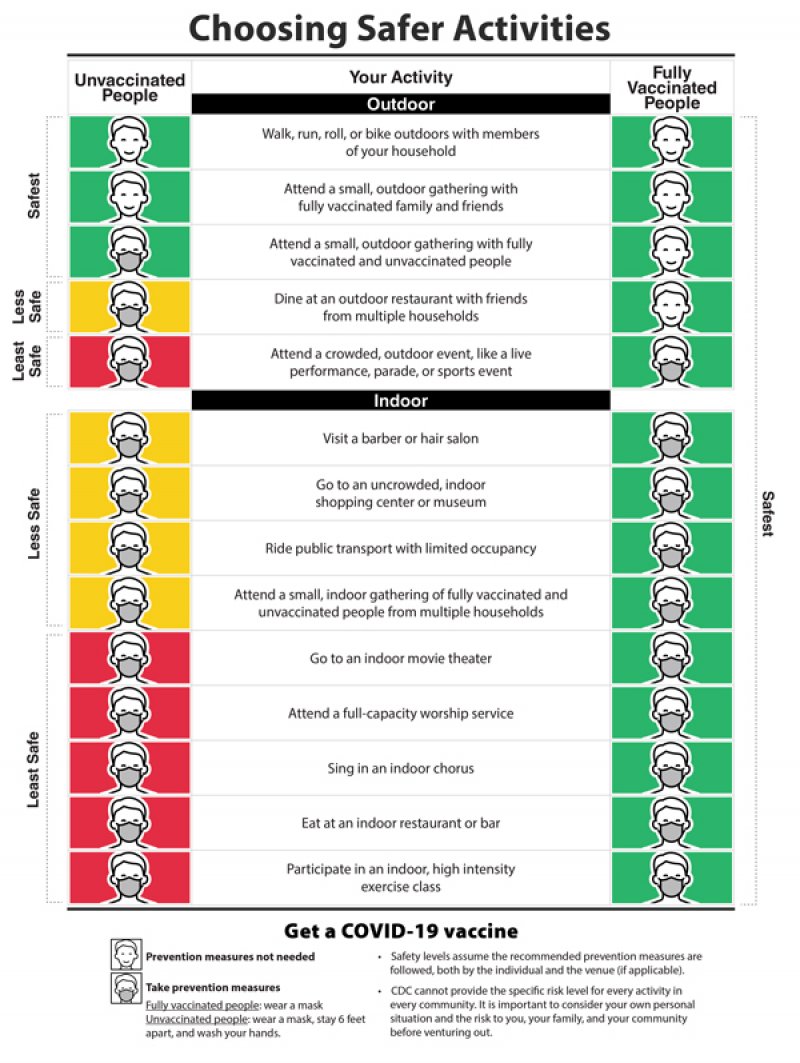 The CDC issued new mask guidelines on April 27, easing restrictions for people who are vaccinated.

SARATOGA SPRINGS — Approximately 120,000 Saratoga County residents - just over half the total county population - have received at least one dose of the vaccine, and of those more than 91,000 have completed the vaccine series.

Those numbers match similarly to the percent of the vaccinated population in neighboring Albany, Schenectady, and Warren counties. Under that 50% threshold: about 47% of Rensselaer County residents have received at least one dose of the vaccine, and about 38% in Washington County have done so, as of April 28.

“We’ve reached the point locally where our (vaccine) supply is appearing to be greater than the demand. We’ve had some openings and that hasn’t happened in a long time,” said Saratoga Springs Supervisor Tara Gaston, who is also chair of the Saratoga County Health Committee.

“What we’re looking at now is: Where is the population that wants the vaccine, but hasn’t been able to access it - and what are the barriers? We’ve started working on some things – farm workers, migrant workers, groups like food pantry workers and those who just don’t have the time to find a spot and then arrange to go there twice,” Gaston said.

“We’re also looking at whether a business or a certain community needs it, where are there 50 or 100 people.  We’ve done the stats from around the county and I’m working directly with the supervisors in those zip codes with the lowest rates. Do we need a POD (Point of Dispensing) in your town? Why aren’t people getting vaccinated and what can we do to get there?”

The CDC issued new mask guidelines on April 27, easing restrictions for people who are vaccinated. The CDC considers people fully vaccinated as two weeks after their second dose in a two-dose series, such as the Pfizer or Moderna vaccines, or two weeks after a single-dose vaccine, such as Johnson & Johnson’s Janssen vaccine.

Following a thorough safety review, the CDC on April 23 determined that a recommended pause regarding the use of the Johnson & Johnson Vaccine in the U.S. should be lifted and use of the vaccine should resume. The pause was recommended April 13 after reports of six cases of a rare and severe type of blood clot in individuals following administration of that specific vaccine.

In the case of COVID-19 infections, the greater Capital Region, as well as Saratoga County specifically, remain under 2% over a 7-day average of those tested. That infection rate peaked at about 10% in early January.

Currently those aged 16 and over are eligible for a vaccine. Pfizer has asked for authorization for 12-to 15-year-olds, which may be an opportunity for a mass vaccination site, such as the City Center, which officials in the county had considered as a potential site, but which has yet to be used in that purpose. “That might be an opportunity for a mass site because obviously as many school kids as we can get vaccinated prior to the fall, the safer our schools are going to be,” Gaston said.

After meeting the fully vaccinated criteria, New York residents may sign up for digital proof of their being fully vaccinated via the New York State Excelsior Pass. For more information about the Excelsior Pass, see Saratoga Today’s story last week at: saratogatodaynewspaper.com/home/item/13457-summer-outlook-a-safe-reopening-states-debate-venues-post-protocols.

At its meeting on April 28 the county Health and Human Services Department announced it had used nearly all $1 million authorized in March 2020 by the Saratoga County Board of Supervisors to be directed to battling the spread of COVID-19. The current funds remaining - approximately $15,000 - are expected to cover expenses into May. The department estimated an additional $600,000 will be needed to cover new costs through July. Those funds may come via a county transfer. About $500,000 in reclaimable costs that were spent have been sent to FEMA and other entities for reimbursement, but there is no indication when that funding may potentially come. The department also announced it will not seek, at this time, to renew a $2,000 per-week contract with the Saratoga Springs City Center that was in effect in the possibility the center would be used as a mass vaccination site. The contract expires April 30.

Read 507 times
More in this category: « Saratoga County Launches Leadership Program to Encourage Young Women to Participate in Local Government Saratoga Hospital Named to List Among “The World’s Best” »
back to top