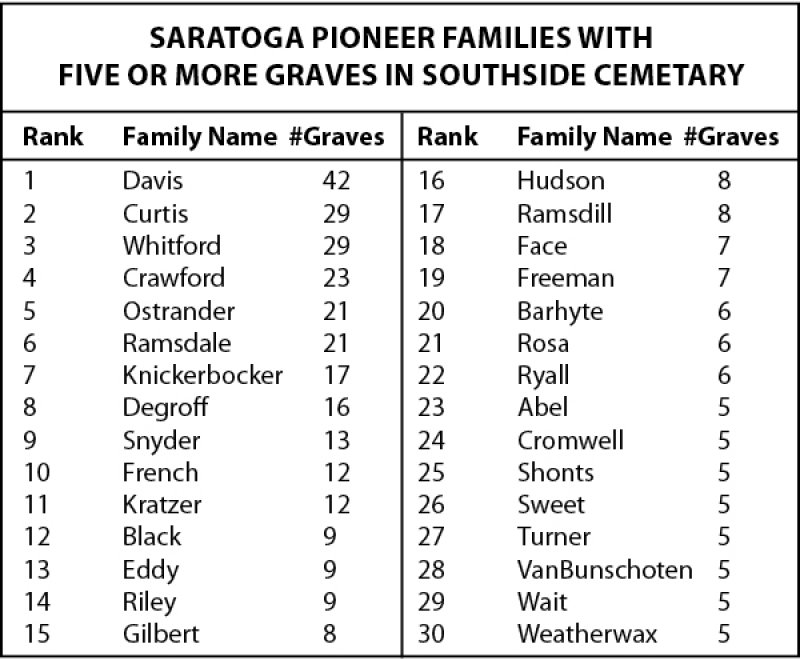 SARATOGA SPRINGS — The Southside Cemetery – the oldest still-existing cemetery in the city of Saratoga Springs – recently had control returned to a local Board of Trustees.

Formerly known as the Whitford Cemetery, it is located on Crescent Avenue just east of South Broadway, with an earliest burial that dates to 1801.

Corinne Scirocco, also of Saratoga Springs, was nominated to become a trustee representing the Saratoga Chapter of the DAR, there also being five American Revolutionary War veterans buried in the cemetery.

The board is seeking additional trustees who will hopefully come from the over 30 Saratoga Pioneer families with ancestors in the cemetery.

After reestablishing the association’s tax and legal standings, plans call for a fundraising campaign to be followed by an extensive cleanup and restoration of the cemetery beginning in the spring and summer of 2022.

Descendants interested in more details or becoming Trustees or Friends of the Cemetery should write to SSCA-Historian, P.O. Box 711, Saratoga Springs, N.Y. 12866, or email: This email address is being protected from spambots. You need JavaScript enabled to view it..

More in this category: « Covid by the Numbers - Saratoga County Surpasses 8.5%: Up-To-Date Info on Boosters, Vaccines and Testing Sites Under Development »
back to top