Saratoga Springs’ Role in The Fight For Women’s Suffrage Honored 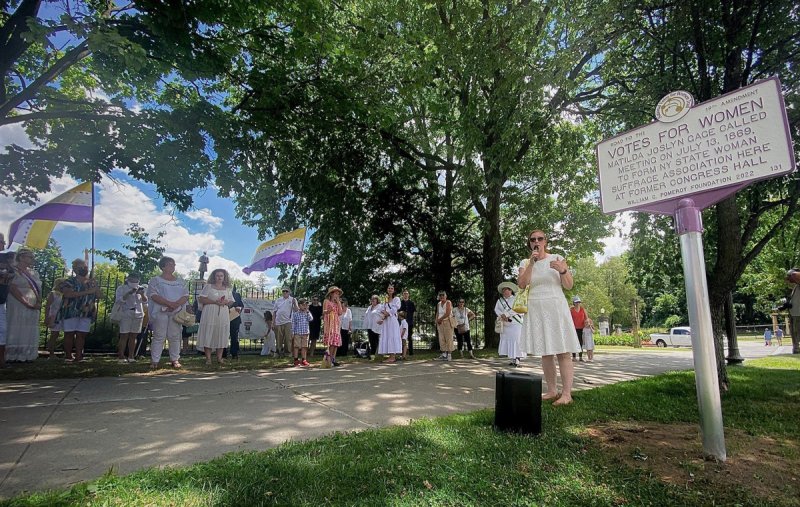 SARATOGA SPRINGS — Saratoga Springs’ role in the fight for women’s suffrage was honored in a series of events on July 13.

Two National Votes for Women Trail (NVWT) markers were dedicated to commemorate the role that Saratoga Springs had in giving women the right to vote.

The first was placed at 11 Fifth Ave. the childhood home of local suffragist Kathryn Starbuck. A march from Fifth Avenue to Congress Park followed. Many attendees wore suffragist white to show support.

A marker celebrating Matilda Joslyn Gage and her role starting the New York State Woman Suffrage Association in Saratoga Springs was subsequently unveiled outside Congress Park, and an afternoon of   dedications followed at Canfield Casino.

More in this category: « And The Winners Are... County Board Approves Temporary Lease for Saratoga Springs Code Blue Emergency Shelter »
back to top