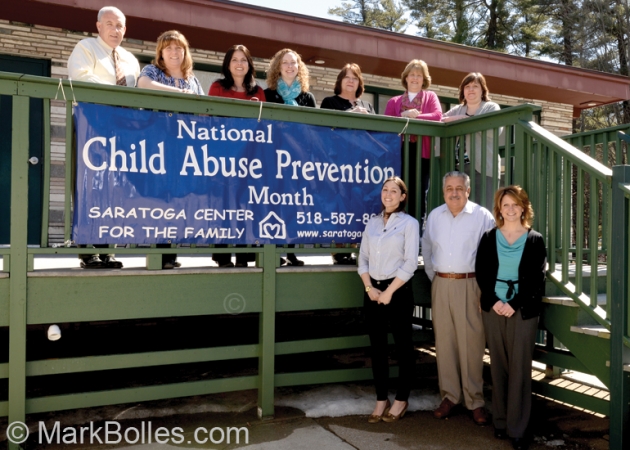 SARATOGA SPRINGS – The Saratoga Center for the Family is a major community asset, yet many county residents are not fully aware of the incredible array of services they provide. This is the first of a multi-part series about the Center and its activities.

Simply put, there is no better time to explore The Saratoga Center for the Family (SCFF) than the month of April.

“This month, SCFF encourages all individuals and organizations to play a role in making Saratoga County a better place for children and families.” Ms. Wormley continued.

As such, they have developed and coordinated a series of activities throughout this month. The schedule appears at the end of this story.

But the larger point is that SCCF makes Saratoga County a better place for children and families year-round. The actual statistics of people whose lives are stronger because of SCFF are nothing short of staggering.

But the numbers tell only part of the story. In our next segment, we’ll take a look inside SCCF and their activities that for 37 years have been geared to one goal: building stronger families.

April is National Child Abuse Prevention Month. The following activities and events have been created to promote Child Abuse prevention and awareness throughout Saratoga County communities:

Throughout the month of April

Sunday April 6 – Uno’s Dough Rai$er­ The Saratoga Uno will donate up to 20 percent of your lunch or dinner check to Saratoga Center for the Family. Diners need to present a ‘dough ticket’, which can be downloaded at: http://bit.ly/1eZAZtN

Crime Victims Candle Light Vigil ­ The Crime Victims Vigil is an opportunity for crime victims, their families and friends to come together to share their stories and experiences with the community. The vigil starts at 4p.m. at the Presbyterian New England Congregational Church in Saratoga Springs. District Attorney James A. Murphy III’s Crime Victims Unit brings this to the community.

Monday, April 7 - Split: Divorce Through Kids’ Eyes ­ Told from the perspective of children ages 6-12, this 30 minute documentary explores the impact divorce has on a child's mind and heart as their families change. This film and discussion is for parents who are divorced along with their children. SCFF Clinical Director, Kelly Barry, will lead a discussion following the viewing. 6:30 to 8 p.m. at Saratoga Springs Public Library.

- The Donny Elvis Show ­ Enjoy a night with ‘The King’ impersonator, Donny Elvis, at the Knights of Columbus Hall, in Saratoga Springs at 5 p.m. Tickets are $15 and proceeds benefit SCFF. Presented by Ct. McLaughlin #422, Catholic Daughters of the Americas.

Tuesday 4/22 - Alex and Ani: Charity By Design ­ Between 7-9 p.m., the Saratoga Alex and Ani store will donate 15 percent of all proceeds to Saratoga Center for the Family.

More in this category: « Helping Hope Take Flight Breaking Boundaries in a New Running Season »
back to top