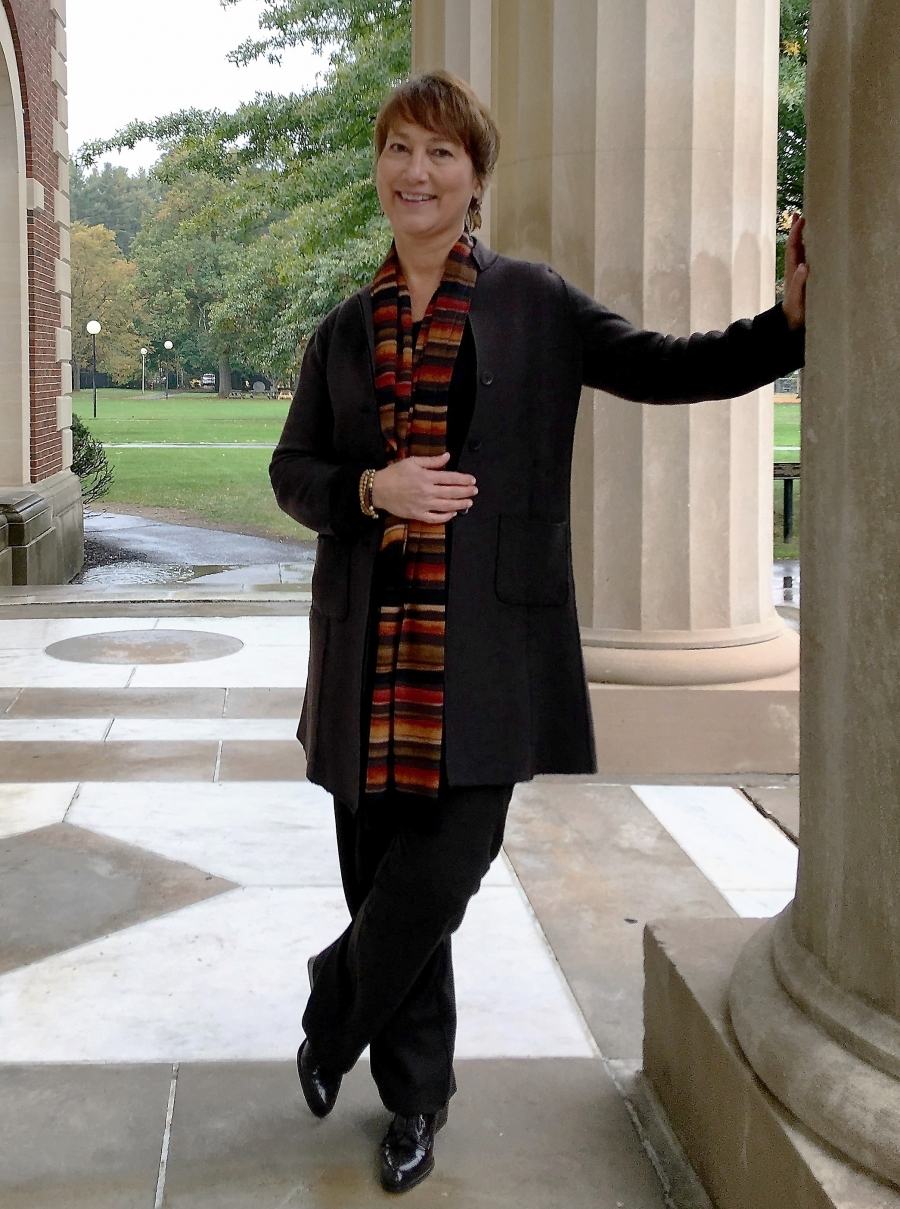 SARATOGA SPRINGS — Elizabeth Sobol leaned against a marble column outside the Hall of Springs. She glanced up at the architecture - detailed more than three-quarters of a century ago by Russian iron-workers, Italian plasterers and Austrian stone cutters - and searched for the words to best express the thoughts inside her head.

“It’s only been a month since my husband and I moved from Miami Beach to Saratoga. And it’s only been eight days since I walked into my office, but the overwhelming sense of magic, the cultural vibrancy I first felt in the city has only deepened,” said the newly minted president and CEO of the Saratoga Performing Arts Center. “I want to make sure more people experience the epiphany that I’ve had coming here.”

Moments later, the self-described “newcomer with fresh eyes” was formally introduced by SPAC Board chairman Ron Riggi to about two dozen board members and department heads gathered inside the hall’s Gold Room for their annual fall meeting. Sobol told them that she didn’t foresee radical changes taking place in the near future, but wanted to enhance what already exists by both deepening SPAC’s roots in the local community and extending the venue’s presence and visibility beyond the borders of the Capital Region.

“I feel fortunate coming in at this auspicious moment,” Sobol said in succeeding Marcia White, who earlier this year announced she would be retiring after 11 years at SPAC. “It has been a privilege to begin my new role at SPAC fresh off the heels of the 50th anniversary celebration.”

“2016 was very successful with the 50th anniversary and some beautiful weather,” treasurer Tony Ianniello added. No less than 35 special events were staged in conjunction with the venue’s golden anniversary, and audience attendance during the classical season of performances increased 3.4 percent, compared to the previous year. SPAC received more than $5.22 million in capital campaign gifts in honor of the anniversary. The funds will be used to support programming, capital improvements, and SPAC’s endowment fund, according to the organization. “Now we want to dig down and drill deep on how we can improve the numbers – raise more money and decrease expenses,” Ianniello said.

The Board announced membership rates in 2017 will remain at 2016 levels, and next year’s classical season ticket pricing will include a $30 amphitheater ticket, a $10 reduction in select seating from previous seasons. “As we move into the future, we hope to engage new and younger audiences in order to fulfill our mission of sharing world-class performances with the Capital Region community,” Sobol said.