SARATOGA SPRINGS – Representatives of the Rip Van Dam hotel project provided a revised update of their plans to the Planning Board on April 5.

Among the revisions: the previously suggested orange brick face of the building has been changed to feature a softer white appearance; the proposed banquet facility will be replaced by a restaurant, and the newest configuration will total 159 rooms. Previous proposals varied between 142 and 176 rooms.

Parking will be via a multi-story garage with a 341-vehicle capacity to be built on Hamilton Street, just south of Congress Street, atop a current flat lot.

The Planning Board is slated to consider Shelters of Saratoga’s application(s) for a special use permit and site plan review for a proposed permanent Code Blue emergency homeless shelter on Walworth Street. It is anticipated the board may consider those applications at its next meeting, on Thursday, April 19.

This is the current lot, facing Hamilton Street, where a proposed multi-story garage will be constructed. 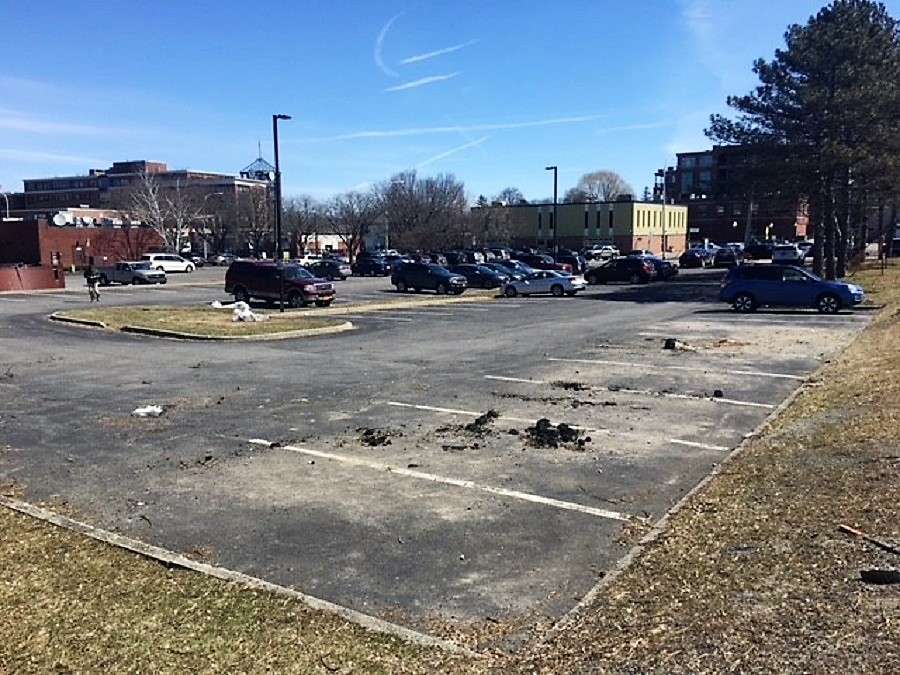 More in this category: « Many Voices Heard on Village Budget Woes Changing Times, Changing Tactics »
back to top