David Cassidy Gets His Day 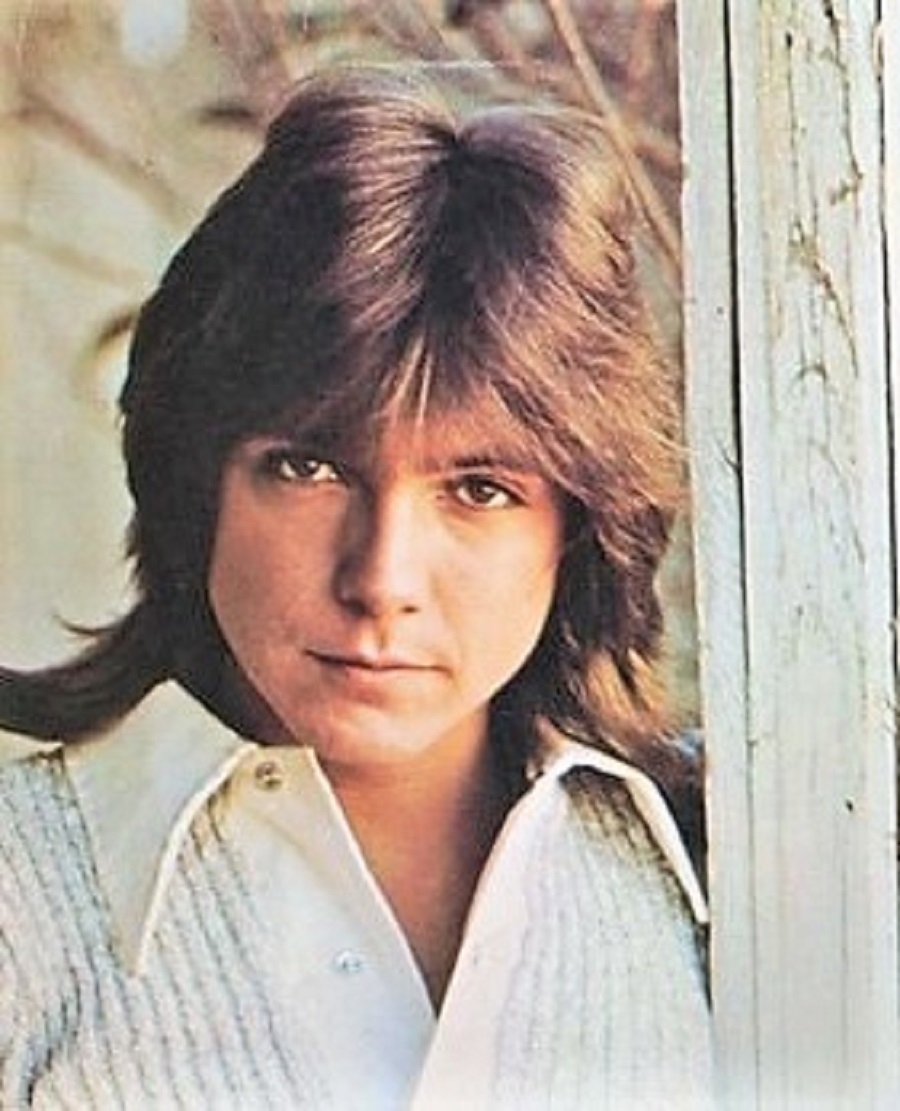 Susan Cox remembers those magical nights, eyes fixed on the television set in her grandparents living room in Indiana, waiting to see what kind of musical mayhem would ensue. On the screen, a single mother of five alternated sitting behind the wheel of the family’s multicolored school bus and “playing” the piano to lead her musically imbued children in song.

It was the eldest sibling, played David Cassidy, who most captured the attention of Cox, as well as millions of others across America.

“I had watched him on TV dramas like “The Mod Squad,” and “Marcus Welby, M.D.” and he was a dramatic actor of course, but from the first time I heard David Cassidy sing, I thought he was phenomenal. And ‘The Partridge Family’ I watched religiously, every Friday night, with my grandparents. My grandmother used to say: ‘He’s so nice-looking, but he needs a haircut,’” she says with a laugh.

“I was a fan since I was 11 years old. I had an extremely difficult childhood, and my grandparents raised me. David’s music lifted my spirits. It inspired me to not give up,” Cox says. “I’d sit in my room and listen to his music like every other teenage girl at the time. We were all David crazy.”

Cassidy launched a solo music career and following the “Partridge Family” sitcom TV show run, which concluded in 1974, Cassidy also resumed his acting career as well as following his love of horses. His passion for equines frequently brought him to Saratoga, where he bought his first yearling and where in 2001 he purchased a home.

“When David passed away in 2017, I felt the need to do something,” says the 60-year-old Cox, who worked at Notre Dame for 12 years, a handful of them in a fundraising capacity. “He gave so much of his life to his fans. He talked about how he loved us, and he knew we loved him. I chose Saratoga because he was into horse racing and he mentioned it as his favorite place in the world, so I started calling places in Saratoga Springs looking for a place to put a (memorial) bench.”

Her inquiries led her to the National Museum of Racing and Hall of Fame, which sits on Union Avenue directly across Saratoga Race Course which Cassidy frequented during the summer meet. Honoring Cassidy with a bench – the singer died in November 2017 at the age of 67 - would require Cox raising $2,500.

“It was my New Year’s resolution to do something for David. I opened a public Facebook page on Jan. 15 – the David Cassidy Memorial Bench at The National Museum of Racing. I think the first day it had 300 people liking the page. And it just kept going. Donations have come in I had People from Germany, from Malta, South America – Mexico, Columbia and Brazil – I’ve made so many new friends,” Cox says. “By January 30, all the funds were raised. Donations were still coming as of late April and all the excess goes directly into the annual fund in memory of David. I’m hoping I raised a lot of money for the museum because they were so gracious.” Following Cassidy’s lead, Cox says she has also embraced the Thoroughbred Retirement Foundation, which provides sanctuary to hundreds of horses across the country.

The bench was unveiled Thursday night in the revitalized museum courtyard, which has undergone a winterlong renovation. And in recognition of a $250,000 gift from prominent racehorse owner, philanthropist and Saratoga icon Marylou Whitney, the National Museum of Racing and Hall of Fame named its courtyard in honor of Marylou’s late husband, Cornelius Vanderbilt Whitney – who was among the museum’s founders in 1950 and served as the institution’s first president. The Cornelius Vanderbilt Whitney Courtyard will feature two benches honoring Cassidy. One is the result of a partnering between horse trainer Gary Contessa – who has more than 2,200 winning races under his belt - and Columbia County based horse owner, breeder and veterinarian Dr. Jerry Bilinski. The other Cassidy bench has been dedicated by singer’s fans, who will be flocking to the Spa City during the weekend.

“Sunday, May 20 will be our day to see the bench and reflect on his life,” Cox says. The museum has set a 2 p.m. to 4 p.m. window on Sunday specifically to welcome Cassidy’s fans. The courtyard will be open to the public and admission is free.

“David has got fans worldwide and there are people from Germany, from Great Britain and from Canada who are coming to the event,” says Cox, who will be making the 730-mile trek from her home in Indiana. A private Celebration of Life Event, featuring guest speakers and fan reminiscences will take place later Sunday night.

“When I started the campaign, I hoped and prayed that we could get this for David, this permanent memorial tribute to him. He was more than an entertainer, he was a good person with a good heart,” Cox says. “From the moment I reached out to the museum, they have been so gracious. I know that we’ll have an awesome time in Saratoga Springs. Your people up there are really phenomenal.” 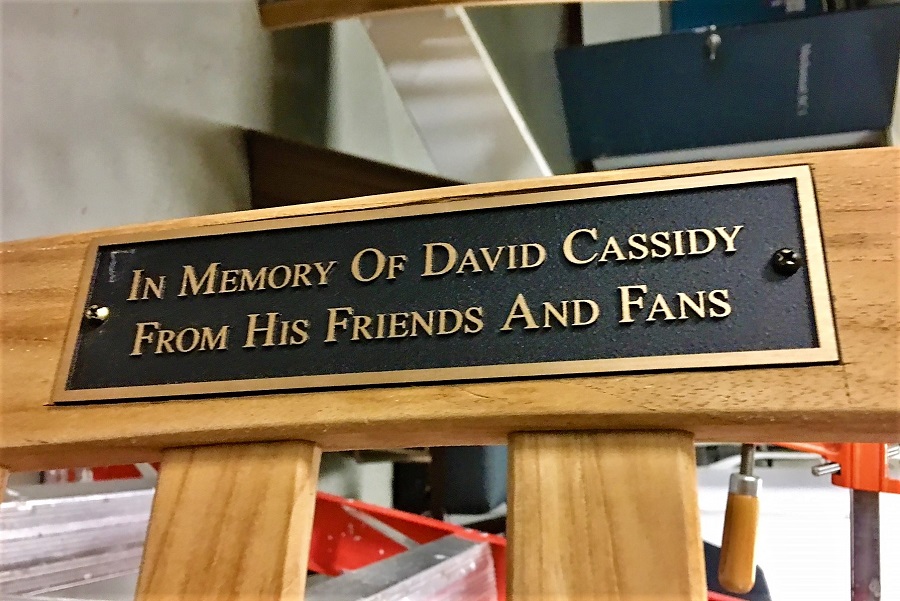