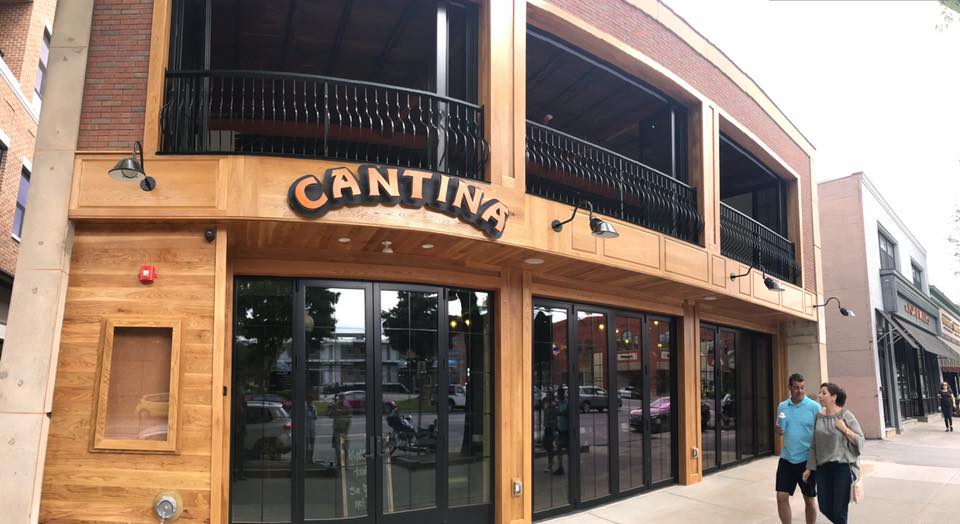 SARATOGA SPRINGS – Cantina’s new spot on 408 Broadway is open for business as of June 4.

The Mexican restaurant has moved to a new location that was previously home to Lillian’s Restaurant, which closed in 2016. According to Heath Ames, co-owner of Cantina, it was bought by a non-restaurateur in 2016 and was completely gutted but nothing further continued.

“It was great, it went super smoothly, we couldn’t be happier,” Heath Ames said about Cantina’s first night open at the new location.

“It was great to see so many familiar faces, we feel the excitement so we are really grateful,” she added.

Heath Ames co-owns Cantina with her husband Jeff Ames. The two opened up Cantina’s first location at 430 Broadway in 2007.

“Truth be told, we always looked at this spot,” Ames said.

“We loved our location always, we thought it was one of the best parts of Broadway but this was awfully close to us and we always thought that this is the other best spot on Broadway; So the opportunity came to us over last summer and we jumped at it and we've been working on it ever since,” she added.

According to Ames both she and her husband chose not advertise the opening of the new location.

“We are working hard to keep it the same Cantina, we keep calling Cantina 2.0, just a bigger, better, and faster version of it," Ames said.

You may notice in passing that there is a second floor. This space will be used as an event and catering space. Both Heath and Jeff Ames hope to open this portion in roughly six months. The windows on this floor, facing Broadway, are actually doors that will open.

“You will feel like your outdoors, it’s almost kind of a balcony type of feel," Ames said.

Bonacio Construction was tapped to remodel the property last fall according to Ames.

“It’s a small town so, of course we know the Bonacio’s and they were an easy choice because they’re so professional and they are known for being timely… We had all kinds of reasons to want to work with them,” she said.

“They know how to put a building on Broadway, that’s for sure,” she added.

Ames teased that the pair hope to add a rooftop patio to Cantina but professed that these are very tentative dates.

Cantina’s new location also means some new menu items including the Aguachile Rojo, which is made with shrimp, a grilled octopus dish and chocolate tacos made with a Kilwin’s waffle-cone. A New cocktail recommended by Ames is called La Borracha, which is made with gin and hibiscus-infused pisco.