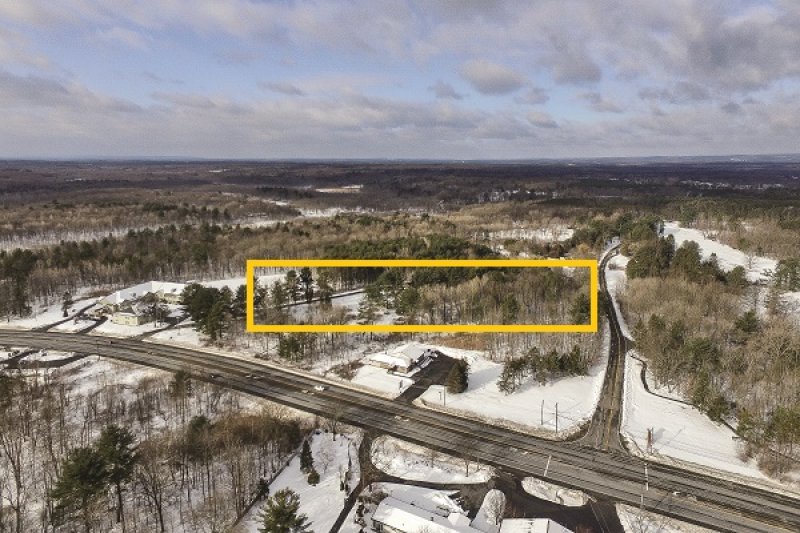 - Facing west above Route 9, which runs left (south) to right (north). For orientation purposes, note SPAC sits just out of view, at the right. The proposed project would be developed upon the lands between Columbia Avenue and East West Road - shown here feeding off Route 9 and heading west. SuperSource Media

SARATOGA SPRINGS – An international resort company with a stated mission to “dream big” is eyeing the Spa City as a place to potentially develop its latest luxury hotel.

Hoshino Resorts, which operates 37 facilities both in and outside Japan, operates four distinct brands: luxury flagships, hot spring resorts, resort hotels, and city tourism hotels, featuring venues which vary from countrified mountainside resorts to the heart of big-city Tokyo. The company entered into a Memorandum of Agreement of Sale in September as purchaser regarding two parcels of land totaling nearly 87 acres, located just south of Saratoga Spa State Park. A “deed agreement” was filed with the Saratoga County Clerk’s Office on Oct. 3.

According to the company’s literature, Hoshino Resorts provides “a unique experience focused on the local charms of each destination and a high level of omotenashi Japanese-style hospitality.”

The company was formerly known as Hoshino Onsen Co., Ltd. and changed its name to Hoshino Resorts Inc. in 1995, and is based in Kitasaku, Japan, according to Bloomberg.com. An Albany-based attorney representing Hoshino Resorts did not return a phone message requesting information for this story.

The memorandum of agreement notes two specific parcels: 6.88 acres at Route 9 and Columbia Avenue, and 79.34 acres at 38 Columbia Avenue. The lands are located in a mostly wooded area, just south of the Saratoga Spa State Park and East West Road, just off Route 9. According to the document, the closing and transfer of title is slated to potentially take place within 30 days of the end of the due diligence period, specified as Nov. 1, 2020. Hoshino has the exclusive right to purchase the properties under the agreement.

Specific plans for the type of development under consideration for development in Saratoga Springs are not known.

Bradley Birge, the city’s administrator of planning and economic development, said formal applications that would signal the potential start of a project – such as a building permit - have yet to be filed with any of the city’s Land Use boards. Salomone and Company – a limited liability company with offices in New York City, is listed as the “seller” of the properties, according to the memorandum of agreement of sale.

Steven Salomone, whose grandfather Saverio Salomone purchased the property in the 1940s, was unable to confirm or deny anything relative to a potential transaction. He does remember visiting the property as a young man.

“When I was kid, we would go up there every summer,” recalled Steven Salomone, who is 64 years old. “I remember the State Park being next door. That was exciting to us. There is a small pond or lake on the property towards the back and when it would freeze, Saverio would go out and chop the ice and sell it.  He was apparently running a pretty good business doing that,” Salomone says, with a laugh. “Back in the day people were still using ice boxes up there. I think they used to call it the Ice Lake.”

In 1949, Saverio was granted Zoning Board approval to erect six cabins off Columbia Ave., according to city records.

“Buying land in Saratoga to my grandfather, it was like buying farmland,” Salomone says. “You know he was an Italian immigrant and owning land was something that was important; having land in the county was important to them. My grandfather and grandmother also put a small hotel up – not a hotel by today’s standards, but they had rooms they would rent out. It was called the Salomone Motel and when the racetrack was busy and people were looking to rent anything that was possible, we used to have people stay in the rooms.”

As the grandparents got older, the property was used less frequently. The bungalows eventually came down and a main house, which had been rented out, has been dormant for the past handful of years, Salomone says.