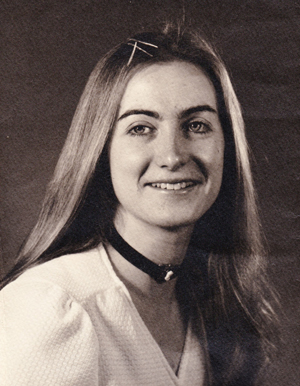 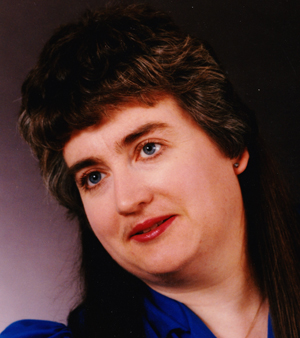 ALBANY – Karen Susan Stevens went peacefully to be with the Lord on Monday, May 10, 2021, at Albany Medical Center in Albany, NY.

Karen was born on March 13, 1952, in Saratoga Springs. She was the only daughter of James E. and Theresa (Hebert) Stevens, who predeceased her.

Karen lived independently with mental illness her whole life and was a hero to many that knew her! Until a few years ago, when she needed some living assistance, she was a lifelong resident of Saratoga.

Karen, like her mother, was always a fashion plate when she left the house, always well put together, very personable and well liked. Also like her mother, she would sometimes don clown attire as “Sparkles the Clown” and “clown around” with her mother or maybe without clown attire singing with the Young at Heart Chorus, directed by her mother, in various venues around the Saratoga area.

When she was ten years old, she acted in Summer Stock at the Spa Summer Theater, appearing in Finian’s Rainbow, Teahouse of the August Moon, South Pacific, Carousel, and later she was a member of the Glens Falls Operetta Club appearing in Fiddler on the Roof and High Spirits.

Karen did volunteer work in geriatrics at Saratoga Hospital, where she visited and did art projects, gave an occasional manicure, directed sing-alongs with patients and assisted the head of the volunteers in showing films on Wednesday nights. Her efforts there earned her an award for being an exceptional volunteer.

On June 13, 1985, Karen received a Certificate of Completion from VO-TEC Center in office procedures and Word Processing.

Karen did volunteer work and dance therapy at Glens Falls Mental Health Clinic and Saratoga Mental Health Clinic for which she was named in Who’s Who in American Colleges for 1992. She choreographed at Adirondack Community College and was offered a position there as dance instructor. These associations helped her to know just how to interrelate with people with various forms of mental handicaps.

Karen also worked as a sales representative at Montgomery Ward, office worker and switchboard operator at VO-TEC in Saratoga, and a waitress and night maid at the Gideon Putnam Hotel.

Karen worked at Unlimited Potential, a workshop business, where she learned a variety of woodworking skills. She also learned the art of flower arranging and some library skills. She was a painter and did paintings and wooden plaques that were used as a decorative display in the agency’s store front and offered for sale. She eventually became a receptionist and front office worker. Among the awards she received at UP were as the most dependable worker, Worker of the Month for February 1990, and Worker of the Year for 1990.

Karen volunteered at the Book Bag, the resale shop at the Saratoga Springs Public Library, for many years in the 1990’s and early 2000’s. In 2003 she won the Marie Madden Award for her dedication to the job.

Karen volunteered at WIC in the 1990’s. Seeing the little ones that were helped through this program gave her great joy and helped her to keep a healthy and objective outlook on life.

Karen was a member of the Saratoga Junior Civic League, Homemade Theatre, the Sweet Adelines, and the Capital District Psychiatric Center Mental Health Players performing throughout the Capital District bringing awareness to the public through improvisational role-playing dealing with issues relating to mental illness, mental health services, and community problems. She acted as both a performer and consultant.

Karen is predeceased by her parents, her youngest brother, Patrick, who was born on her birthday eight years after her, her maternal aunts, Alice Maher in 2001, Matilda DiNovo in 2007.

The family will have a celebration of life later TBD. You may go to www.burkefuneralhome.com to sign the guest book, leave a sentiment and post pictures.

In lieu of flowers, donations can be made to the Saratoga Senior Center, 5 Williams St, Saratoga Springs, NY 12866 (https://saratogaseniorcenter.org/donate/) or to NAMI Eastside in Redmond, WA.( https://nami-eastside.org/donate/).

More in this category: « Dean Deuel, Sr. Robert Badaszewski »
back to top