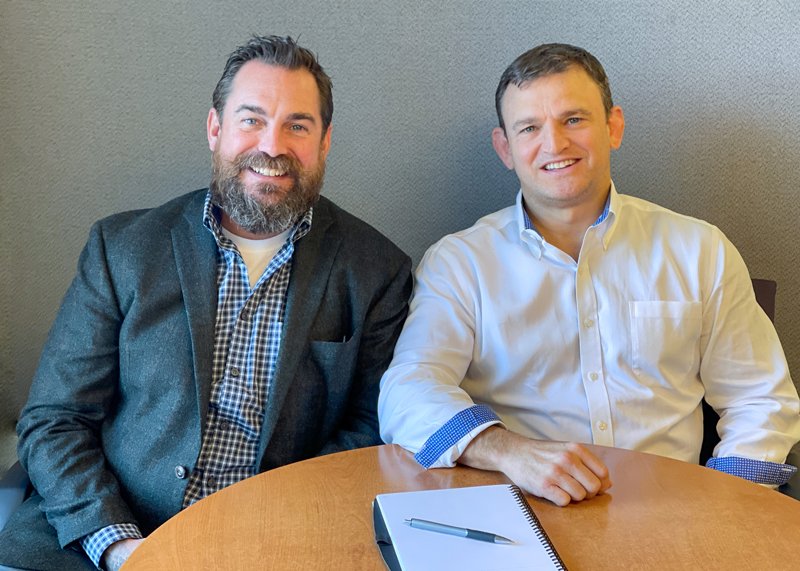 SARATOGA SPRINGS — Chad Beatty and Mike Nelson have launched Saratogabusinessreport.com, a new online presence with a county-wide focus targeting area business owners and managers to assist them in better navigating the act of doing business in Saratoga County.

The launch of the site, which went live in late February, adds to a growing portfolio of digital properties for Beatty and Nelson, who launched saratogabride.com in February 2020.

"As a digital marketing company, we are always adapting to a changing digital landscape. We saw the need for a strong business focused news site locally and decided it was time to use the resources we had available to launch saratogabusinessreport.com,” Nelson said. “Our mission is to add as much value as we can to our clients and their digital marketing efforts.”

Beatty has been a resident of Saratoga County for nearly 20 years and owns Saratoga Publishing, which produces Saratoga TODAY newspaper which launched in 2006.

“My goal has been to grow the local business coverage in Saratoga TODAY, but as a weekly newspaper we just don’t have the space. Going online with a Saratoga County focus is the perfect solution,” Beatty said. “In 2005 I ran the state business newspaper in NJ and found it really exciting and rewarding. So, adding the Saratoga Business Report to our digital portfolio makes complete sense.”

The partners say that while Saratoga has the monthly newspaper Saratoga Business Journal, and Albany has the weekly Business Review, they felt there was a digital hole in coverage for the business community in Saratoga County.

“We’re in our ramp-up phase so we’re trying to get five new pieces per week on average. That will increase as we move forward and we’ll also be adding in events,” Beatty explained. "Sites like this are always a work in progress. We plan to expand what the site is offering in the coming months as we build it out more," Nelson added.

Saratoga Business Report is interested in hearing from Saratoga businesses with announcements – from new employee hires and anniversaries to events, and new product launches.

For more information, go to:  saratogabusinessreport.com.