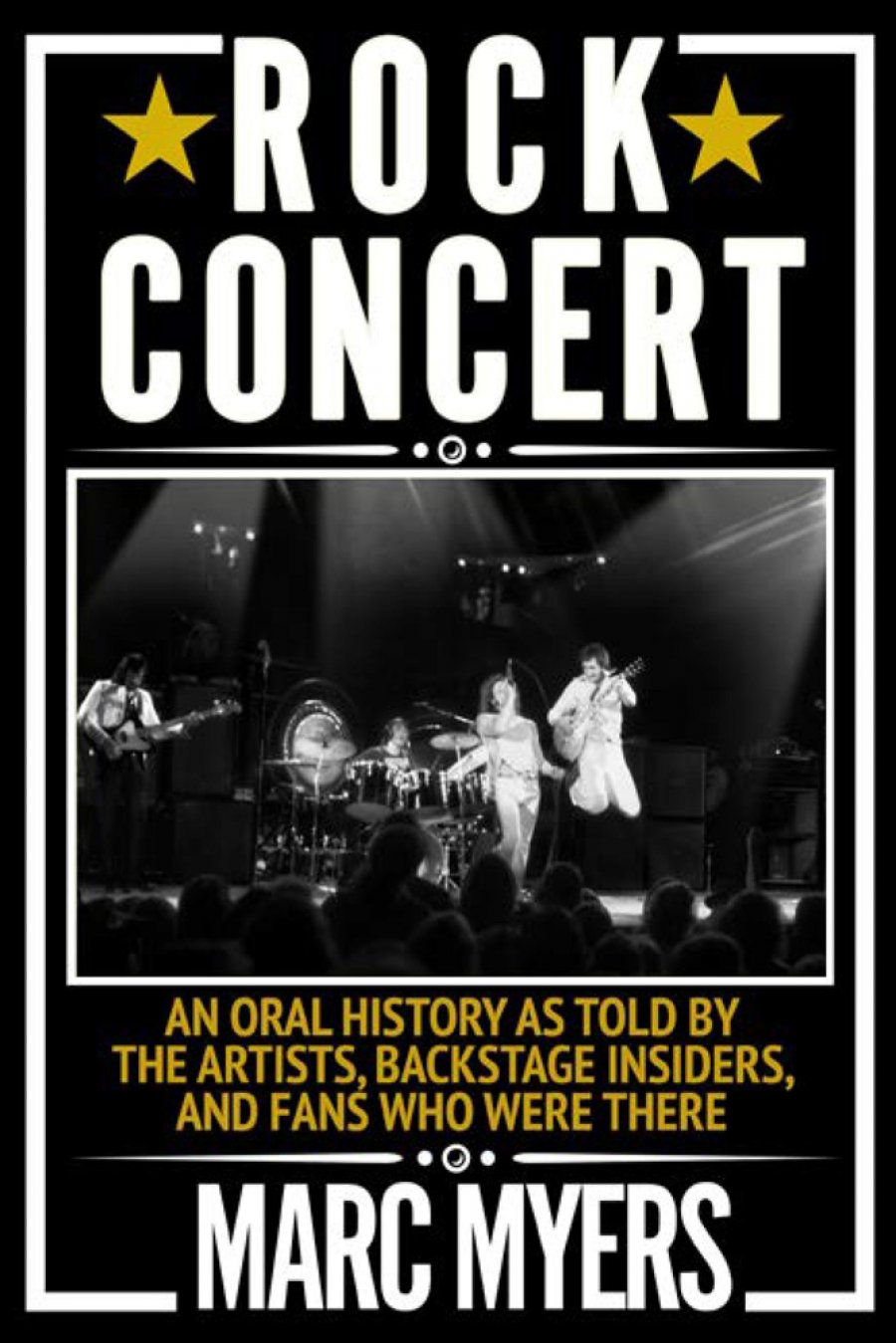 SARATOGA SPRINGS — The Rock Concert. It has served as both rite of passage and meeting place for the gathered tribes.

In his new book, titled “Rock Concert,” interviewer Marc Myers explores the history of rock and roll over a period of four decades as a live, publicly staged art form.

Drawing on original in-depth interviews with nearly 100 sources, Myers re-visits some of the more notable performances of the 20th century, and offers a cautionary conclusion about the future of the art form. Breaking its initial promise as a space for inspiration, the rock concert has been drifting into a dangerous territory of becoming an endangered species.

“From the beginning, live music’s purpose was to transform a gathering into a community by altering their minds,” writes Myers, who chronologically traces rock’s roots from the end-of-World War II emergence of independent record labels sharing the sounds of boogie-woogie and jump blues, up through the mid-1980s era of stadium rock.

“Rock Concert: An Oral History as Told by the Artists, Backstage Insiders, and Fans Who Were There,” is split into four parts – one dedicated to each of the decades between the 1950s and ‘80s.

Joan Baez recalls singing with Martin Luther King as a crowd gathered at the Lincoln Memorial in 1963 joining in a rendition of “We Shall Overcome.” Ronnie Spector remembers the early gigs of The Ronettes at New York’s fabled Peppermint Lounge, and several dozen music industry notables weigh in, Todd Rundgren and Ian Anderson, Marshall Chess, Roger Waters and Seymour Stein, among them.

The intricate spool that was the concert experience of the 1960s is unraveled to reveal a linear progression from the early inspiration provided by a young Bob Dylan to the landing of The Beatles in America; It forges a path through Bill Graham’s opening of the Fillmore and the staging of massive pop festivals nationwide, accented by the affirmation that was the summer of Woodstock and crashing at Altamont by decade’s end.

Moving forward, Myers portrays the 1970s as the era that ushered in large arena shows and sired the corporate influences and the MTV age of the 1980s.

Myers’ own first concert was as a 15-year-old, watching Santana perform at New York City’s Felt Forum -  a theater nestled alongside the then-new most recent incarnation of Madison Square Garden. “Rock Concert” comes to a full stop after the 1985 staging of the global jukebox that was Live Aid.

“The rock concert didn’t disappear the day after Live Aid ended,” explains Myers in the book’s epilogue - although it had significantly changed. Strategies first developed by industry pioneers were leveraged by live-entertainment companies, the emerging youth culture grew enamored with social media and digital access to recorded music, electronics cast an increasing shadow over live performers, and the cost of concert tickets climbed to greater and greater heights.

“Along the way, the rock and the rock concert became less of an agent for social change and more of a nostalgia business for legacy artists,” writes Myers, a frequent contributor to the Wall Street Journal where he writes about music and the arts.

The voices and memorable concerts that comprise the oral biography provide an illuminating retrospective of cultural happenings that meant so much to so many. Many of the major happenings are covered, although the stimulating energy taking place on club stages - and the movements of glam, punk, metal and funk it ignited, are largely ignored.

“For rock to survive in its original form as an art form of outrage and pushback, the music and rock concert will have to connect meaningfully with the youth culture’s current concerns and agenda,” Myers surmises. “Otherwise, rock and the rock concert risks fading away with the generation that was most inspired by its rise.”

“Rock Concert: An Oral History as Told by the Artists, Backstage Insiders, and Fans Who Were There,” by Marc Myers. Published by Grove Atlantic, $30. Available at Northshire Bookstore Saratoga.