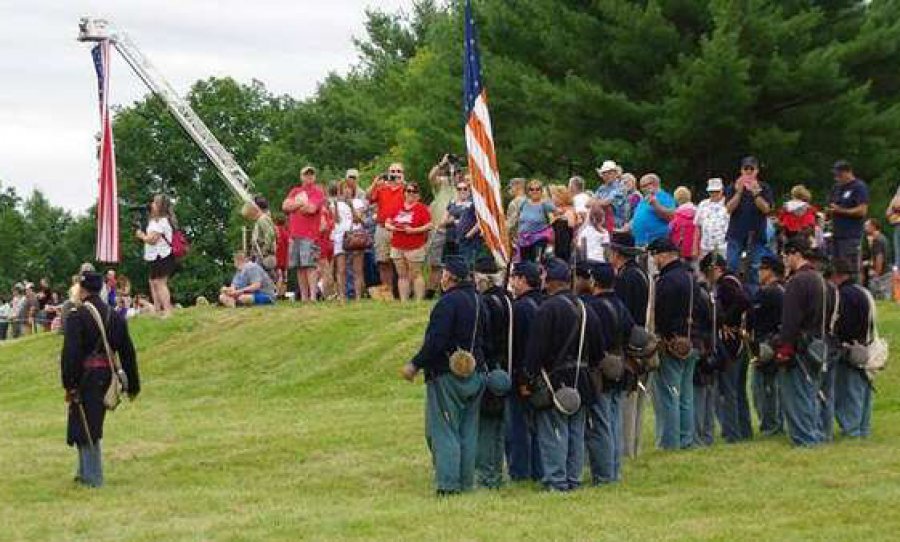 WILTON — Mt. McGregor and Grant Cottage Historic Site are preparing to launch a new vision for the future of the historic site, which would include a series of improvements and some new development.

Potential plans include improved parking access, the expansion of trails, the development of a rustic gazebo and replica train station that once stood at the site, a pavilion that could host more than 100 people, and using a five-acre parcel that was once part of the former Mount McGregor Correctional Facility recreation yard for signature events.

Former U.S. President Ulysses S. Grant spent six weeks at the cottage in 1885, completing his final memoirs prior to his death.

“Grant Cottage really started out as a little place in northern Saratoga County where Ulysses S. Grant was invited up to because he had terminal throat cancer,” Grant Cottage President Tim Welch explained, during a presentation to the county Board of Supervisors last week.

“He was invited up because the temperature was so hot in New York City in 1885, his doctors didn’t think he would survive to complete his memoirs. He spent only six weeks in Saratoga County, but he completed his memoirs and Mark Twain published them. He wrote his memoirs because he was dead broke. His son got him into a Ponzi scheme and he lost $200,000 – everything he had – and he had like 89 bucks in his checking account. So, that’s why he wrote his memoirs. Within a year after his death, his wife got a check for $450,000 in royalties from Mark Twain, which today is worth $11 million,” Welch said. “This is part of the story we have to tell as we attempt to expand the footprint of Grant Cottage with the Master Plan the LA Group is helping us put together.”

The expansion would help the site meet a growing interest and entice more visitors to the cottage specifically and the area in general, officials said. Attendance restrictions brought on by the pandemic aside, there have been positive signs of late regarding the site. Last year, the History Channel announced its presentation of a three-part mini-series on U.S. Grant, with the Grant Cottage featured in the docudrama. Produced by Leonardo DiCaprio’s production company, which filmed at the cottage in October 2019, Grant Cottage also was the recipient of a $10,000 donation from DiCaprio. This past January, Grant Cottage was approved as a National Historic Landmark by the National Park Service.

Grant Cottage was headed to closure on the 100th anniversary of Grant’s death in 1985 until a group of concerned citizens got together to save it by having a volunteer staff and keeping it open to the public for five months of the year.

The cottage is looking to reopen for the season “in the next several weeks,” Welch said. 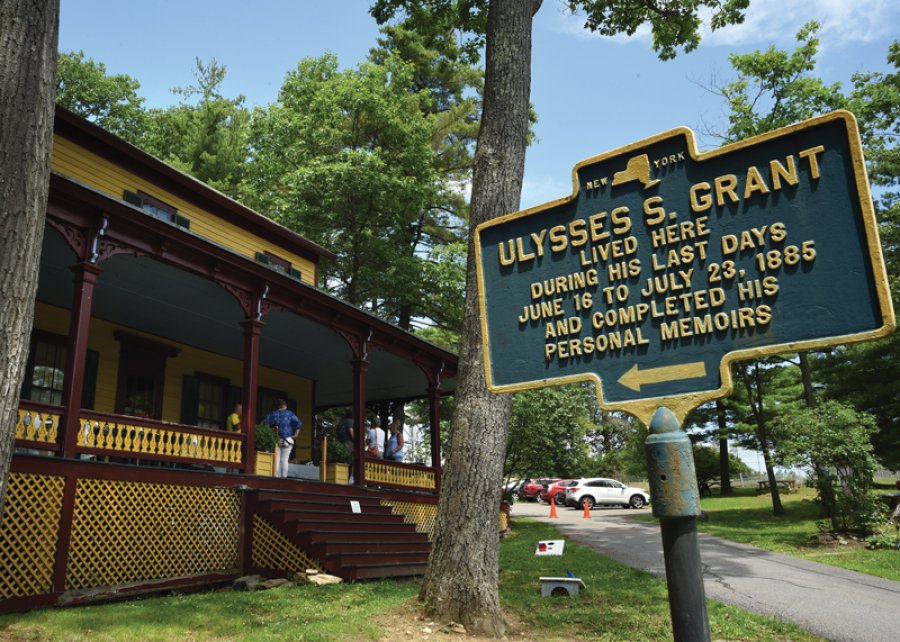 WILTON — The U.S. Grant Cottage has been approved as a National Historic Landmark by U.S. Secretary of the Interior David Berndardt, Congresswoman Elise Stefanik announced this week.

Ulysses S. Grant completed the second volume of his memoirs at the cottage, just days before his death in 1885.

“After a six-year application effort, the place where the ‘Man who saved the Union’ died after completing his Civil War memoirs finally puts the Cottage on the national historic tourism map,” Tim Welch, Chair of the Friends of Grant Cottage Board of Trustees, said in a prepared statement.

National Historic Landmarks (NHLs) are historic places that hold national significance. The Secretary of the Interior designates these places as exceptional because of their abilities to illustrate U.S. heritage. Grant Cottage becomes one of 274 NHLs in New York State, and nearly  2,600 in the United States.

Grant Cottage had previously been named the 24th New York State Literary Landmark by United for Libraries and the Empire State Center for the Book. It is closed during the winter months and slated to re-open in April. For more information, go to: www.grantcottage.org.