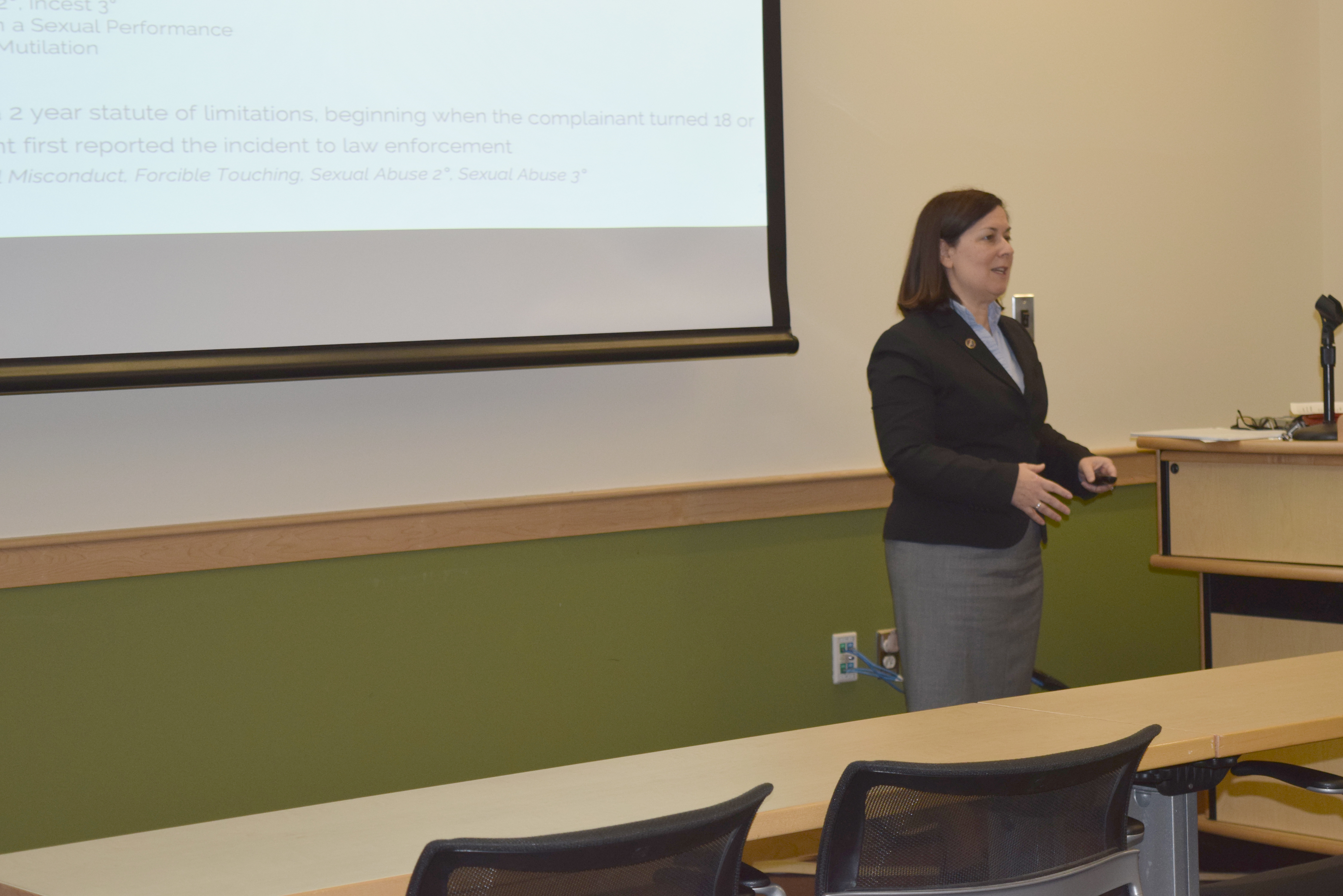 “I hope they leave with information that empowers them to act. So, and understanding of what the timeframes are,” said Assemblywoman Woerner.

Earlier this year Governor Andrew Cuomo signed the Child Victims Act, which extends the state’s statute of limitations for victims of child sexual abuse to report the crimes. According to Woerner, a victim now has until age 28 to file a criminal complaint and age 55 to file a civil suit against their abusers and any institution that enabled or protected their abuser.

There is a one-year window open for those currently outside their statute, to file a civil complaint which closes August 13, 2020.

“We want to make sure that the broadest number of people get the information about what this Child Victims Act could do, and how people who were victimized as children now have an opportunity to seek justice and how they go about it and what the timeframes are that they need to act,” said Assemblywoman Woerner. “I think that it’s really important that those who have been abused as children get the justice that they deserve, should they seek it.”

“We do victim services for all of Saratoga County and really beyond. We have a victim advocate that provides all sorts of support and assistance to anybody who identifies themselves as a victim,” said Rebecca Baldwin, Executive Director of Saratoga Center for the Family.

For those looking for guidance, advice or would like to get involved in helping others, Saratoga Center for the Family can be reached at 518-587-8008.

More in this category: « Reconstruction of Berlin Wall at Skidmore College to Honor 30th Anniversary of the Wall’s Destruction Hannaford’s “Fuel Kids at School” Program to Donate $1 Million to Support Hunger Relief Efforts »
back to top