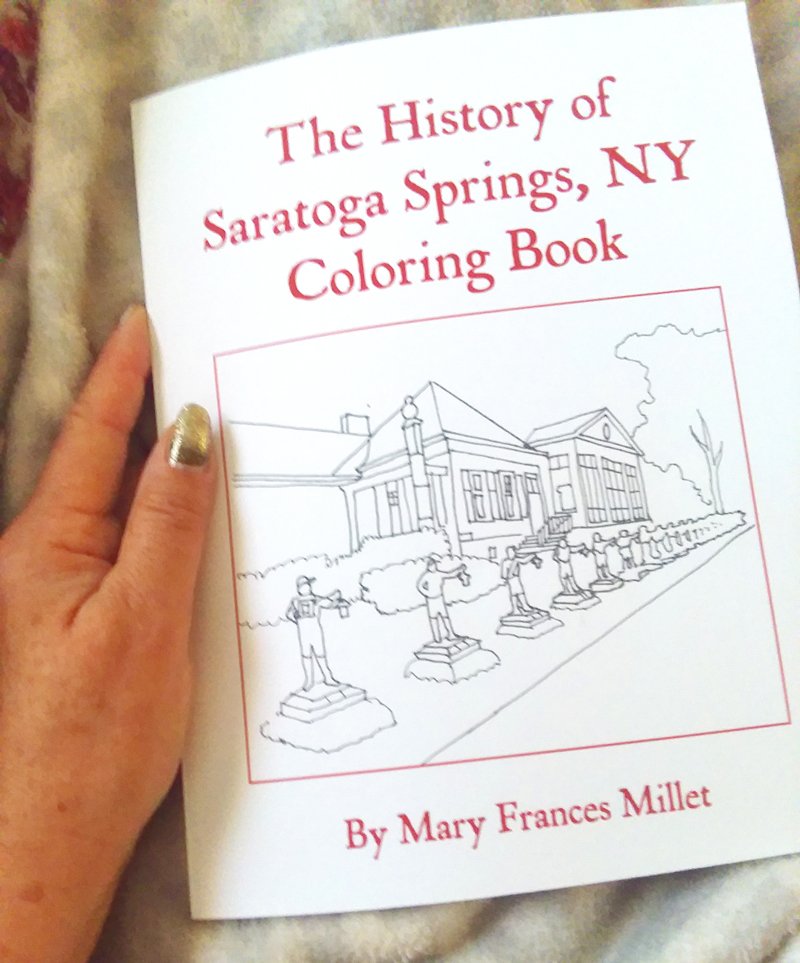 Color Saratoga Springs’ history any way you’d like to see it.

Drawing off the success of “The History of Schenectady, NY Coloring Book,” published in 2017, this second book (in what Millet plans to make a series) includes 60 hand-drawn illustrations of iconic Saratoga scenes.

“The series is a way to tell people what we have here. There are facts on each page because I wanted to make it like a history lesson that would be fun and interesting for all ages,” she said. 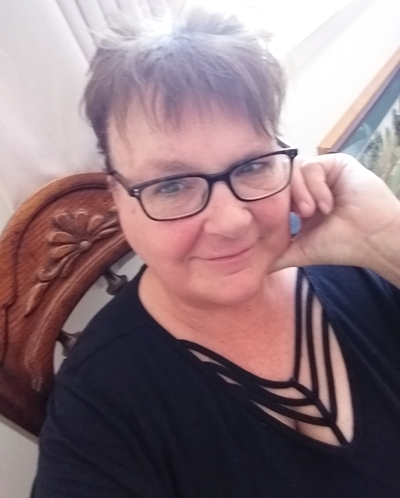 Mary Frances Millet’s coloring books are a snapshot of our shared history.

It’s a history that held some surprises for Millet, who is a third generation Schenectady native that has also spent a lot of time in Saratoga Springs.

“Saratoga has more than just horses and springs. It was the first and best in a lot of areas, including the Grand Union hotel, which was the biggest and best hotel of its kind in the world!”

Among some of Millet’s favorite facts include, that:
• Saratoga was the birthplace of Dr.  Simon Baruch’s research institute. He was the father of hydrotherapy and started his studies in Saratoga in the 1800s.
• The carousel in Congress park has real horsehair on its horses’ tails.
• The “Saratoga porch” is a structure with three stories and balconies on each level.
• The Old Daley Inn is the oldest building in Saratoga Springs.

A GLIMPSE INTO THE PAST
Millet, who is also a caregiver and former occupational therapist, said that in addition to the relaxation and enjoyment that families can get from coloring the pictures, this book is also a great tool for a historical “treasure hunt.”

It has something for everyone.

“It’s a trip down memory lane. For those who are older and have dementia or Alzheimer’s’, it can help bring back the memories they may have thought were lost,” said Millet.

It took about six months for Millet to draw the pictures for this latest book, which were then laid out by graphic designer, Dianne Stage Fowler.

Both of her coloring books are available on Amazon and at Northshire Bookstore.

Find Mary Frances Millet’s art and silk scarves at Thistle Be Perfect, 19 Glenridge Road, Suite A, Glenville. See all of her work and purchase directly from the artist by visiting her website maryfrances.faso.com