A School Board Divided - SRO’s Shot Down Again 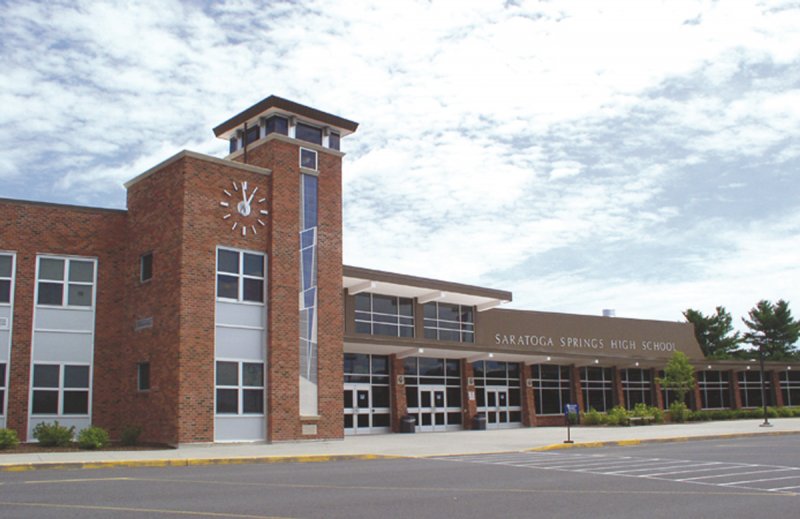 SARATOGA SPRINGS — In school districts throughout the area, school resource officers have seemingly been busy, for better or worse. On September 18, an investigation was conducted in Ballston Spa by the Sheriff’s office in conjunction with the school resource officer. After receiving a tip, police identified a student that made a school shooting threat on the popular online platform Snapchat. While law enforcement determined that the person who sent the message did not have the means to carry out the threat, nor was that threat credible, it was still a nervy time for school officials. Just eight days later, the school resource officer employed in Watervliet High School caught whiff of a potential gang-related shooting that was to take place at the local football game, a convenient meeting point. Out of “an abundance of caution” the game was moved to a neutral location in Schuylerville, according to Watervliet Police Chief Joseph Centanni.

The debate as to whether school resource officers belong in Saratoga’s schools, specifically their  elementary schools, is seemingly unavoidable - the conversation has been had at every board of education meeting as of late. While this isn’t a new debate, it’s an important one and something that is on the forefront of district parent’s minds. At the last school board meeting, the Town of Wilton made a generous offer to ease the minds of parents that want a police presence at their children’s schools.

Ray O’Connor, a representative of the Town of Wilton offered, on behalf of the town, to fund a fulltime SRO at Dorothy Nolan Elementary, which is located within Wilton’s limits. The town offered to pay the salary ($75,000 annually) for the next five years for an officer to be located at Dorothy Nolan - but ultimately the decision to add the SRO is up to the board of education. This offer echoes Saratoga’s Public Safety Commissioner James Montagnino’s statement last month that, “If tomorrow morning the board of education were to say, ‘We would like to have one or more additional school resource officers in any or all of the elementary schools,’ the Department of Public Safety would provide trained SRO’s regardless of the question of cost.”

With the town of Wilton and Saratoga both offering to pay for the SRO’s, budgetary concerns don’t seem to be what’s halting the employment of these trained officers. After Ray O’Connor’s offer, the board voted 5-4 in favor of ultimately delaying the decision to add SRO’s - that is at least until NYSIR, an insurance company for the district that provides guidance about minimum requirements for school safety necessary to prevent legal liability, makes their recommendation later this month. Importantly, in a previous audit, NYSIR made a recommendation that Saratoga’s high school and middle school should employ an SRO, which was then obliged by the board.

Those against the recommendation, though, claim that SRO’s make the students more anxious and aware of potential violence, rather than giving them the feeling of security that the officer is intended to provide. They cite things like the “weapons effect” a social phenomena where violence begets violence. Those in favor claim that SRO’s are trained personnel and provide a first line of defense, and that party politics nor ideology should get in the way of student safety, especially if the respective towns (Saratoga and Wilton) are offering to pay to fill the positions. However, if the last audit can be extrapolated here, NYSIR’s recommendation will ultimately trump the opinions of local parents and the school board will follow the insurance company’s advice. The next audit is later this month and will set the precedent moving forward.

More in this category: « Incentives Raised as SSCD Tries to Land More Bus Drivers Building for the Future: “Women in Trades” Shed Build Success at the 2022 Showcase of Homes »
back to top