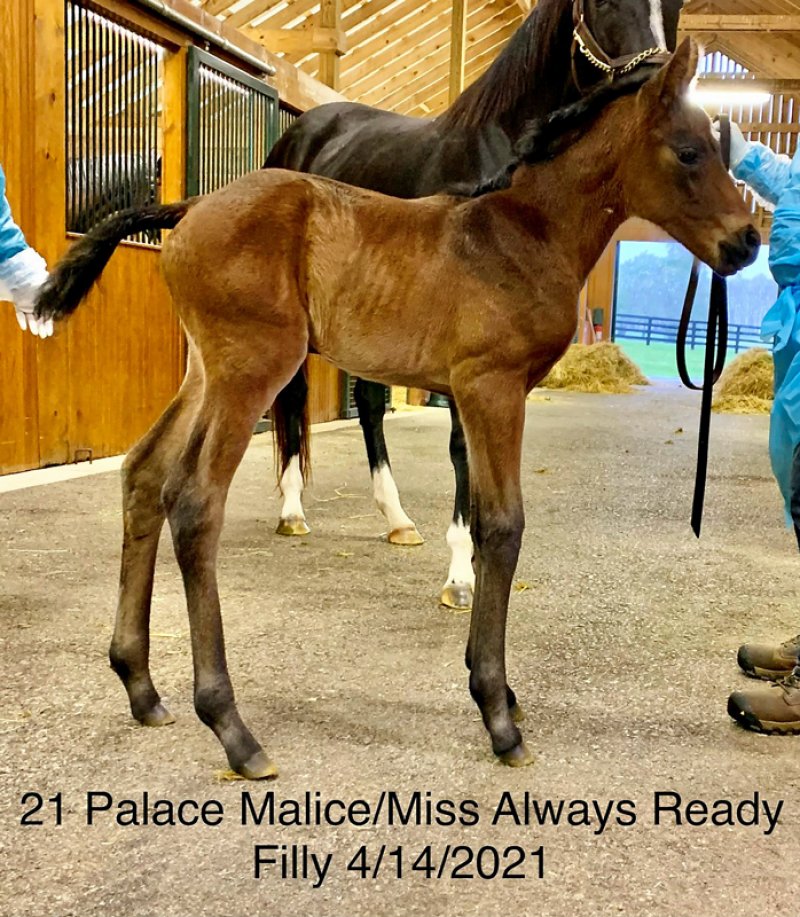 Miss Always Ready, a 9-year-old mare owned by Three Chimneys Farm, delivered a filly by Three Chimneys stallion Palace Malice on April 13 at the farm as part of the National Museum of Racing and Hall of Fame’s Foal Patrol Season 4. The newborn filly weighed in at 132 pounds with a height of 42.1 inches. This is the third foal of the season delivered on Foal Patrol. Both the mare and foal are healthy and doing well.

Miss Always Ready, a daughter of More Than Ready out of the Dehere mare Miss Seffens, delivered her Palace Malice filly more than two weeks after her expected date of March 30. The foal is a full sibling to Structor, winner of the 2019 Breeders’ Cup Juvenile Turf. Structor was Miss Always Ready’s first foal. She has also given birth to fillies by Palace Malice (2019) and Gun Runner (2020).

There are four mares participating in Foal Patrol Season 4. Along with Miss Always Ready, the mares Miss Chapin (Mill Ridge Farm) and To the Moon Alice (Old Tavern Farm) have already given birth this season. The final mare in this season’s program is Janae at Safari North Farm in Versailles, who is scheduled to deliver her foal by Malibu Moon any day now.

Foal Patrol is a one-of-a-kind interactive web project featuring a collection of live cameras where people can view real-time streams of mares and their foals. The live camera feeds will be available according to each horse’s daily schedule, set by the farm. For more information, visit foalpatrol.com.