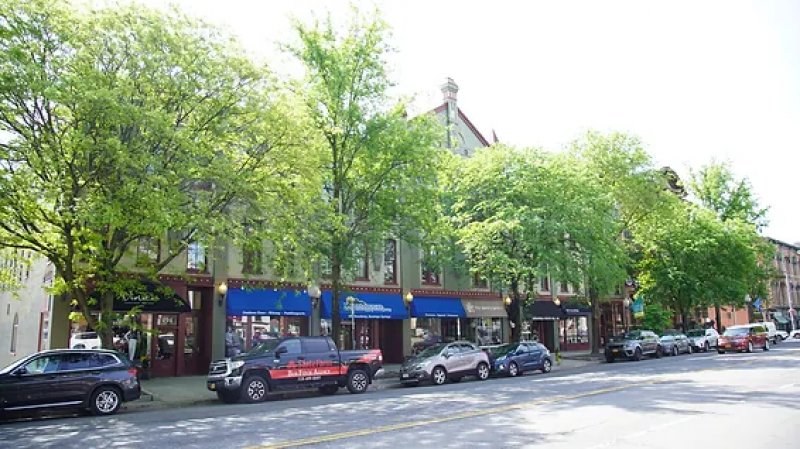 The Saratoga Springs Downtown Business Association asked their members about the economic impact of the summer season on downtown business. Restaurant owners and retailers weighed in saying, in some cases, they “broke records.”
BurgerFi's Kevin Cleveland says he believes the increase in his sales was due to both the Saratoga Race Course reopening to the public and Saratoga Performing Arts Center’s packed events calendar.
“June was up, July was up, August was flat. I give that a victory because during the pandemic we were up,” Cleveland said. “The Track season was better this year. I think masks-off really helped.” Cleveland said. “The SPAC schedule also has a lot to do with our business. When Luke Bryan came into town, we had huge sales. The late cancellation of the Dead and Company concert provided downtown with people who needed to make their trip worthwhile," Cleveland said.
Three other popular downtown retail stores, Lifestyles, Caroline and Main, and Union Hall all broke records in August, according to owner Heidi Owen-West. She says they reached sales goals they didn’t expect to hit for years.
“Our summer boost started right in the beginning of June. Our numbers have been the best ever. In August, we hit a milestone we never hit before,” Owen-West said.
“People were so grateful that we are still here and doing things as a business community, and we heard this all summer,” she explained. “We sold so many items for weddings and special occasions. We are dressing people for their lives again. People are really back to living their lives again.”

The positive season was a hit for many downtown stores, including Impressions and Dark Horse. Co-owner Maddy Zanetti said they typically do 60% of their business during the summer season. And this summer was one of their best.

“The summer for us, especially the racing season, that’s our holiday, our Christmas of retail,” Zanetti said.

“We extend our hours and double our staffing during that time. Our next increase in business is the actual Christmas Season.”
With the horse races bringing in thousands upon thousands of new customers, Saratoga business owners say it can all be a little overwhelming, but in a good way.
“I say we can sleep in January,” Zanetti jokes. “I think if more businesses stayed open later, it would have an even bigger impact downtown. We hear over and over again that we’re the only ones open late.” With fresh customers coming from all over the world, their purchases can sometimes be a little surprising, as some stores found out.

“The big surprise was how many sweaters we sold during the hot days,” Celtic Treasures Owner Paul O’Donnell said. “We had a very robust season. Last year was a good year, and we’re slightly above last year.”
“We had so many people come in here and say this is our favorite store,” Celtic Treasures’s Jill Smith said “It’s a beautiful store and it keeps getting better and better.”
Saratoga County collected $90.9 million in sales taxes during the first 7-months of 2022. That’s a 6.4 percent increase from this same time last year, according to data from Saratoga County Sales Tax Collections.
President of the Saratoga Springs Downtown Business Association Deann Devitt says they are so thankful to have such a vibrant and collaborative business community in downtown Saratoga.
“The correlation between our downtown’s success and our business partners, NYRA and SPAC, is evident in this year's numbers,” Devitt said. “Downtown successfully weathered the storm that began in March of 2020, and we are so grateful that all of the contributors of our community are back.”
Read 498 times
More in this category: « Fall Fest & The Great Saratoga Pumpkin Hunt Helen Edelman and Bill Walker Wed »
back to top