Inspirations of a St. Patrick's Day Phone Call and When Ben & Jerry Sought to Build Their Empire in Saratoga Springs 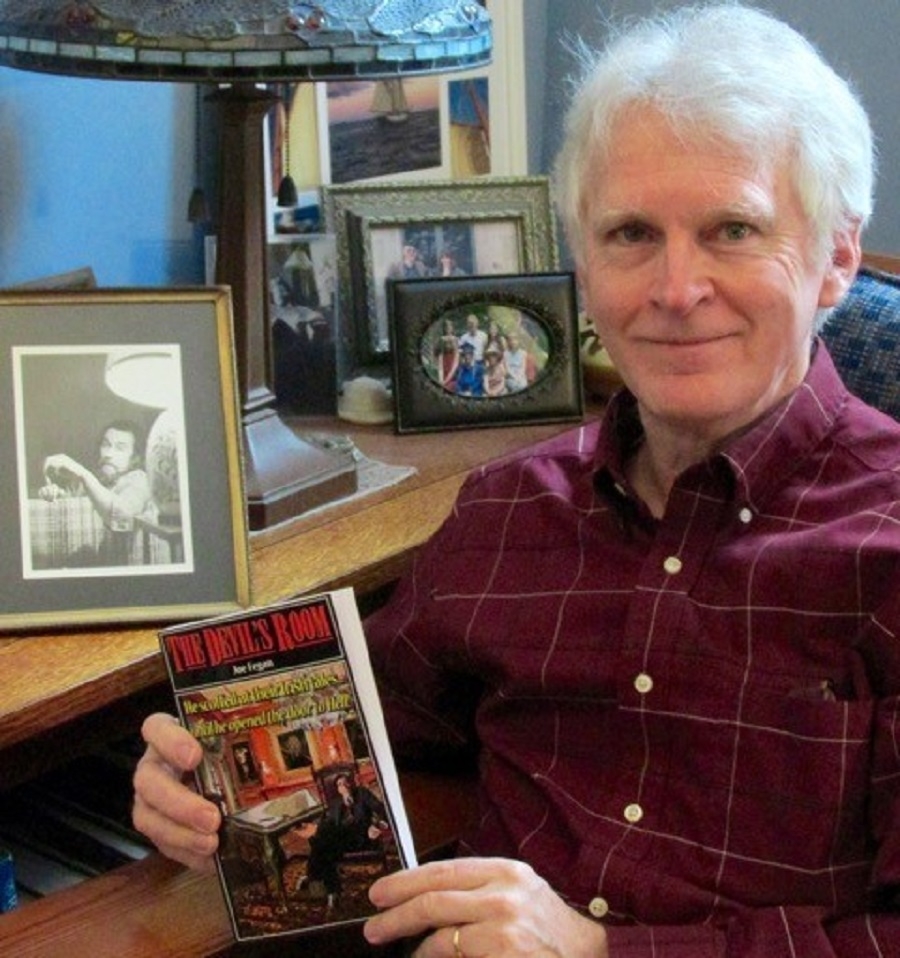 Who: “Joe Fegan” aka Jeff Durstewitz

- Where are you originally from?

I’m from Merrick, Long Island, where I became friends with a couple of guys named Ben and Jerry.

Yes. They’re old friends and we still get together. I brought Ben & Jerry’s to town here in 1983. I’m the original franchisee. Saratoga was the first one in New York State.

- How did that come about?

I was a copy editor at the Philadelphia Inquirer when I quit my job to come up here and start an ice cream franchise. You know this was the first place where they originally planned on opening. Ben had (previously) worked at Mrs. London’s, which was then on Phila Street. Ben and Jerry liked it here a lot. In the summer of ’77 they planned to lease a building and zeroed in on a place on Broadway…it didn’t work out. After that, they felt: well, that’s it; we can’t open in Saratoga because we can’t get the location we want, so let’s open in our second choice, which was Burlington.

- Tell us about your book, “The Devil’s Room,” which you wrote under the name Joe Fegan.

That started when I got a phone call on St. Patrick’s Day in 1992 from Campbell Black. He wrote thrillers and was very successful at that point in his career. He wrote the novelization for “Raiders of the Lost Ark.” He was my writing teacher at Oswego State in ’71. We became close friends and he was always bugging me to write fiction.

Campbell bought this incredible palace, in Ireland. If you could imagine the set of a ghost movie, it was like that: haunted to the max. It must have had 20 rooms. There was this one little room on the second room that was blocked off from the inside and walled-in. They called it: The Devil’s Room. That inspired the idea. What if they took down the wall? What might happen?

So, I had fun with it. And it’s meant to be a comedy, not a horror show. It starts in Ireland, then it comes to a small upstate New York town that has an arts college and a horse track. Tony Markellis - who is not only a musician, but also an artist, did the cover.

- Where can people get the book?

At Celtic Treasures and Northshire Bookstore and online at Amazon.com.

- How has Saratoga Springs changed since you first settled here?

I first came to Saratoga in the late 1970s. My parents bought a place in Schuylerville and I used to come visit them. I brought Ben & Jerry’s to town in 1983 and the next year the City Center was built. That was a change like night-and-day. This was the very beginning of Saratoga’s resurgence.

We’ve seen a tremendous amount of change here and I would say, in general, the changes are for the best. People who complain about the development should take a drive around. Upstate New York, in general, is a wasteland. Then you look around here and it’s a lot better than the alternative. It’s a very interesting town. Look at the history, the characters, the statues in the park – it’s incredible. How many little upstate places have anything like this?

More in this category: « Tales from the Vietnam War Annual Winners Named »
back to top