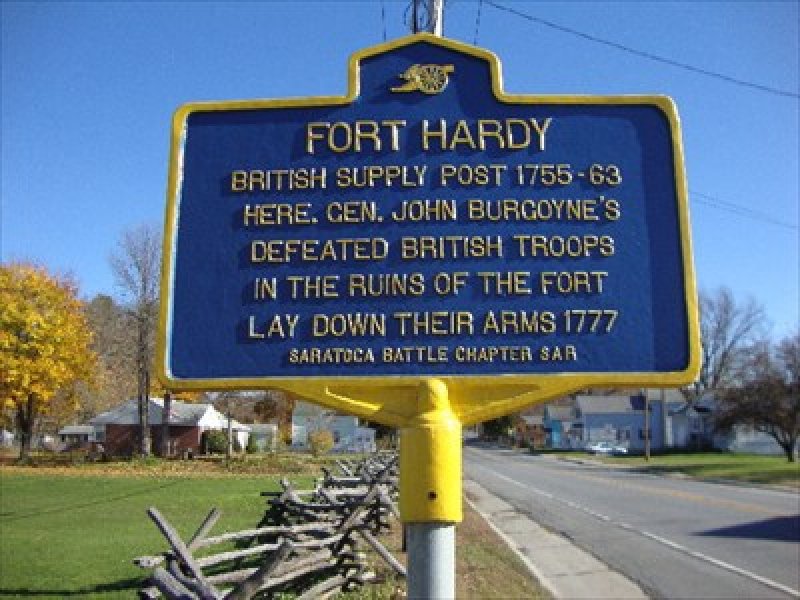 SCHUYLERVILLE — The 245th anniversary of the Battles of Saratoga, America’s Turning Point, will be commemorated at 9:30 a.m. on Surrender Day - Monday, Oct. 17, in Schuylerville’s Fort Hardy Park,  with artillery firings, sword surrender ceremony, and music.

Surrender Day commemorates the victory of the American army of General Horatio Gates over British forces commanded by General John Burgoyne at Saratoga, New York, on Oct. 17, 1777.  Surrender day is a partnership of the town of Saratoga, the village of Schuylerville, Saratoga County 250th American Revolution Commission, and Saratoga County History Center.

The ceremony is at Fort Hardy Park, the historical ground where the British forces surrendered and laid down their arms, bringing the Battles of Saratoga to an end.

The 45-minute event will feature British and American re-enactors, cannon salutes, musical entertainment, and “13 Toasts” to the Victory at Saratoga.  The celebration will be attended by students from Schuylerville elementary schools, who will present essays about the “turning point” of the American Revolution.  State historian Devin Lander will deliver the keynote speech.  Please bring your own chair and wear patriotic attire.

“Historians have always pointed to America’s Turning Point as being the most significant in world history, as there was a transfer of territory so vast, and the influences were so far-reaching,” says Saratoga Town Historian Sean Kelleher.  “The Surrender at Saratoga launched two centuries of revolution elsewhere.  It ushered in the end of the British Empire and brought the United States of America to life.  It is important that our community continue to recognize this important day in global history.”

More in this category: « Groundbreaking at Flat Rock New Tang Exhibition Explores Human Fascination with Outer Space »
back to top