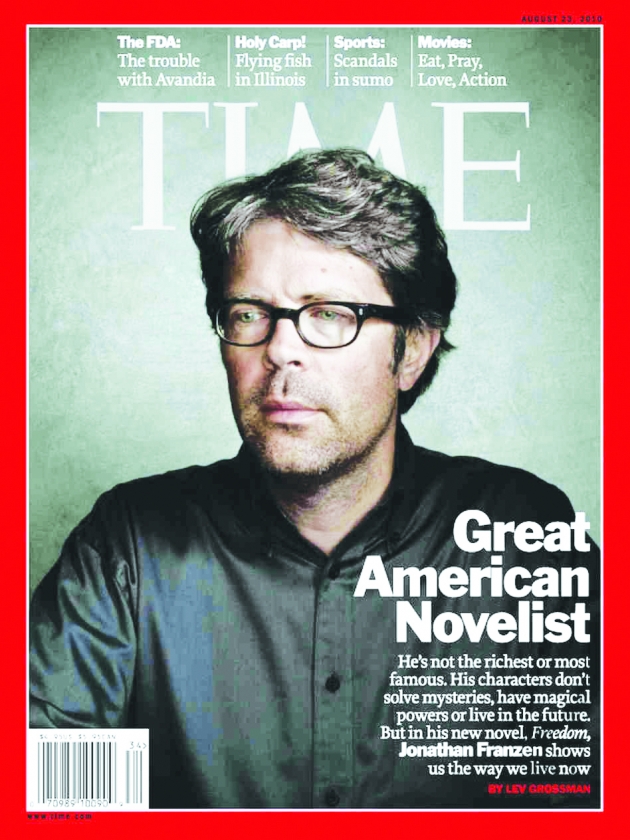 SARATOGA SPRINGS — Any time you appear on the cover of Time Magazine it’s a pretty big deal. But when that cover’s headline touts you as the epitome of your profession, it’s a bigger big deal.

So it is a foregone conclusion that Skidmore College is swelling with pride as they invite the general public to attend a free lecture by author Jonathan Franzen on Thursday, October 3 at 8 p.m. at the campus’ Gannett Auditorium in Palamountain Hall.

The reading and discussion that evening is titled “Jonathan Franzen: The Novel and the World,” and the program will include the awarding him an honorary doctorate. A book signing by the author will follow this formal program and all of Franzen’s books will be available for sale.

The lecture is part of Skidmore’s Steloff Lecture series, which is always a highlight of the fall semester. Since 1968, the Steloff series has brought some of the world’s leading authors to the campus including Anaïs Nin, Joseph Campbell, Arthur Miller, William Kennedy and Zadie Smith.

Franzen’s most recent novel, “Freedom,” published in 2010, was widely praised and led to his appearance on the cover of Time. His newest book, “The Kraus Project,” is to be released on October 1.

Franzen has also written essays for many prestigious magazines including  The New Yorker and Harper’s on a wide variety of subjects, taking on everything from Twitter and e-books to the disintegration of Europe and the self-destruction of the United States. A number of these essays are collected in the volumes “How To Be Alone” and “Farther Away.” His 2006 memoir is titled “The Discomfort Zone.”

Read 2243 times
More in this category: « Voice of the Mountains: Jeanne Robert Foster It’s All About the Giving »
back to top