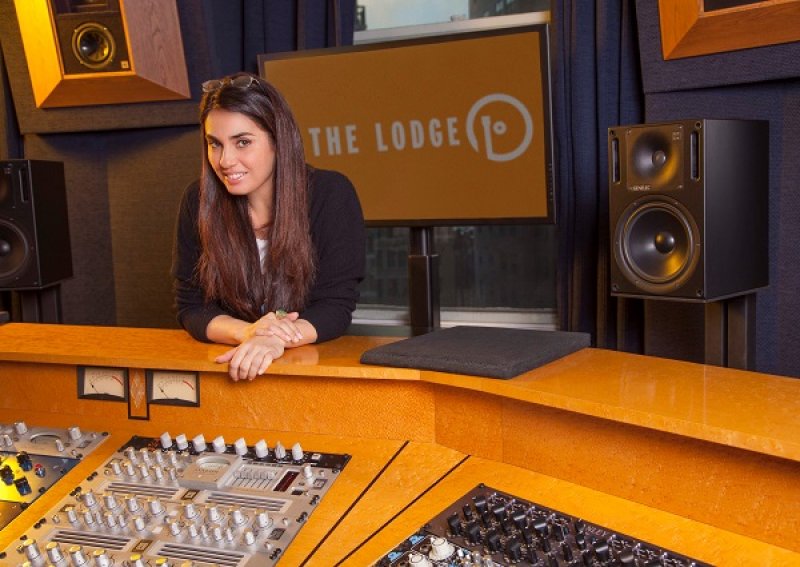 Emily Lazar, behind the control board. Becky Yee/Around Digital Media

Emily Lazar, a member of the Skidmore College Class of 1993, earlier this month won a Grammy for Best Engineered Album, Non-Classical for her engineering work on Beck's "Colors" album. She is the first woman to win in the category, according to the college.

As president and chief mastering engineer of The Lodge, which she started in 1997, Lazar has worked with a range of groundbreaking music from platinum-selling artists such as David Bowie, Lou Reed, Destiny's Child, The Raveonettes, Madonna, Saratoga Springs' own The Figgs, Missy Elliot, Sonic Youth, The Donnas and Ian Hunter, to name a few.  She has also mastered original sound tracks for feature films including "Training Day" and "Boys Don't Cry" and TV series such as "Six Feet Under."

After studio internships, jobs and a master's in music technology from New York University, Lazar opened up her own space, Lazar told CNBC, after accepting her award.

Lazar was previously nominated in 2014 for the Foo Fighters' "Wasting Light," which was up for Album of the Year, and for Record of the Year for Sia's hit "Chandelier” in 2014. In 2016, she was nominated for Best Engineered Album, Non-Classical for her work on the album "Recreational Love" by American indie pop duo The Bird and the Bee. Lazar completed a major in English and a minor in music at Skidmore.