A Force of Gymnasts to Reckon With 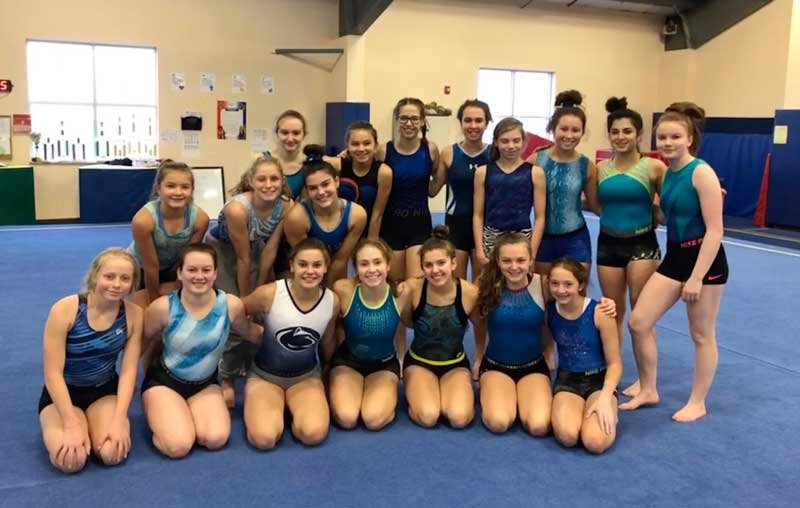 SARATOGA SPRINGS — The Saratoga Gymnastics team is a force of gymnasts to reckon with. They are already having a fabulous season and show no signs of stopping. Gymnast Ava Dallas is ranked 1st all-around.

“My beam routine is really starting to come together as I add back in some of my higher level skills,” commented Dallas.

“Honestly, I’m just happy to be able to compete after being sidelined for a few weeks at the beginning of the season with a stress fracture in my back.  The doctor suggested that I shut it down for the season, but this sport and this team mean too much to me to miss my junior year.”

Dallas was able to modify her routines and eliminate skills that caused her discomfort.

“My back won’t be fully healed for several more months but right now everything feels good and I’m looking forward to Sectionals and States.”

Saratoga Springs Gymnastics moved to 5-0 on the season by defeating previously unbeaten Bethlehem 170.75 – 166.35 on Monday, January 20 at the Wilton YMCA.  Although the Bethlehem team score broke a school record, the Blue Streaks were too much as they secured 3 of the top 4 all-around spots led by Sophia Damiano (1st all-around; 36.55) followed by Ava Dallas (2nd all-around; 36.10) and Carly Ruschak (4th all-around; 33.85).  Bethlehem’s top all-around performer was Alison Gray (3rd all-around; 34.25).  Saratoga gymnasts captured the top spot in each of the four individual events with Ava Dallas winning the bars (9.10), the beam (9.15), and the floor (9.10).  Sophia Damiano captured the vault (9.25).

More in this category: « Adirondack Thunder to Host Annual Stick it to Cancer Weekend Local All Star Moments: Jan. 24-30, 2020 »
back to top