Core training has become an extremely popular phrase lately but I’m not sure people truly understand what the actual function of the core is. So when I ask people what they feel they need the most work on, I will typically get the response that they have a weak core and need to strengthen it. And if I was to ask that same person how they would strengthen their core, they usually say something like sit-ups (which drives me crazy!). Now I’m not saying that sit-ups won’t get you stronger or work your core, but I will say that I don’t believe that it is the best way to train the core, because it isn’t how our core is designed to function.

From a functional standpoint, the joints in our body are either designed to be mobile or stable. If it is mobile (think hips and ankles), then we want to move it freely through different ranges of motion. If it is stable (think knees and lower back/core), then we want to limit movement in that joint as much as possible. So when we think about the core and our lower back, we want to limit the movement, so doing endless amounts of sit-ups (think flexing the low back) and crunches might not be the optimal exercises for functionally strengthening the core.

The ANTI approach has become a very popular concept (and for good reason) in the health and fitness industry. This approach towards core training is to make people more aware of how the core truly functions by making people look at the core as anti-movement muscles. So we want to do exercises that challenge us to not move those muscles such as planks and avoid exercises where we do move them such as sit-ups.

Alright everyone, now that I told you how the core actually works, I am going to give you some of our favorite core exercises that we perform at Gunning Elite Training on a regular basis. These exercises follow the principles of the ANTI approach in different planes of motion. I think it is so important to train our bodies the way they are designed to work rather than against, so we can live a long and healthy life. Stay strong and keep GET’n after it! 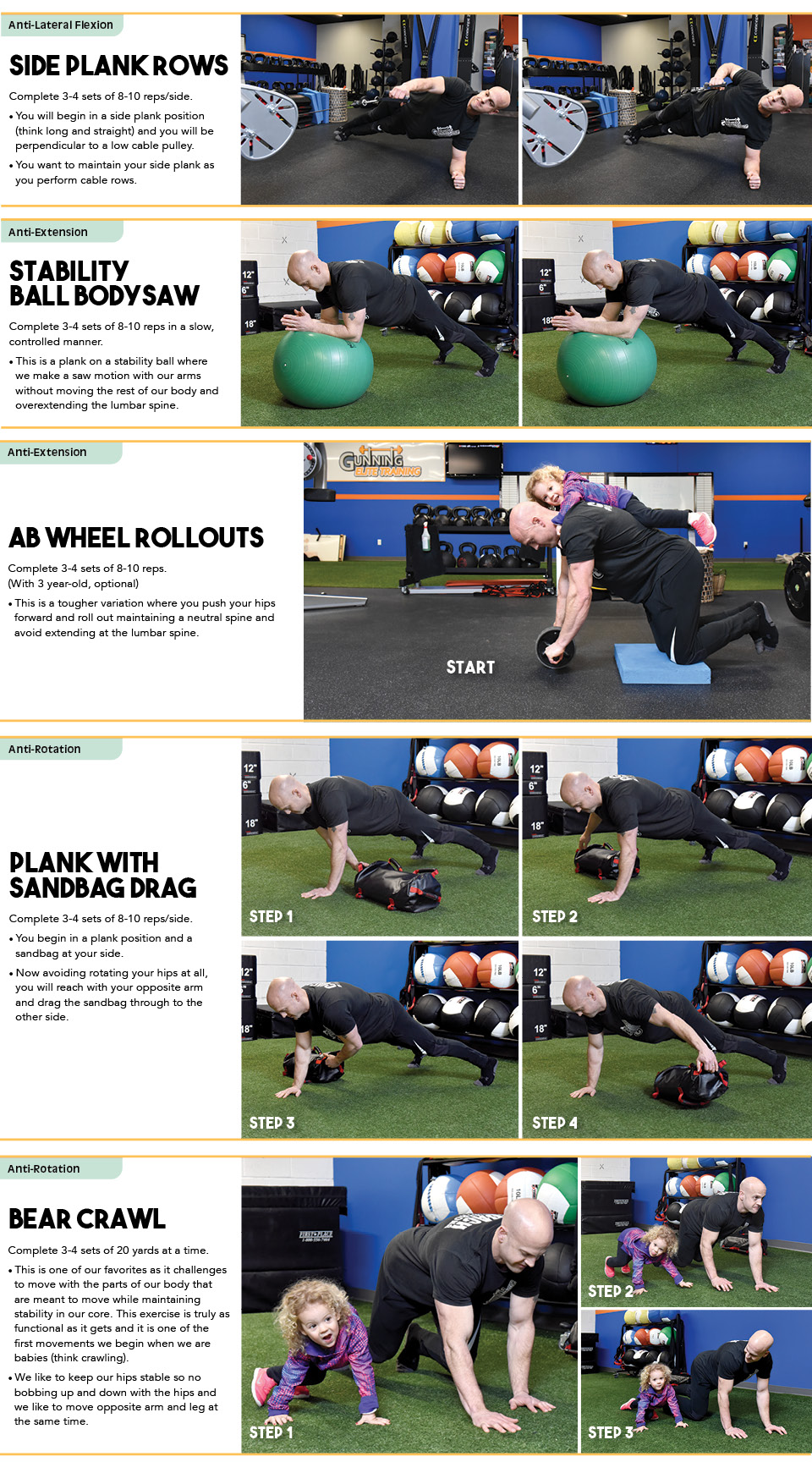 More in this category: « Stay Healthy, Saratoga: Not Just a Walk in the Park Kentucky Derby Postponed to Sept. 5; NYRA Issues Statement Regarding 2020 Belmont Stakes »
back to top