Athlete of the Week: Sophia Damiano 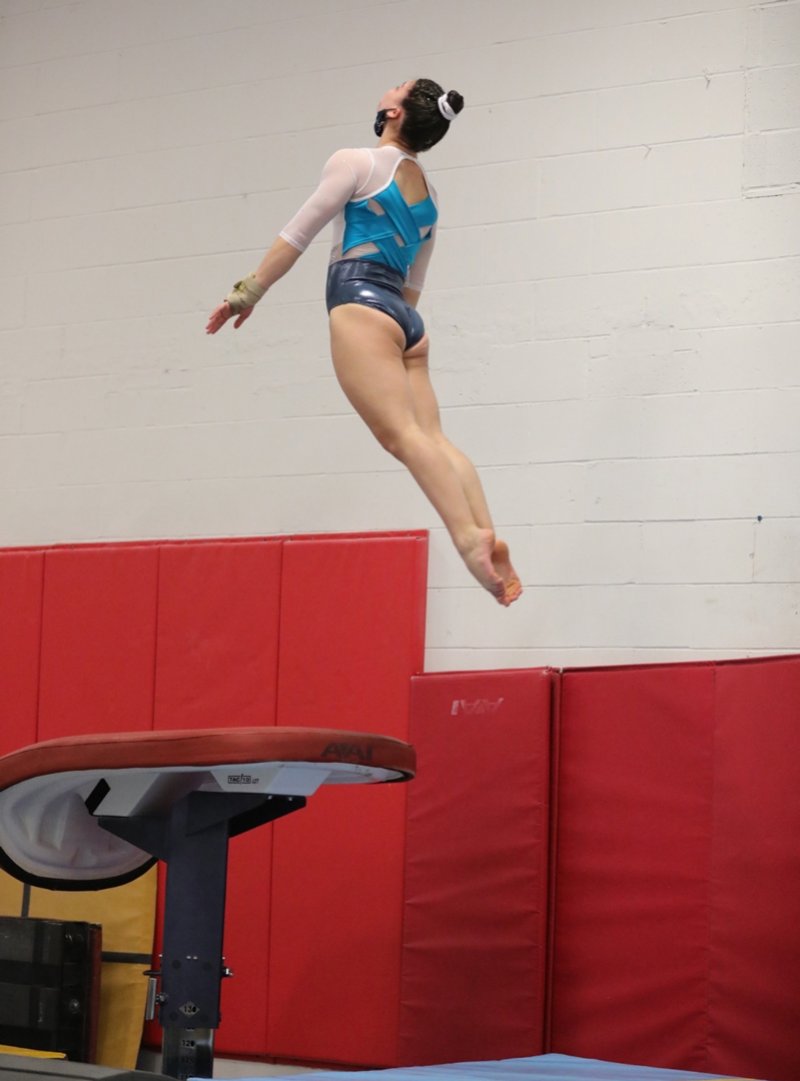 Congrats to this week’s Athlete of the Week – Sophia Damiano!

Sophia finished her gymnastics career on the varsity team at Saratoga Springs High School in February, after being Co-Captain for the last two years. She just recently finished her USA Gymnastics (USAG) season at the Eastern Nationals. She has done competitive gymnastics since the fourth grade. She also competes with Cartwheels Gym in Clifton Park.

This year, her senior year at Toga, Sophia broke her own records. She had a career high All Around score of 37.45, she had a personal best on Floor with a 9.575, she captured the Section 2 vault record with a 9.65 her first meet of the year, and she broke Vault records for a 3rd time at a later meet and established the Section 2 record with a 9.75. This past season Toga won 7 out of 9 meets in the Suburban Council.

Her senior year at USAG States, she took 1st in Vault, 2nd in Bars, and 2nd in All Around. At USAG Regionals in Massachusetts, she took 2nd in Vault and 4th in Beam. She then advanced and traveled to Eastern Nationals with Region 6 in Georgia, where she competed against 226 senior level gymnasts. She medaled on Vault with a 6th place finish with a score of 9.6.

Sophia has been a High Honor Roll student for all four years at Saratoga Springs High School. She balances her AP and Honors course loads with a 20+ hours a week training schedule. She has been a member of SALT Club and Spanish National Honor Society. She has volunteered for SNACpack, Helping Hoops, and Ryan’s Run over the last few years.

Several NCAA collegiate gymnastics teams were recruiting Sophia, and she is thrilled to be continuing her career at Rhode Island College with Coach Monica Nassi, a former Spanish National Olympic Team member. She will be a Specialist in Vault, Beam, and Floor during her freshman year, while studying Registered Nursing to further pursue a Nurse Practitioner degree.

Sophia has a positive outlook on her athletic and academic experiences. She is reflective and grateful for everyone that has helped her reach her potential.

More in this category: « Do the Brandtville Boogie! SCB Continues Dance Programming with Summer Classes & Nutcracker Auditions »
back to top