Saratoga’s Swimming (and Diving) To Sectionals 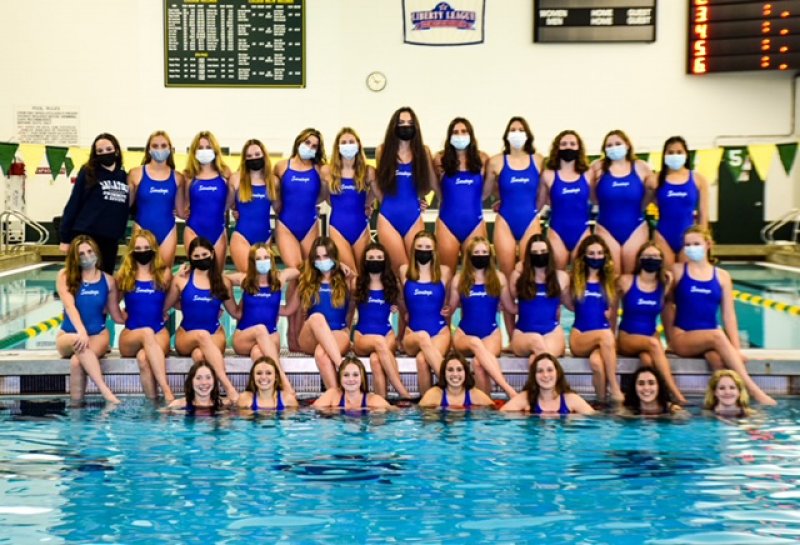 SARATOGA SPRINGS — Coming off last year’s season and adapting to the pandemic, the Saratoga Springs Varsity Girls Swimming and Diving Team have accomplished a 6-4 record this season and are headed to sectionals.

“They are doing a fantastic job of readjusting to the new normal,” said Head Coach Josh Muldner of the girls’ diligence to masking and following COVID precautions.

The team had two close meets between Bethlehem and Niskayuna this season that came down to the last relay, but unfortunately, they fell short of an 8-2 record. They redeemed themselves at the Shenendehowa invite, placing the highest that Saratoga has in years at 7th out of 18 schools.

They are headed to sectionals on Thursday, Nov. 4 for diving and Friday and Saturday, Nov. 5 and 6 for swimming. The meet is in person with spectators, compared to last year’s meets that were all held virtually.

One senior, Rachel Love, is already qualified for states. Love is a two-year defending champion in her two events, and she is looking at competitive colleges and universities to continue her swimming career at.

The team has welcomed the addition of 12 new teammates this season as well.

“The incredible leadership of our seven seniors and three captains have guided the team in a great direction,” said Muldner. “They magnify my voice to the girls and set the stage of how we operate.”

Another thing about this team is that philanthropy is close to their heart. Every year the Varsity Girls Swim and Dive Team holds a Swim-A-Thon to raise money for charity. The team has raised an impressive $4,000 this year with 100% of it being split 50/50 between two charities. They have chosen St. Peter’s ALS Center in Albany that helps those battling Lou Gehrig’s disease, and To Life! that provides support for breast cancer patients and survivors.

“They are a dedicated, hardworking team, who enjoys spending time with each other,” added Muldner. “I couldn’t be more impressed with them.”