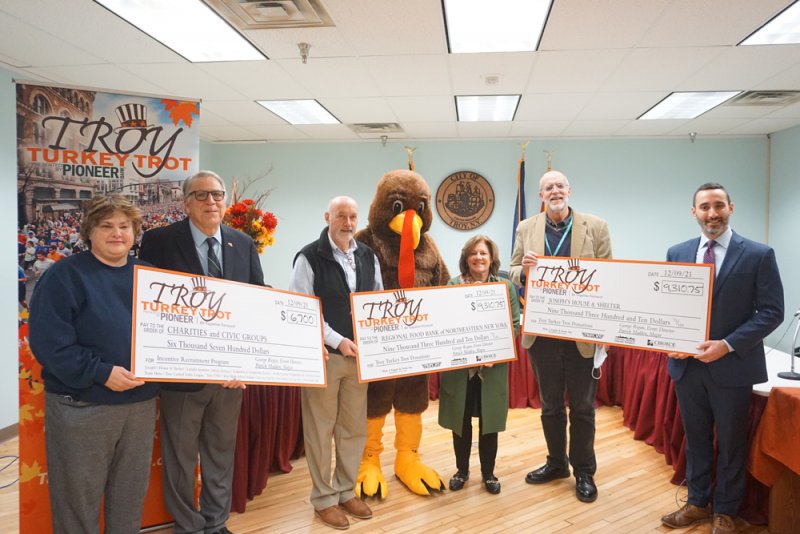 TROY — Representatives of the Troy Turkey Trot gathered at Troy City Hall on Dec. 9 to recap this year’s event and hand out checks totaling $25, 321.50 to the event’s two primary charities, the Regional Food Bank of Northeastern New York and Joseph’s House and Shelter, as well at 15 regional civic groups. Funds came from the Pioneer Foundation and donations during online registration. This year’s Trot, which was the event’s 105th anniversary (74th running), drew 5, 471 participants from 41 states/provinces and 7 countries, including Sweden, UK, Denmark, Germany, and Turkey, to the Collar City on Thanksgiving morning, Participants took part in the region’s only 10K, 5K, Grade School Mile, and one-mile Turkey Walk. The Troy Turkey Trot is one of the City of Troy’s signature events. It is the nation’s 12th and world’s 64th oldest road race and has been held 16 times between 1916-1963 and continuously since 1964.