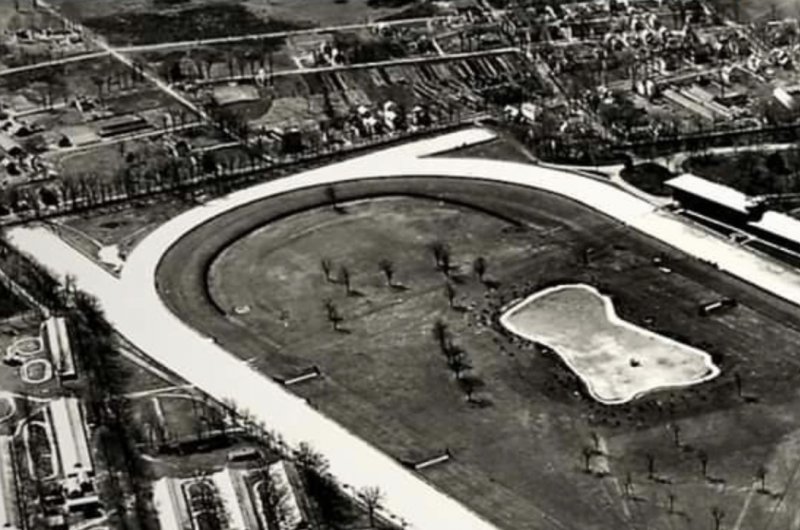 One can notice the “chute” in the top right corner of the first turn. Photo courtesy of Saratoga Race Course.

SARATOGA SPRINGS — In less than six months, Saratoga racing fans will have the opportunity to witness and wager on the return of the one mile “dirt chute.” The chute made a one-year cameo appearance in the early 90’s after being dropped in 1972.

The mile was added at the turn of the 20th century by investors including Richard T. Wilson, thus the name became the “Wilson Chute.” The mile will begin in the first turn where parking took over in 1972; it shall be a straight line into the middle of the track at the clubhouse turn (parallel to Nelson Avenue).

This will be a great addition for owners and trainers that have horses that are milers and not be delegated to run 7 furlongs (7/8 of a mile) nor 9 furlongs (1 1/8 mile) – a difference of a quarter mile. Another advantage is that races taken off the turf will now leave trainers with an option to choose the mile as a second choice instead of scratching the entry or entries at a different distance on the dirt.

New York Racing Association (NYRA) already has a few great mile races with the G1 $750,000 Cigar Mile at Aqueduct and the $1,250,000 Met Mile at Belmont. The resurrection of the Wilson Chute may spring Spa fans a Graded mile race or two sometime in the future. There is no word from NYRA as of yet, as their summer racing schedule will not be available until April. Last year saw 18 G1s and 44 graded races in total, absolute quality racing from around the globe.

In 2021, the Spa set records across the board in all avenues from attendance to handle, as well as quality of racing. Longtime excellent trainer Steve Asmussen broke Dale Baird’s North American record for wins at 9,446 at Saratoga on Saturday, Aug. 7, a remarkable feat for the 56-year-old from South Dakota.

The summer meet starts Thursday, July 14, and will consist of 40 racing days ending on Labor Day, Monday, Sept 5. One again there will be no racing on Mondays and Tuesdays, except for Labor Day – closing day.