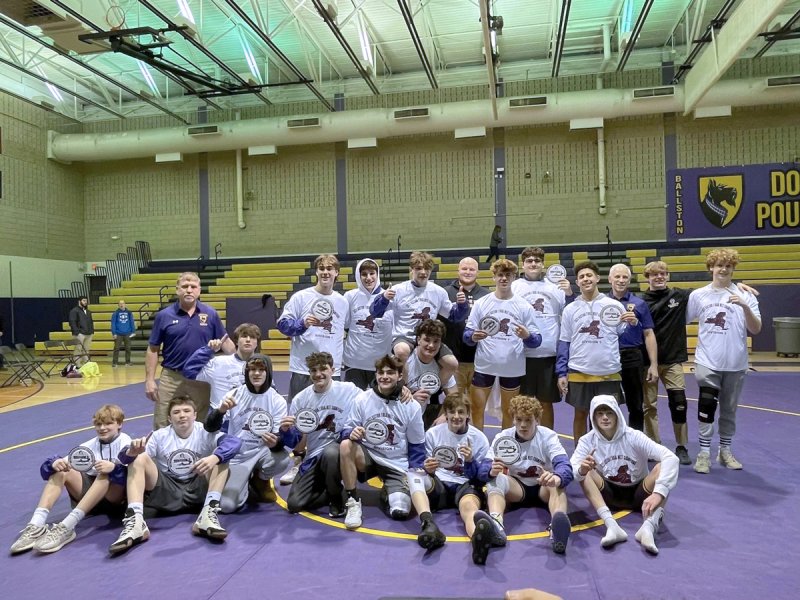 BALLSTON SPA — The Ballston Spa varsity wrestling team pulled out a pair of huge victories on Tuesday, defeating Saratoga Springs and Burnt Hills-Ballston Lake to win the Section 2 Division 1 Dual Meet Championship and clinch a spot at the state championships.

It is the first-ever Dual Meet championship for the Scotties, who beat Saratoga 33-29 in the opening round before coming away with another narrow victory in the championship, defeating Burnt Hills 34-33.

Ballston Spa will compete as a team at the NYSPHSAA Dual Meet State Championships, held Jan. 28 at SRC Arena in Syracuse.

See below for results from both matches:

More in this category: « Verdile’s 25 Points Guide Scotties Girls Basketball To Win Over Schuylerville Scotties’ Underclassmen Wrestlers Step Up At Schenectady Invitational »
back to top