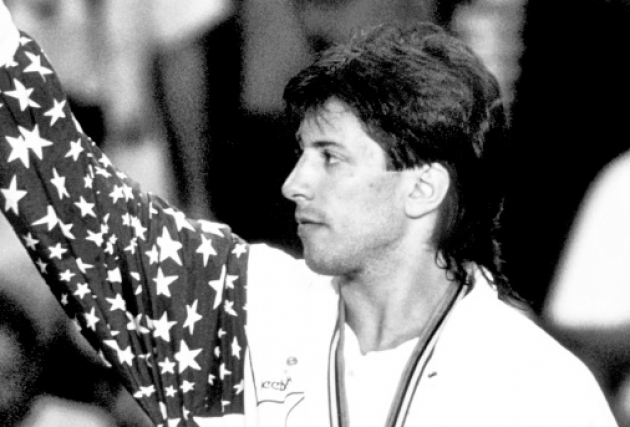 SARATOGA SPRINGS — “A loss of sight, never a loss of vision.”

That is the motto for the inaugural Camp Abilities Saratoga, a one-week overnight developmental active sports camp that will be held at Skidmore College for children and teens who are blind, visually impaired or deaf blind.

“We want the kids to know they can do this stuff,” said Director of Camp Abilities Saratoga John McDonald. “Just because they’re visually impaired or deaf doesn’t mean they can’t participate in active sports. They also get to live on a college campus for a week and get that independence. As they start coming to camp year after year, when it comes time to go to college they have that experience.”

A service project of the Saratoga Springs Lions Club, Camp Abilities is designed to empower children and teens (ages 10-18) who are blind to be physically active through sports and social activities. The program can help play a critical role in creating and reinforcing self-esteem and confidence while being with others who share similar joys, frustrations and obstacles in life.

The camp will open to welcome the all-volunteer adaptive sports-trained counselors August 2, before the campers arrive the next day. Aside from the sports and activities, there will also be cookouts and concerts throughout the week before the final ceremony on Saturday, August 9, when campers will show off the skills they have learned.

“It’s going to be a whole summation,” McDonald said about the closing ceremony. “There’s progress reports that we will make for the parents and the kids get an opportunity to show off what they learned and picked up. So, they get to demonstrate that. It’s pretty special. From what I understand, at Brockport, it can get pretty emotional.”

Camp Abilities Saratoga will also feature specific sports specialist. One of this summer’s featured specialists is four-time Judo Olympian Jason Morris, who won a silver medal at the 1992 Olympics and was head coach of the 2008 Olympic Judo squad.

“It’s huge to have an Olympian like Jason,” McDonald said. “It gives us visibility locally, regionally, and in our mind nationally.”

Morris, who owns the Jason Morris Judo Center in Glenville, plans on bringing some of his nationally and globally recognized athletes along with him to Skidmore, as he teaches skills that can be used both on and off the mat.

“Judo is a life skill just like swimming,” Morris said. “I don’t care if you’re blind or not blind. It teaches you coordination, self-awareness and self-defense.”

Morris will be doing morning sessions Tuesday, Wednesday and Thursday throughout the week before the closing ceremony.

“This program is so neat because you meet new people with the same challenges,” Morris said.

Aside from the physicality and skill that goes along with the camp, McDonald agreed that a big part of the camp is the friendships kids and teens will walk away with.

“When your kids come home from camp, one of the things they will talk about is all the fun they had and the cool kids they met,” McDonald said. “You get lifelong friendships out of camps. Friendships, self-awareness, confidence…it just sets them up for life.”

“I couldn’t imagine we would be getting kids from Vermont and Colorado,” McDonald said. ‘What it says is there’s a need. That’s what it’s telling us. We wouldn’t have 20 campers if there wasn’t a need. And we’re just scratching the surface. Word is going to get out there. Being in Saratoga in August, there are a lot of things in our region to do—a nationally recognized rowing program and equestrian sports, and just all the other sports at Skidmore College campus.”

The first summer has already met its limit of 20 campers; however, names can be put on a waiting list by calling (518) 290-7050 or emailing This email address is being protected from spambots. You need JavaScript enabled to view it..

With the initial goal being to raise $85,000 for the program, Camp Abilities has passed that and raised around $100,000 in less than a year.

“As long as we can keep doing the fundraising, we’re going to keep doing it,” said McDonald, who plans on having a successful program that spans 20-plus years to come. “It’s amazing what happens once you get out there and start knocking on doors.”

Just two years after members of the Saratoga Springs Lions Club became inspired by Camp Abilities Brockport, Camp Abilities Saratoga has quickly gone from an idea to a reality—a bonafide program doing its part to help.

It’s all about the campers.

“I hope the kids get that feeling of accomplishment—that they took on something that they wanted to participate in and proved to themselves that they could do it,” McDonald said.

More in this category: « Navin Finishes High School Career With State Meet Win What Dreams Are Made Of »
back to top